New coasters arrive to thrill — or scare — your family senseless! 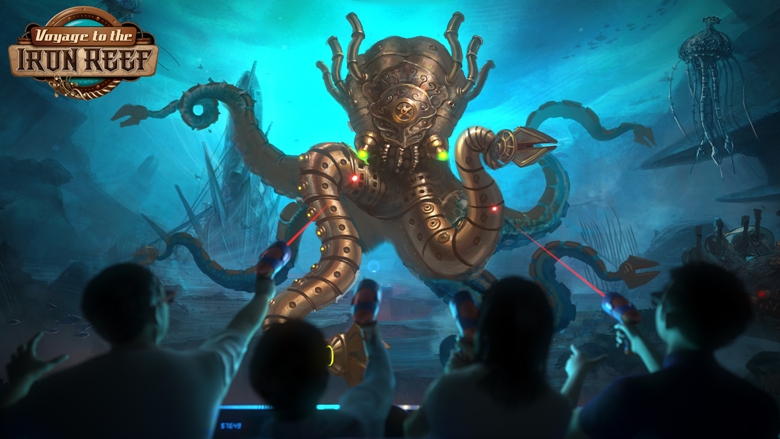 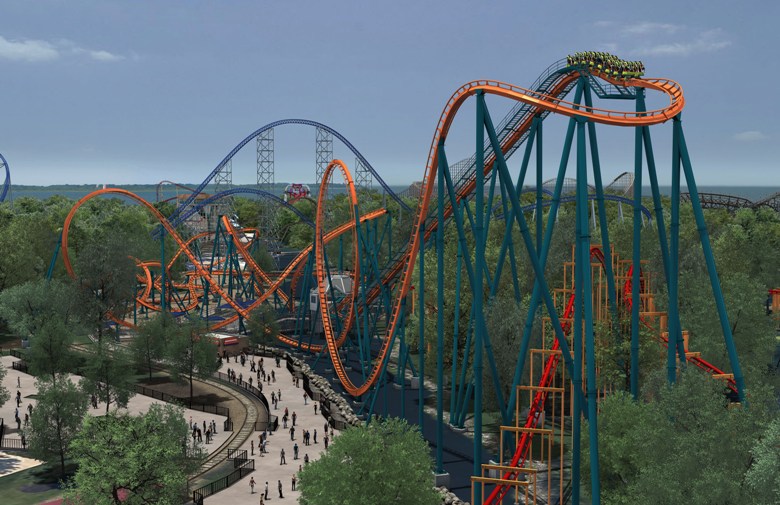 Love them or hate them?

Maybe your family is divided on the subject of roller coasters; my family has been for as long as I can remember. From the time they were just tall enough, two of my kids couldn’t wait to ride the fastest, biggest coasters in the park; the third preferred other attractions.

Me too, especially since I screamed so loud on one coaster that I not only embarrassed my kids, but also lost my voice.

— Swing over a 200-foot cliff at Cave of the Winds in Manitou Springs, Colorado, on the new TERROR-dactyl coaster that goes nearly 100 mph. Think you can savor the views?

— Spin and loop multiple times seven stories in the air on the new Joker Chaos coaster at Six Flags Over Georgia. Did I mention you can control how much you spin?

— Dive down 137 feet going up to 60 mph on Rougarou at Cedar Point in Sandusky, Ohio. As if that isn’t enough, the ride is based on a scary werewolf-type creature.

— Voyage to the Iron Reef at Knott’s Berry Farm in Buena Park, California, on a dark, 3-D ride where you’ll encounter hundreds of creatures of the deep as you try to save Knott’s from doom.

Voyage to the Iron Reef at Knott’s Berry Farm

— Get catapulted nearly 300 feet in the air at speeds up to 60 mph on Slingshot at Carowinds in Charlotte, North Carolina.

Gulp! And that’s just a sampling of what’s out there. (Check out our Taking the Kids Spring Break section for more of what’s new.) Not only are there more thrill rides, but more “dark” rides, like the new 50,000-square-foot “Fast and Furious Supercharged” 3-D motion simulator that has been added to the Hollywood Studio Tour at Universal Studios Hollywood

Temperatures are on the rise and so are hotel prices in a majority of big cities monitored by trivago. But the good news is that hotel rates in April are cheaper than March in destinations like Orlando, Miami Beach and Cancun.  You can also view the full April tHPI report for North American cities HERE.  (sponsored content)

If you happen to have some thrill-averse family members, who just aren’t sure they’re ready for extreme thrills, please don’t force them. I see parents doing this at theme parks all over the country and American Academy of Pediatrics experts tell me that is the worst thing you can do.

“A frightened child may have difficulty following the rules, such as keeping hands and feet inside the ride at all times, and that increases the risk of injury,” says Dr. Gary Smith, director of the Center for Injury Research and Policy at Nationwide Children’s Hospital in Columbus, Ohio. If you are worried about ride safety, however, Dr. Smith adds that serious injuries are relatively rare.

That said, it is important to attend carefully to age, height and weight limits and take care that safety bars and straps are adjusted and locked appropriately, said North Carolina pediatrician and Academy of Pediatrics spokesman Dr. David Hill.

What should you do if you’ve waited on a hot line and your child is too scared to ride? “Exit the line,” said Dr. Hill, author of “Dad to Dad: Parenting Like a Pro.” “If your child really doesn’t want to get on the ride, don’t risk ruining the day. Your child may never share the enjoyment you get from thrill rides, which is just fine.”

How do you know when your child is ready for thrill rides? When they are tall enough and want to ride, suggests Dr. Jennifer Shu, Atlanta pediatrician and co-author of two parenting books. She is also the medical editor of HealthyChildren.org, the Academy of Pediatrics’ website for parents. Shu suggests watching an online video of the ride before visiting the park. If she had last summer, she added, she would have avoided one coaster in Orlando. “I cried the entire time and got sick later. Ugh!”

Yes, we’ve spent big bucks to get into the park — an average of $55 a ticket, and at the big parks, a lot more. (A one-day ticket to Walt Disney World’s Magic Kingdom is nearly double that.) Yes, we’ve waiting on line half the day, but it’s important to remember that “an amusement park is supposed to be fun for everyone,” said Dr. Hill. Encourage the kids to ride, but never force them.

“Let children drive the experience,” he said. “Encourage them to go look at the ride, see the faces of riders as they exit and decide. If they seem excessively frightened, I’d save it for another year.”

“Some kids do well with gentle coaxing,” added Dr. Shu, but “others will become traumatized for years, if forced to do something that turns out to be too scary for them. Know your child and be patient. Start with the slower, gentler rides first.”

Another good tip from Dr. Shu: Make a plan ahead of time in case one of the kids opts out. If there is more than one adult, decide which one will sit out (parks typically let parents switch without waiting in line twice). If you are the solo adult, and he’s too scared, “you should both opt out,” she said.

The key is not to make any child — or grown-up — feel badly or inadequate for opting not to ride. “Some children are naturally more adventurous,” Dr. Shu said. Some adults, too.