TO PARK CITY UTAH FOR SOME FUN IN THE SNOW 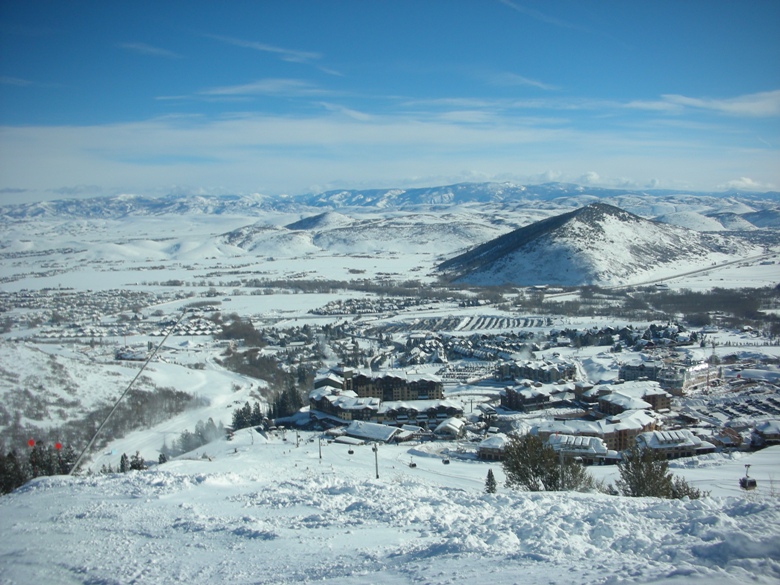 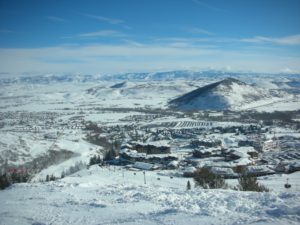 I love it when resorts really listen to us. When families told Park City Mountain Resort (www.pcmr.com) they didn’t like leaving their little skiers and snowboarders in big ski school classes (how could the instructors teach the kids anything if they were constantly counting heads?), the Utah resort initiated a Signature Five Program, which guarantees no more than five kids in a class (the 3-1/2-year-old to 5 crowd has one instructor for every three kids).

Even better, no more soggy hotdogs or lukewarm mac and cheese for lunch and no more putting kids on the chairlift with strangers: the entire class can ride up with their instructor on a six-passenger chairlift and eat together on the mountain. The teens and tweens, of course, will love the parks and pipes and the night skiing this resort is famous for. (Tell the teens to check out www.pcride.com) And to simplify your travel planning, the resort has created another Website (www.mymountainplanner.com), which offers tours of the mountain that you can customize for your gang.

Nearby, The Canyons Resort (www.thecanyons.com), one of the largest ski resorts in the country, heard families lament the cost of ski vacations, so they now offer two free lift tickets and breakfasts with many room packages — a value of more than $200 a night. You can also pre-purchase multi-day lift tickets through the Canyons Central Reservations office. Multi-day lift tickets, without lodging, receive 15 percent off of ticket-window pricing when purchased at least 72 hours in advance.

The Canyons’ ski school wins kudos from locals (always a good sign, I think) for its attentive staff and low instructor-to-child ratio, especially with the youngest skiers. I like the one-stop shopping – drop the kids off and the instructors take care of everything, including their gear.

“We’re trying to do whatever we can to make it easier for families,” says Ski School Director Barry Strout. And he means it. Families love the laidback ambience here and the varied terrain, including the chance to hike up to untouched powder and the six natural half pipes. Moms rave about ski champion Holly Flanders’ clinics for “real women” — women who like to ski, but not world-class athletes — (http://www.thecanyons.com/ski_school_womens.html).

Let’s not forget Park City’s other resort, Deer Valley, which has always been about service and families — from the valets who help you unload your skis to the free overnight ski check. (Anyone who has ever schlepped both gear and kids at the end of a ski day will appreciate this.) But what first-time visitors might not realize is that Deer Valley also limits the number of lift tickets it sells each day. (Get yours ahead online. They often sell out during busy weeks.) Multi-generational families – and there are a lot of them here – like that there’s an “easy” way down from the top of every lift so families can conquer the mountain at their own pace and still spend time together. There’s just one thing — no snowboarders here. But again, Deer Valley officials say they’re listening to what their customers want.

The good news: Whatever your family’s slope style, you’ll find it in Park City (www.parkcityinfo.com), which just may turn out to be one of the easiest ski trips you’ll ever attempt (and anyone who has ever taken kids to the slopes knows that’s a mean feat.) For one thing, Park City is easy to get to — just a little more than 30 miles from Salt Lake City International Airport. You won’t need to take two or three flights to get here and you won’t need a car once you arrive. Take an airport shuttle and then rely on the free shuttles to get around. In fact, it’s possible to catch an early flight from the east or west coasts and be on the slopes in the afternoon. And many times during the season, your boarding pass will get you a free afternoon lift ticket.

Then there’s the snow — the light fluffy stuff Utah is known for — more than 400 inches a season. It dumped more than 80 inches just in the five days I was in Park City recently.

Another plus, you can find digs here to suit everyone’s budget, whether you are counting pennies or want the most luxurious ski house available. For example, Park City Mountain Resort touts family fun packages that are just over $300 a night for a family of four (with kids under 12), including lodging, lifts and airport transfers. (Pretty good when you consider lift tickets alone for a family of four can cost nearly that much – $258.) Late season, save an extra 10 percent off The Canyon’s ski free with breakfast deal (www.thecanyons.com).

No worries either, if someone in your gang is disabled. The National Ability Center (www.discoverNAC.org) — the largest adaptive sports program of its kind – can take them skiing, bobsledding, horseback riding and more with trained instructors and adaptive equipment all for $65 a session – less than the cost of a lift ticket. (There are scholarships available too.) If you’re staying at the Canyons or Deer Valley, they’ll even bring the instructors and the equipment to you.

But perhaps the biggest plus to choosing Park City: There’s as much to do off the slopes as on — for every age group — and I’m not just talking about restaurants, though there are 100 of those, including Zoom, owned by Robert Redford, Deer Valley’s stellar Seafood Buffet and family favorite The Grub Steak with plenty of kid-sized portions of steak and ribs. And don’t forget the shopping. Park City has more than 300 stores.

Not into shopping? Then bond with your teen or tween as you try the Skeleton, Luge or Nordic Jumping at Utah Olympic Park Winter Camps. (www.olyparks.com). If you think you’d rather watch instead of participate, visit Tuesday through Saturday and you may see world-class athletes training. If you’re an adrenaline junkie (or have a kid 16 or older who is) and you have $200 to spare, sign on for a bobsled ride down the Olympic track. You’ll go 80 mph. (There’s also a snow zone sledding track suitable for younger kids.) Check out the Alf Engen Ski Museum while you’re there.

Scream your head off on The Alpine Coaster – yes, that’s a roller coaster on snow – at Park City Mountain Resort; it’s just one of three in the entire country, the only one in Utah. Let’s not forget all of the other fun you can have in the snow here – tubing, cross-country skiing, snowshoeing, snowmobiling or ice-skating. Pickup hockey game anyone?

Indulge your inner artist at The Kimball Art Center (www.kimball-art.org). Attend classes customized for your group or simply check out the exhibits, including the Gallery Strolls that take place the last Friday of every month.

Honestly, you’ll have so much fun you won’t care if the kids ditch you on the mountain.

See you at the lift!