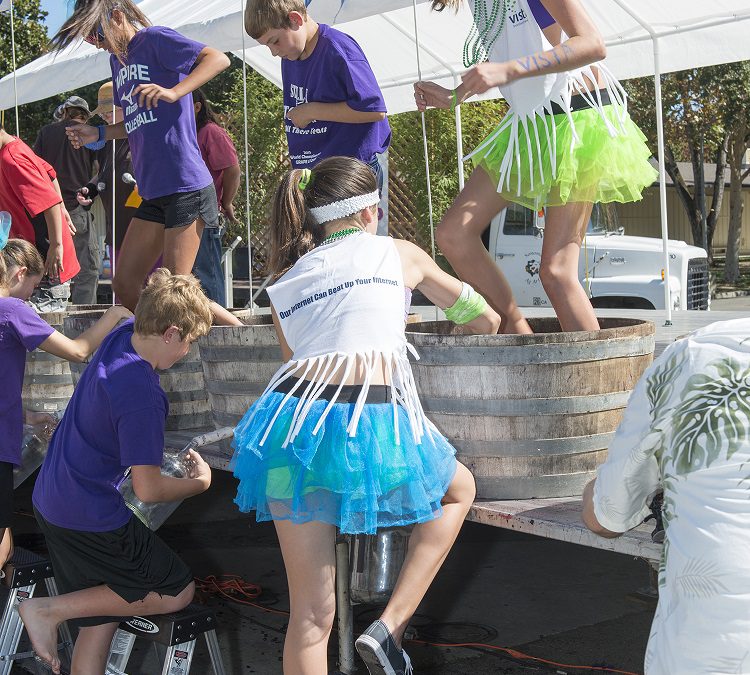 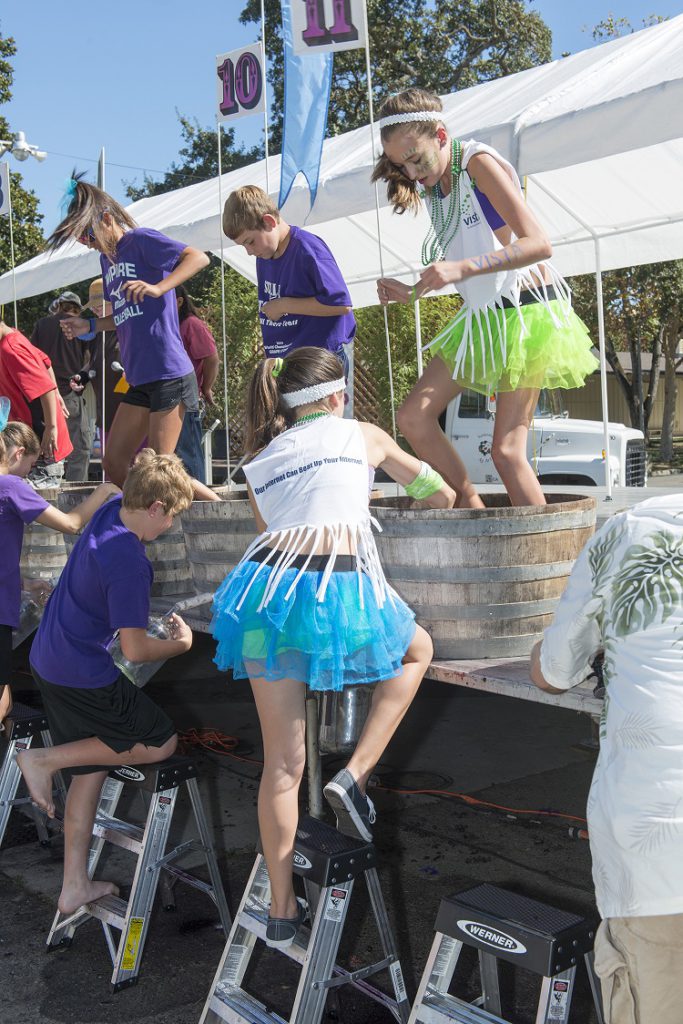 Who gets the prize?

Who can pick the most apples or find the biggest pumpkin?

There are literally hundreds of Octoberfests around the country this fall — some kid-friendly — but there are also plenty of apple, pumpkin and harvest festivals from which to choose. You can stomp on grapes in Sonoma County, California, trail the sheep in Idaho or listen to Elk bugle in Estes Park, Colorado.

Let’s not forget corn mazes, carnival rides, petting zoos and leaves at their most glorious, whether you’re in the Northeast or Northwest, Midwest or the Rockies.

Head out, even for a day, and come back with rosy cheeks, pumpkins to carve, a bushel of crunchy apples and at least one Instagram-worthy photo. When was the last time you made an apple pie or apple sauce with the kids?

Family Travel Forum has compiled a national list of where you can pick pumpkins and apples. Outside of Philadelphia, for example, in Bucks County, Shady Brook Farm celebrates PumpkinFest on weekends from late September through October. Don’t miss the giant corn maze!

In Harvard, Illinois, right near the Wisconsin border, the family owned Royal Oak Farm Orchard has a new Amaze‘n Apples apple tree maze with 2,500 trees representing nine different varieties — the only apple tree maze of its kind in the country.

And in Highpoint, N.C., besides finding your way through a 10-acre corn maze at Maize Adventure, you can mine for gems, dig for fossils and even zipline. 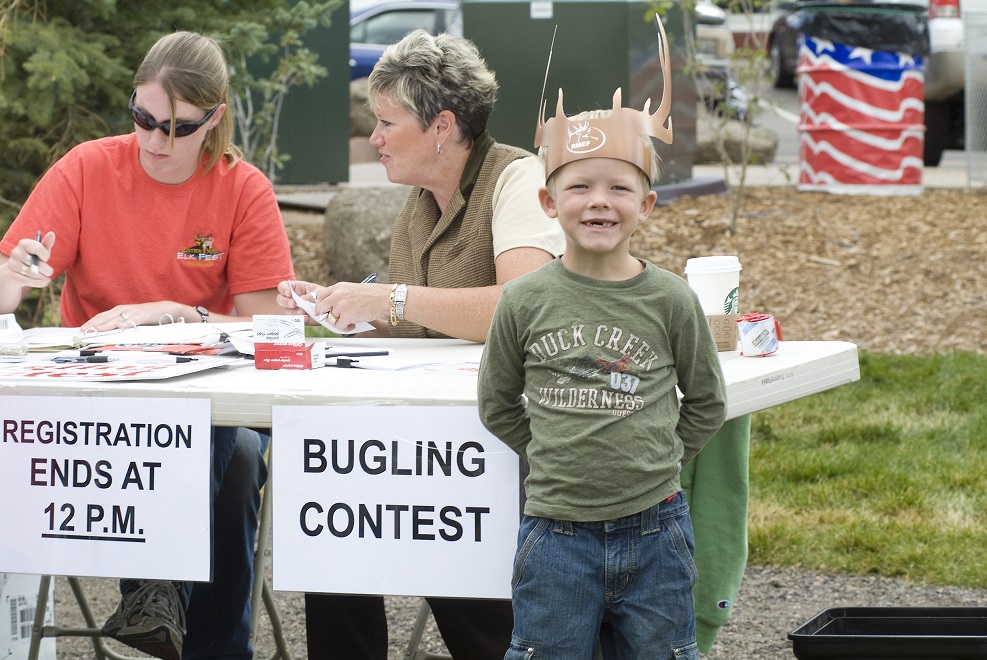 Take a long weekend and visit a national park this fall and see how many colorful leaves and animals you can see — it will be a lot less crowded than in summer. The Obama administration has launched its second year of the Every Kid in a Park pass, which enables fourth-graders and their families to visit national parks at no charge. Because there are so many elk in fall at Rocky Mountain National Park, for example, October is known as “Elktober.”

On the other side of the big, Colorado park, Snow Mountain Ranch touts affordable Fall Fest weekends in September and October with donut bobbing, s’mores, scarecrow building, pumpkin seed splitting and more — all included with rooms that start at just $79 in September.)

Here’s a fun fact for the kids: If the number of apples picked in Washington were placed side by side, they’d circle Earth 29 times. No wonder Washington leads the country in apple production — more than 66 percent of the total U.S. production. And, in case you’re wondering, the other top states leading in apple production are New York, Michigan, Pennsylvania and California. Head to the Washington State Fair where junior gardeners compete to win a ribbon for the best apple, pear, plum, etc. There is also a kids’ pumpkin carving contest, along with plenty of other family activities. (The fair runs until Sept.25.)

For more ideas, check out the Taking the Kids Guide to Fall Fun Adventures.

Here are 10 fall festivals with something for everyone:

Join thousands of visitors in tiny Warrens, Wisconsin, (two hours northwest of Madison) for the Warrens Cranberry Festival Sept. 23 through Sept. 25. Wisconsin is the leading cranberry producer in the United States, and people here celebrate the harvest with all things cranberry — food, contests, marsh tours and, of course, a parade.

The Vermont Pumpkin Chuckin’ Festival is held Sept. 25 in Stowe, Vermont, where contestants of all ages use gravity powered catapults of their own design to launch pumpkins as far as possible. There’s music, a chili cook-off, kids’ activities and more.

Sonoma County Harvest Fair runs Sept. 30 through Oct. 2 in Sonoma, California, and invites everyone to join in the World Championship Grape Stomp, along with cow milking contests, pumpkin tosses, an Easy Bake Oven Bake-Off, as well as music and art shows.

In Gettysburg, Pennsylvania, the first two weekends in October, the National Apple Harvest Festival celebrates all things apple in the heart of Pennsylvania apple country. There are lots of crafts, a Kid Country Barn, petting zoo, puppet show and plenty of orchards nearby to pick your own bushel.

The 20th annual Trailing of the Sheep Festival gets underway Oct. 6 in Ketchum, Idaho, and continues all weekend in Hailey and Sun Valley with the Trailing of the Sheep Parade. The parade on Sunday down Ketchum’s Main Street offers an up close look at 1,500 sheep as they take part in their annual migration to winter pastures.

Half Moon Bay, California, celebrates being “the Pumpkin Capital of the World” with the Half Moon Bay Art and Pumpkin Festival Oct. 15 through Oct. 16 with experts carving giant pumpkins, the world’s biggest pumpkin sculpture, costume contests and, of course, the chance to pick your own pumpkin.

For more ideas, check out the Taking the Kids Guide to Fall Fun Adventures.

So who wins the prize in your family? It’s never me!

PS: When you are taking the kids out to dinner this September, you can support “Dine out for No Kid Hungry” and help end childhood hunger. All you need to do is stop by any of the thousands of participating restaurants and take part — just $1 can connect a child with up to 10 healthy meals. Just plug in the city or zip code here and you can find plenty of restaurants to choose from.