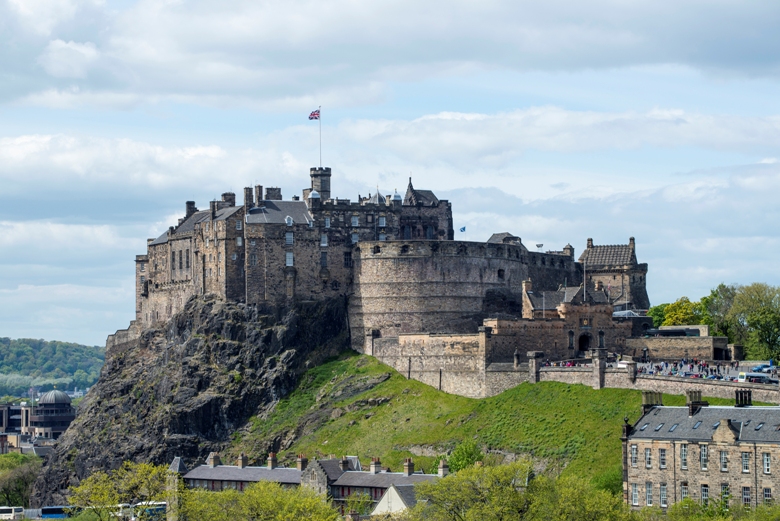 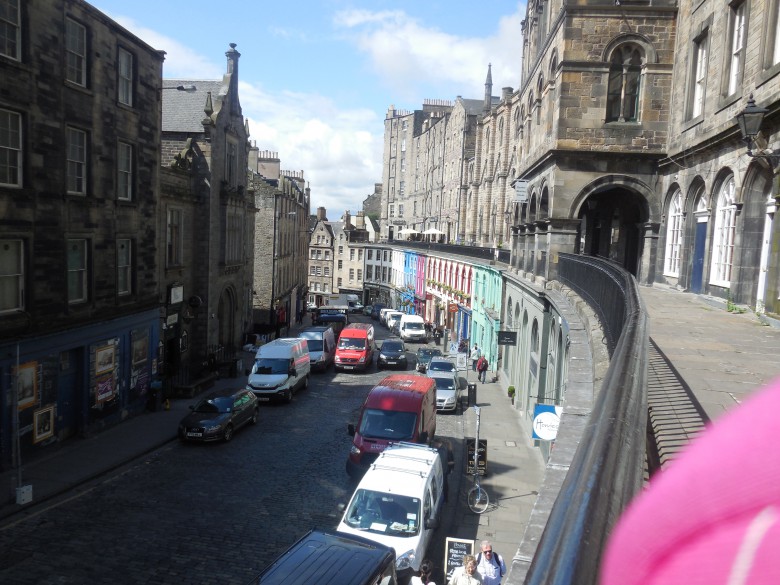 No, not at the Wizarding World of Harry Potter in Orlando or Hollywood, but in Victoria Street in Edinburgh, Scotland, where J.K. Rowling famously wrote the first Harry Potter book while seated in a local coffee shop.

Veteran guide Sam Thomson, who owns Edinburgh Tour Guides and is the mom of five kids, explains that Harry Potter fans always want to see where J.K. Rowling got her inspiration, including Greyfriars Cemetery where you will find the grave of Thomas Riddle (Voldemore’s given name). A tip: Locals believe that Hogwarts was modeled after the George Heriot’s School. Rowling famously wrote her last Harry Potter book in a suite of the Balmoral Hotel where guests might be able to see a signed first edition.

I love that a visit here combines a decidedly modern passion for Harry Potter with British history dating back thousands of years, including Edinburgh Castle, Scotland’s top tourist attraction. Who doesn’t love a castle — and you can walk to this one at the top of the Royal Mile — even if Scotland has more than 2,000 to choose from, including those where you might spend a few days.

See if there are special family activities scheduled — Edinburgh Castle frequently has historic costumed interpreters, demonstrations of court music and summer concerts. You won’t want to miss the one o’clock gun, which is fired every day at one p.m., except on Sundays, Christmas and Good Friday, the cemetery where soldiers’ dogs are buried, massive cannon Mons Meg that dates from the 1450s and the divinity stone that goes under the throne of every British monarch when they are crowned. The Scottish Crown Jewels are here too. Kids especially like the Prisons of War where prisoners from around the world were kept, including pirates and a 5-year-old drummer boy captured during the Battle of Trafalgar in 1805.

A tip from Thomson: Before you visit, buy a book like “Horrible Histories of Edinburgh” to get kids engaged in Scottish history. 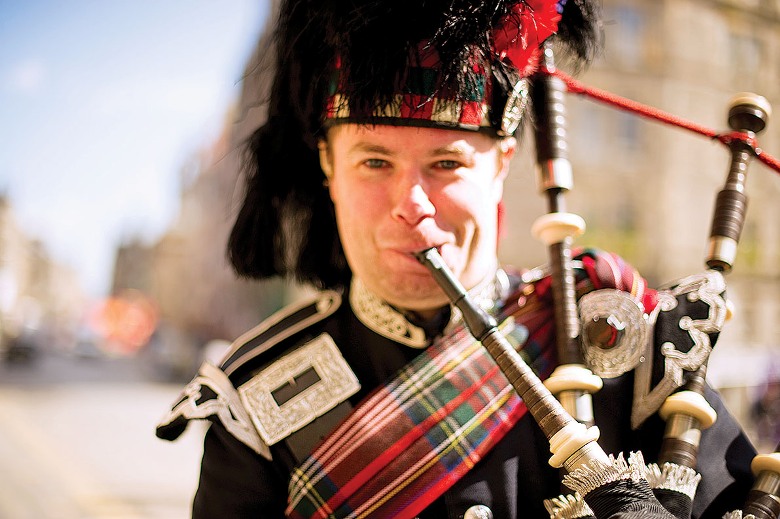 As many families look to avoid the world’s largest tourist sites, walkable, charming Edinburgh with less than 500,000 residents might fit the bill. It is a cultural capital (make sure to hear some music!), as well as the national capital and important financial center. Consider there are just 3.7 million tourists a year (1.6 million from overseas) as compared to more than 20 million visitors to London — most from overseas. Edinburgh is a lot cheaper than London too. According to Trivago, the megasearch hotel site, hotel rooms in Edinburgh average more than $70 less than London this spring. (Perhaps that’s why Adventures by Disney’s Scotland tour has proved popular. Be forewarned that you might want to avoid August when the famous Fringe Festival, the largest arts festival in the world, draws huge crowds most of the month.)

Whenever you come, it’s also easy to get out in the countryside. Consider that Scotland’s famous Gleneagles Golf Resort, about an hour by train, is today as much about catering to families as golfers with activities like falconry and off-road driving in mini-vehicles.

Here are 10 other guaranteed-to-please experiences:

RIDE A BARREL at The Scotch Whisky Experience, which tells you how Scotland’s most famous product is made. It’s kid-friendly, offering an interactive ride in “barrel” cars with a ghostly apparition explaining the process. Kids can feel the peat used to flavor the malt or the barley; and at the end, they get a taste of the popular Scottish soft drink Irn Bru while parents sample the hard stuff.

VISIT A PANDA at Edinburgh Zoo, just 10 minutes from the city center and home to the UK’s only giant pandas and koalas. There are also more than 1,000 other animals from around the world. Don’t miss the penguins!

MORPH INTO AN APE at the Puzzling Zone at Camera Obscura and World of Illusions, Edinburgh’s oldest tourist attraction dating back to 1835 and conveniently located right near Edinburgh Castle. There are tricks, puzzles and plenty of hands-on activities. See who can find their way first through the Mirror Maze in the new Bewilderworld!

FLY A KITE in the 640-acre Holyrood Park, a short walk from Edinburgh’s Royal Mile in the heart of the city. Climb to the Arthur’s Seat, the park’s highest point, less than 1,000 feet above sea level, with a great view of the city.

SEE HOW ROYALTY LIVED at The Palace of Holyroodhouse, Her Majesty the Queen’s official residence in Scotland and famous as the home of Mary Queen of Scots. Today, the Queen typically doesn’t stay here, though the 14 state apartments are used regularly for state ceremonies.

HEAR A GHOST STORY on Mary Kings Close. The hidden street is under the “Royal Mile” — the mile between the castle and the palace, which today is chockablock with souvenir shops. In the 1600s, the area was the heart of Edinburgh’s busiest streets. Learn more about how it came to be underground and the subject of myth and urban legend and tales of ghosts with a costumed character tour.

LEARN WHAT KIDS DID before video games, TV and Internet at the Museum of Childhood with its collections of everything from dolls to cars to toy soldiers and dollhouses.

DIVE INTO SCOTTISH HISTORY AND LIFE at the free National Museum of Scotland where 10 new galleries are expected to open this summer — everything from art and fashion to Dolly the Sheep, the world’s first cloned mammal to be created from an adult cell. The Museum of Edinburgh explains the city’s development with special costumed performances and workshops, as well as a family activity area. Gladstone’s Land is a recreation of a 17th-century wealthy merchant’s house with hands-on activities. Don’t miss the smell jars!

TALK TO A FARMER at Edinburgh’s Farmer’s Market on Castle Terrace Edinburgh on Saturday mornings where you’ll find everything from local produce and seafood, cheese, meats, fruits to Shetland sweaters and scarves. Buy the provisions for a picnic and encourage the kids to sample local foods at a restaurant — some of the best fish and seafood in the world (they are, of course, famous for smoked fish and fish and chips) and ending with Scottish shortbreads and pies.

SOUVENIR SHOP at the bottom of the Royal Mile where you’ll likely find more individually owned shops with items actually made in Scotland rather than China, hopefully.

I was lucky my suitcase wasn’t overweight going home!