10 tips to survive taking your first child to college 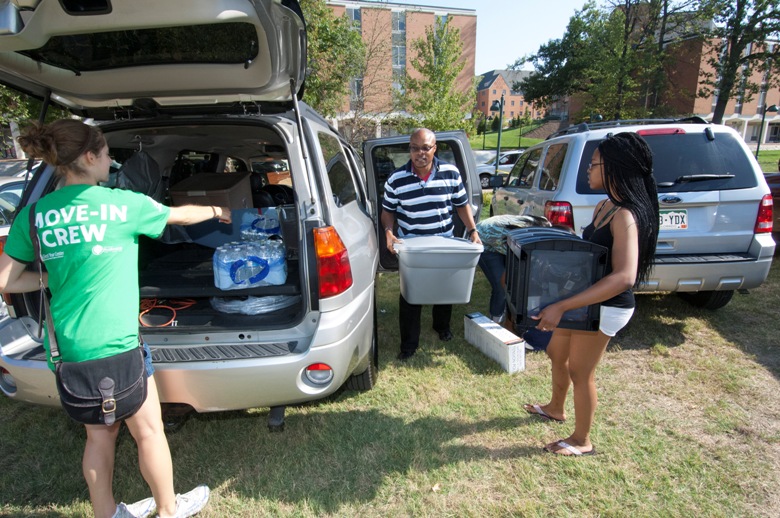 You’re going to need that more than anything if you’re among the tens of thousands taking a child to college this month, especially if this is your first Long Goodbye.

You’re also going to need to keep your sense of humor and a credit card with plenty of credit — and not for the tuition. 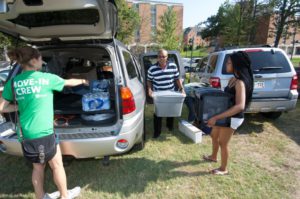 Washington U faculty and students help freshmen settle in

Mel was the third child we’d sent off to college and you would have thought we’d learned a few tricks in those seven years since we’d taken my son to college. “Are you going to cry, mom?” my son had asked me on our way west.

I didn’t then but I was about to burst into tears at the airport with Mel — and not because I was sad to see her go. I was holding back tears of frustration. We were two parents, five overweight bags and an embarrassed, college-bound daughter trying to hold it together in front of strangers. Talk about a stressful beginning to the Long Goodbye.

We’d opted to fly Southwest Airlines because we each could bring two bags free. I hadn’t bargained on them being so heavy. I should have weighed them, I thought ruefully, as we frantically rearranged shoes, books and jeans.

Luckily, Mel had an extra backpack stashed in the largest duffel. Luckily, the ticket agent was patient. Luckily, those behind us were kind. In the end, we didn’t have to pay for a single overweight bag. We met one of her freshman roommates on the connecting flight — her parents having chosen Southwest for the same reason.

One thing I learned that day: Like all of those other big parenting moments, it won’t go the way we hope. Parents who expect one picture-perfect memorable moment after another will invariably be disappointed — just like the first day of kindergarten (not one backward wave to mom!) or when she howled when a character came too close at Disney World. (That was us too, of course.) 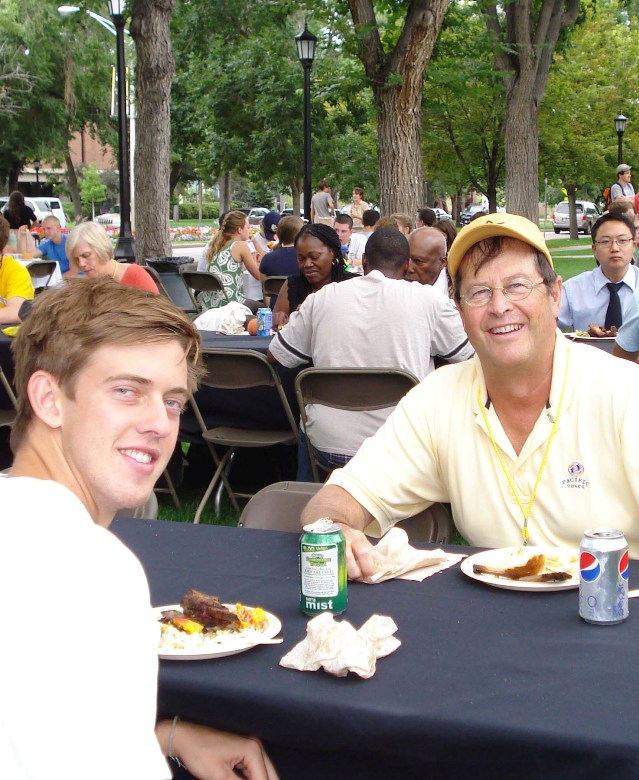 In Mel’s dorm, it took nearly an hour of screwing, unscrewing, tugging and hammering to raise the beds and move the furniture to maximize the floor space to the girls’ satisfaction. By the time we left for the hotel exhausted — after a run to the grocery, the nursery for plants for the window and the thrift shop for a bike — the girls’ beds were made with bright orange and turquoise sheets, clothes were hung in the closets and the room was beginning to seem like home, especially when pictures adorned the bulletin boards — far more of their friends than families, of course.

Nearly four years later on a chilly May morning, as we waited for Mel’s graduation exercises to begin, I thought about that day and smiled. You will smile too — when it’s over — and especially at graduation. Meanwhile, here are 10 tips that are guaranteed to help you survive:

1. Keep calm! If you are nervous, your child will be nervous too. So what if they hate their roommate on sight.

2. Pre-order from a store like Bed, Bath and Beyond so you can pick it up and pay when you arrive — everything from plastic storage bins to an extra-thick mattress pad for that extra-long twin dorm bed to extra-long sheets for the dorm beds. Target has an entire back-to-college section to guide you.

3. Offer support but no opinions. Parents are not allowed to complain about the money being spent, the time racing from store to store or your child’s attitude.

4. Be prepared with a tool kit, duct tape, first aid kit and sewing kit. You will need all of them before you leave.

5. At all costs, avoid silly arguments with your child.

6. This is not the time for parents — whether divorced or together — to argue among themselves either. Remember, this is about your child.

7. Keep smiling as you wend your way through receptions and sessions on how to “let go,” though all you want to do is take a nap.

8. Don’t be insulted if your child prefers to have dinner with her new roommates rather than with you.

9. Be ready to back off and leave — even if it is earlier than you planned — if your child gives you the signals he doesn’t want you there anymore. (Remember middle school?)

10. Be prepared that your child might not cry when you leave.

Sure, we deserve better (at least a heartfelt “thanks, Mom and Dad”) after helping them navigate the college-application process, calming their I’ll-never-get-accepted-anywhere jitters, helping them survive the rejections and celebrate the acceptances, and, of course, figuring out how to foot the ginormous bill for their higher education.

But on their first day at college they’re far too busy trying to get a foot in their new world to think about how you’re feeling. Get over it!

We got that heartfelt “thank you” at graduation, as well as lots of hugs.

So did all the other parents, including the parents of Mel’s freshman roommate. Did I mention Mel and her roommate Hollis became best friends? How were they going to manage without each other now, their close friends kept asking — just as we’d wondered how we’d manage without them when they headed off as freshman.

You will, we promised them.This time, Mel was the one who wiped away tears. I had the tissues handy.