A 5-year old conquers the Hollywood Tower of Terror 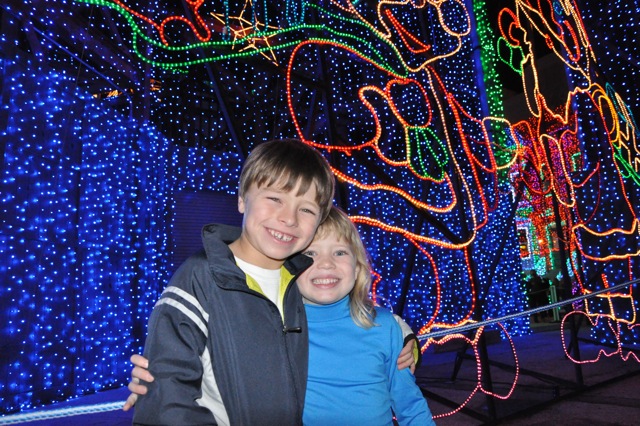 Our second day in Orlando for our Holiday vacation took us to Disney’s Hollywood Studios.  Although we have been to this theme park a couple of times as a family, this would be the first time that both our son and daughter would be able to enjoy most of the “big kid” rides.  Emphasis on most!

We started our morning out with what has become somewhat of a ritual on our travels east—Dunkin Donuts coffee and breakfast sandwiches for mom and dad, and some Munchkins and donuts for the kiddos.  It may not be a destination for everyone, but since the nearest Dunkin Donuts is over 75 miles away from our house back in Colorado, we like to enjoy them as much as possible on our travels.

We arrived at Disney’s Hollywood Studios around 10:15 and began our day with getting a FastPass for the fun, interactive, carnival themed tram ride  Toy Story Mania ride.  Getting your FastPass first thing when you arrive at the park is key because there is a limit to how many are given out on each ride, and you are restricted from getting more FastPasses until a specified time which is printed on your tickets.  So, make sure you get a FastPass to your favorite ride first.  For the kids, it became a game to see when we would get our FastPass and then see how much time we could save bypassing the standby line.

We are all having a blast watching the stunt shows, taking back lot tours and enjoying our time together, and then Hannah, or 5 year old decides to get serious and announces that she has decided that we all need to go on the The Hollywood Tower of Terror.  We approached and heard screaming and saw some trepidation on Hannah’s face, and a bit more on her older brothers, but she gathered up her courage and on we went.  We shook, dropped, bounced and screamed our way to a good time, only to here Hannah exclaim, “One more time!”  Success.  Her first big kid ride with a happy ending.

We grabbed some fabulous hand packed ice cream cones from a stand near the Rock ‘n’ Roller Coaster and headed off to grab seats and rest a bit before Fantasmic!  This nighttime show is always impressive for the kids and brings back a lot of grown-up memories as Mickey works his way through his dreams and fantasies during the show.  We had front row seats and the kids insisted on dad buying a “String Thing,” — a toy that spits out a string, which is looped, and it had every kid mesmerized, and every parent explaining that they aren’t spending $18 on the toy.  That said, we watched the vendor sell about 25 of them in the half hour we waited for the show.

After Fantasmic, we worked our way over to The Osborne Family Spectacle of Dancing Lights (which runs from November 8th through January 3rd).  Not knowing what to expect, and since the kids were hesitant and tired, we thought we’d catch a quick glimpse and head home.  The light display is within the Streets of America section of the park and they began putting the lights up in August.  As soon as we saw the Peace On Earth globe lit up, so did our kids faces.  The display has literally millions of lights “dancing” in synchronized motion to holiday music accompanied by a magical (of course) snowfall.  We had a great time and really felt in the Christmas spirit.  The Disney folks gave a nod to other religions as well, as the kids noted menorahs and dreidel’s.  We stayed longer than anticipated and soaked it all in.  As we boarded the tram for our car, Ethan had the line of the night when he exclaimed “That Osborne family is a bunch of show-offs!”