A big lesson in tolerance and humanity — Assisi Italy 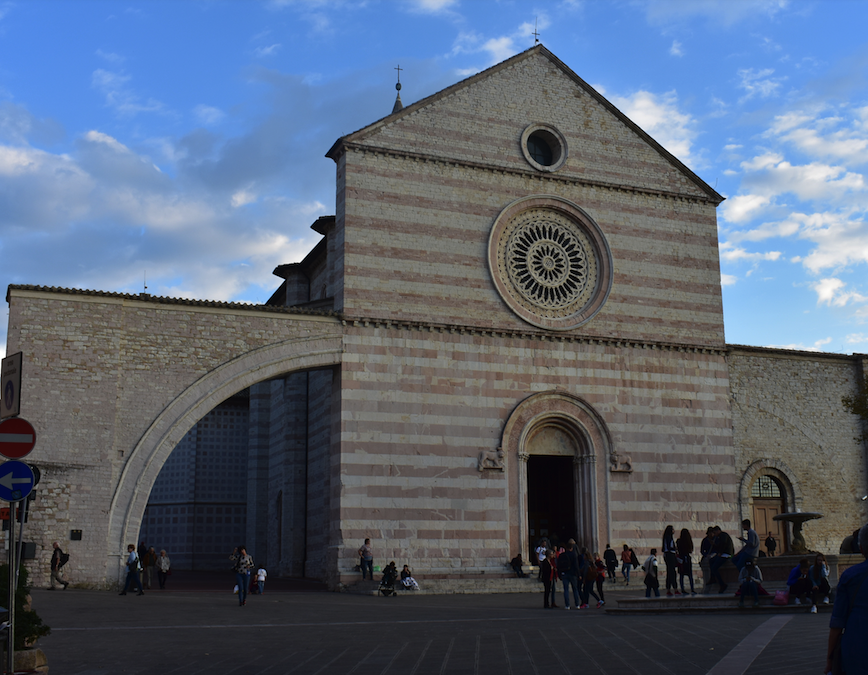 There are as many lessons to be learned from St. Francis of Assisi today as there were when he lived in the early 13thCentury, eschewing a life of wealth and privilege—his father was one of the wealthiest citizens of Assisi—to live outside the city walls helping the poor. 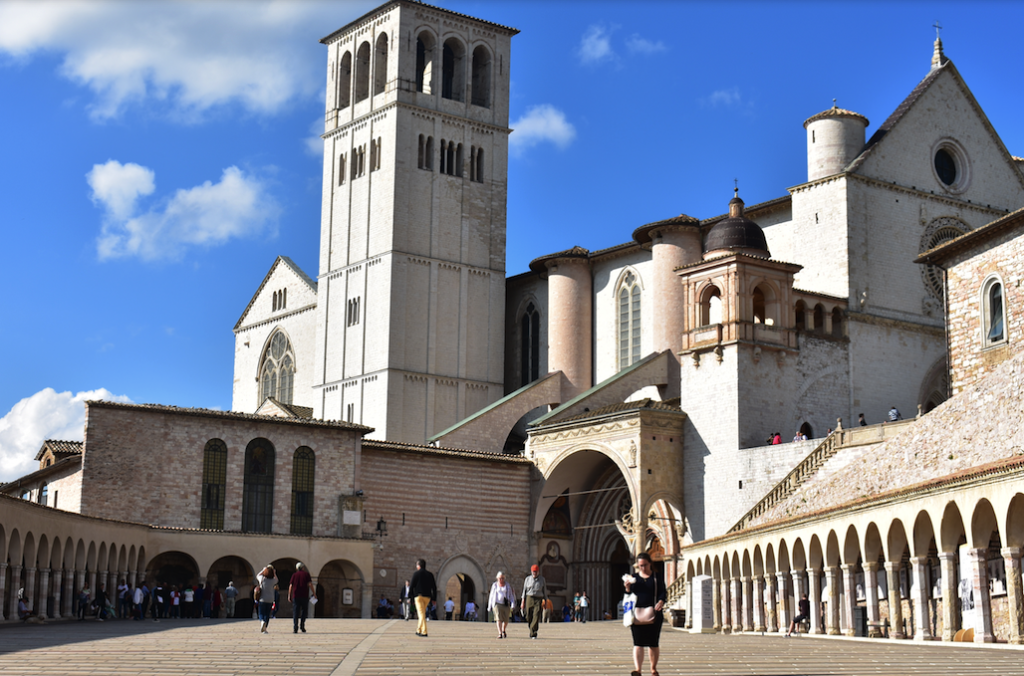 The Basilica of St. Francis in Assisi

Today, six million people a year visit Assisi, a hillside medieval town of 25,000 in Umbria, making it the second most visited religious site in Italy after Rome, said our guide, Paulo Sperini from GuideinUmbria.com.

Visitors are visibly moved visiting his crypt in the Papal Basilica of St. Francis.

Sperini helps us to time travel back to the 13thCentury when most people were poor and the church leaders catered to the wealthy. 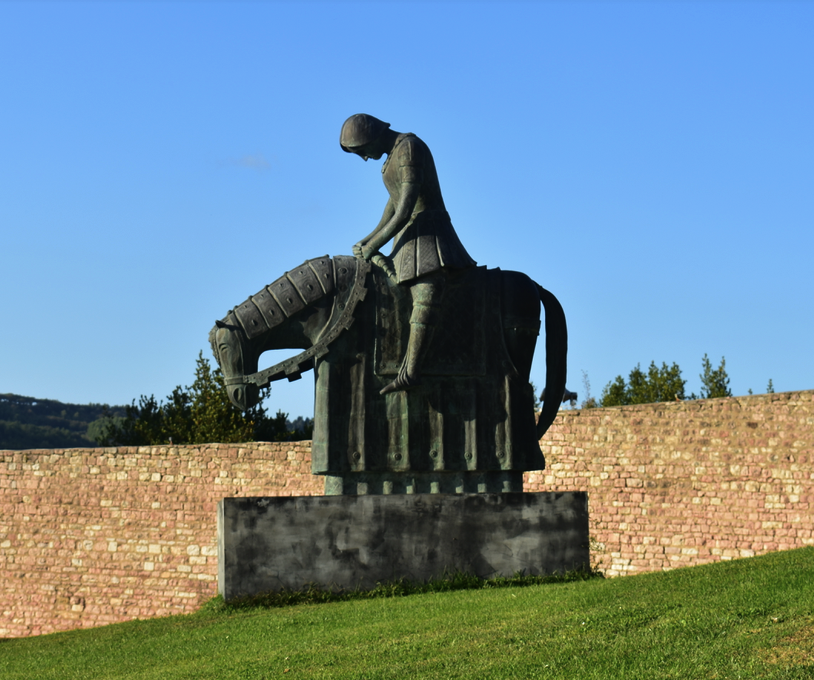 St. Francis, he explains, “completely changed the church from the inside.  He was like a revolution… We talk about his humanism.”

His father and his friends didn’t understand but quickly he had many followers, including St. Clare, his contemporary who became his first female follower and founded the Order of Poor Ladies now known as the Poor Clares. She is buried in the Basilica di Santa Chiara in Assisi where some three dozen nuns still live, most cloistered. 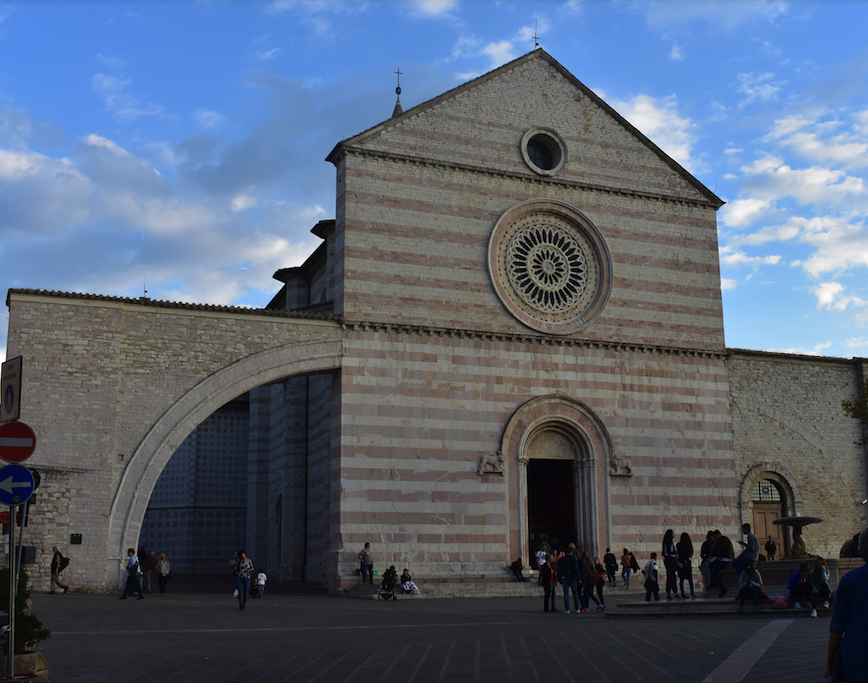 Basilica of St. Clare in Assisi

Kids and adults alike can learn St. Francis’ story from the 28 huge frescos inside the basilica that are the work of the Early Renaissance artist Giotto and his students. Sperini explains that most people at that time didn’t know how to read so the Frescos are like a gigantic graphic novel explaining St. Francis life.

We drive away after sunset, after the tourists have left and the basilica on the hill is lit by beautiful lights. Kids are skateboarding in the Piazza Santa Chiara as the young and old chat over wine and espresso at the cafes near by.

We are staying in the small town of Cannara, about a 15-minute drive from Assisi at a farmhouse owned by Suzy and Bill Menard who own Via Umbriain Washington, DC. Suzy Menard leads groups here for a personalized Umbrian experience meeting locals, cooking, experiencing the food, the crafts, and the lifestyle. 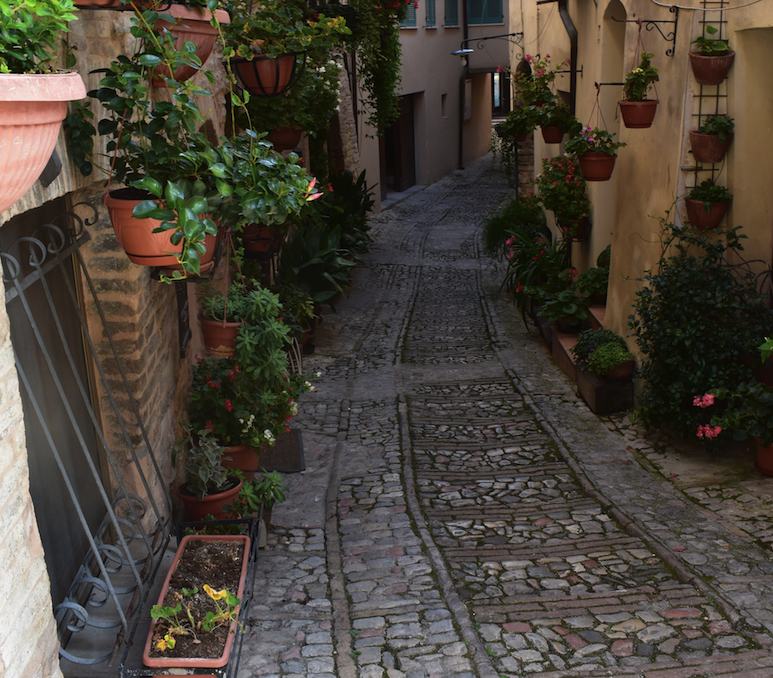 Street scene in the Umbrian town of Spello

This morning, an elderly friend of the family is giving Teddy Menard, 24, an Italian lesson; she invites us to visit her family’s textile mill–Tessitura Pardi–and a winery—Fratelli Pardi–in nearby Monte Falco, famous for its historic walled city, wineries and panoramic views of the green Umbrian  countryside.

Visiting Umbria is as much about wandering these smaller gems like Bevagna and Spello, the cobblestoned streets so narrow we wonder how cars maneuver, the huge pots of plants and flowers, tiny shops–one selling pasta, another olive oil, another local wines; a bakery where it is difficult to choose as all of the pastries and cookies look so good.

Sperini had recommended a small restaurant in Spello called La Cantina di Spello where we had a bean soup so delicious we asked the chef for the recipe—luckily my sister-in-law speaks Italian.

On our way back from Assisi, we stopped at the market for fixings for a light dinner—fresh mozzarella, tomatoes, bread, olives, local ham.

It was so nice to come home to the farmhouse for our feast.