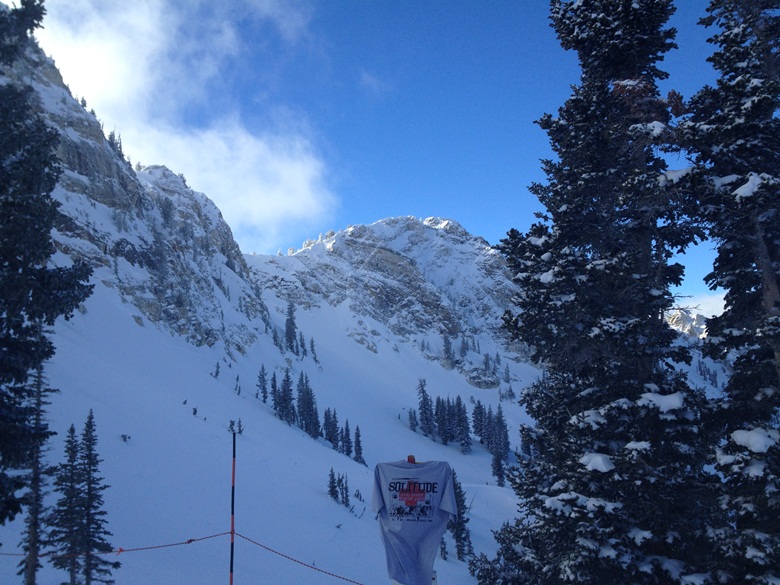 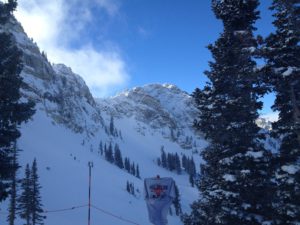 At the Solitude Mountain Resort in Utah

DAY FOUR — Are we having fun yet?

It is the first blue bird day since I’ve been in Utah where snow has been dumping all week causing much excitement among the powder hounds—those who live for the deep, fresh powder Utah is known for.

Today we’re at Solitude Mountain Resort in Big Cottonwood Canyon and just a 35 minute drive from Salt Lake City. (There are also buses to take you here.)

Where else can you be this close to a big city and in such a spectacular outdoor wonderland, says Leif Grevle, the Norwegian head of the 100-instructor ski school here at this family-owned resort—one of the few in the industry that is still family owned.

Grevle says families like Solitude because it has 1,200 skiable acres but is far less crowded than major resorts.  There is terrain for everyone—from steep chutes and access to off-piste terrain to long intermediate groomers and an entire learning area near the base.

Young kids from two to four can be enrolled in a ski and play program.  Did I mention that at $72 ($49 for kids) adult lift tickets are nearly $30 less than the famous Park City resorts?  Kids seven and under ski free.

There is also 20 kilometers of groomed trails at the resort’s Nordic Center whether you want to XC ski or snowshoe. Owner Dave DeSeelhorst proudly says people come from all over just for the Nordic Center.

I also like that the village is right at the base which makes it easy for families staying here in condos or the small hotel.

“My biggest concern with vacations for families is that we create a family place where the kids are safe and can have fun,” says Grevel, with more than 50 years in the industry.  “This is a great mountain for teaching and experienced skiers. There is plenty of room to enjoy yourself without looking over your shoulder.”

That was certainly the case when I skied with Grevle and later with DeSeelhorst, who runs the resort with his brother Scott.  Sure there were other skiers and riders on the hill but there were some runs where we had the mountain to ourselves.

My kids would have loved the chance to hike along the ridge and drop into the resort’s famous Honeycomb Canyon, so named because 19th century mining trails are honeycombed under the snow covered mountains.  The view from the summit—10,035 feet is spectacular—the Wasatch Mountain Range in all its glory without a condo or mega mansion in site.

Grevle says because Solitude is smaller, it’s easier for instructors to take the time to get to know each child so that they have fun and parents feel safe.

“The thing about Utah,” says Dave DeSeelhorst,” is that the resorts are so close to each other and each one is unique.  It is the chance for adventure that attracts people to Utah.”

That and fun in the snow, of course.

That continues through dinner.  We strap on snowshoes and with lanterns guiding our way, we walk through the woods about a half mile (check out the stars!) to a yurt equipped with a gas range and where chef Joe Walker and  waiter Jaseth Quintana serve us a spectacular five course meal starting with  tomato black bean lentil soup.  There’s baby kale salad topped with salmon and goat cheese, delectable pan seared scallops, duck breast with polenta and finished with a pomegranate reduction.

But the real piece de resistance was Chef Joe performing a fire dance outside as we watched in amazement. I didn’t know what was most impressive—the food, the fact that the menu changes nightly or is finished here without electricity or the fire performance.  The constellations in the ski were pretty amazing too.