A cruise to Bermuda with old family friends 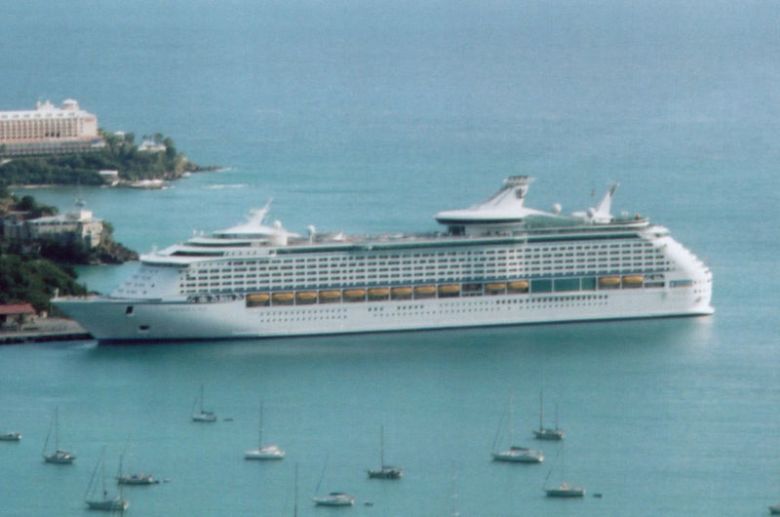 Explorer of the Seas

DAY ONE—This is an entirely different cruise than we’d planned. It’s the same ship—Royal Caribbean’sExplorer of the Seas with 3214 passengers, including 174 kids—and an ever-attentive crew of 1185. It’s the same itinerary. We’re sailing from New Jersey (so easy to just park, and go on board!) to Bermuda, where we’ll spend two days.

The reason for the trip is the same—the 85th birthday of my “other mom.” We grew up two houses apart, her two daughters my closest friends, and over the years, we’ve become family.  I’m along because my mom is too ill to travel.

It’s just that one in the group—my high school classmate and husband of my friend—died unexpectedly last week. It was a shock. But as is the case when anyone plans a multigenerational trip with family scattered across the country—a decision had to be made whether to cancel or continue with the trip. Ironically, my friend, who is the new widow, was the only one in the group who had purchased travel insurance. She cancelled her original reservation and is now my roommate.

The rest of the family—there were now 11 instead of 12 in the group ranging from 85 to 23—decided we should go ahead and go. After all, they still wanted to celebrate the 85th birthday. They still wanted to be together. They could reminisce and laugh and cry as well on board as at home and maybe, just maybe, the trip would distract my friend from her grief for a few days.

So here we are—my newly widowed friend and I are having a five-day sleepover, which we would have thought was heaven when we were kids.

We boarded without difficulty—it certainly is easier when you can “cruise” from a port near your home and tried to figure out our way around the 1,020 foot ship—longer than four 747s—with 15 passenger decks, five dining rooms, other restaurants serving everything from pizza to fresh fish to Italian specialties and at least 11 bars.  We won’t go hungry—not with 24-hour room service.  The ship has the first ever ice skating rink on sea, a climbing wall, mini golf, basketball court, driving range, inline skating track, spa, gym, shops along the ship’s main fifth-floor Promenade and more.

We seem to barely have figured out our way around the ship when it is time for dinner. Salmon, pork tenderloin, or vegetarian curry?  The nice thing on a ship is you don’t have to choose. The waiter brings along an extra portion of the curry for us to share and a plate of roast beef to sample.  We drink wine and laugh—just what my friend needs, I think.

We play a few slots in the bustling casino but leave after we’ve lost $20, and then despite all of the activity on board, we make it an early night—some have just arrived via a red-eye flight from the west coast and are pooped.