A high schooler leaves his comfort zone in Costa Rica 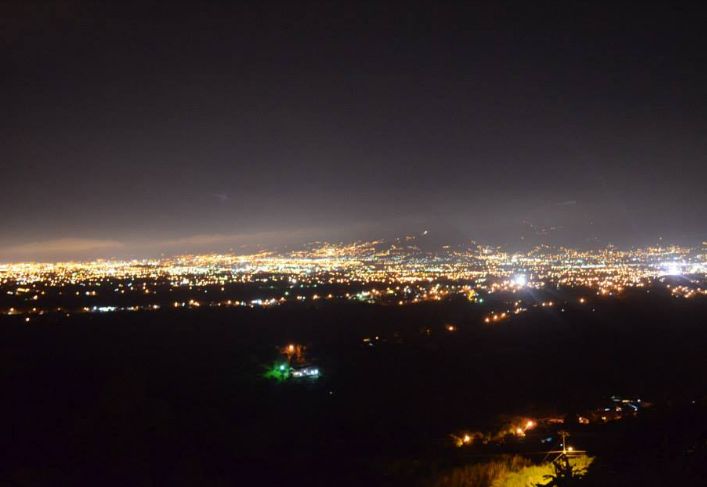 As a city kid from Newark, NJ, I’ve never traveled beyond the Northeast. I really wanted to make a difference beyond the borders of my country and travel at the same time.

I am a high school senior living at the ABC (A Better Chance) House in Westport CT.   Through one of our many ABC supporters in Westport, I was offered an opportunity through Adventures Cross Country to travel to Costa Rica this past summer to do community service in remote areas.  I thought it was going to be fun as many of my friends go to vacation there,  although I knew I wasn’t there to go there primarily to have fun.

This was the first time I went out of the country without my parents and it was the farthest I have been away from them. I also didn’t know anyone else going on this trip. I knew I had to get out of my comfort zone and make new friends.

I met people who attend schools in affluent communities and it was really exciting to know I can relate to them. There were 8 girls and 2 boys with one male counselor and one female counselor. The dynamics of the group were very boisterous, but we became closer and worked together in any type of weather. I learned how important my Spanish speaking skills can come in handy as I translated for everyone in the group.

At first, the constant raining and long hours of hard work made me feel tired and sleepy. I felt happy that I was making a true impact when constructing an educational trail and a mural for the children. It took a very long time, but after taking a step back and looking at what we had accomplished, it was worth it. We kept each others spirits high by doing interactive games. During nights, we would have evening circles which we open ourselves and learn more about each other’s past and other interesting facts. I learned to be comfortable sharing my low’s and high moments in life without feeling intimidated or shy.

Along the way, we met a lot of different people who were very knowledgable about the environment in Costa Rica. They told us that Costa Ricans all shared a common motto — s “Pura Vida” and it means Pure life. The people I met in Costa Rica seem the happiest as they learn to appreciate what nature provides them and making a living out of it. I made friends with the locals and played soccer! It was a lot of fun.

Here is the diary I kept on my trip:

I had to say goodbye to my family members from Newark, NJ and start my Costa Rica experience. The trip was from June 28th to July 18th. I took American Airlines to Miami and met up with the rest of the group. My group consisted of 8 girls and 2 boys including myself. We had two mentors named Eva Rendle (24) and Chris Perkins (22).

We arrived at a hostel in San Jose, Costa Rica for the first night. A hostel is a home of a family that is open to the public if needing a place for the night. They served us the classic Costa Rican dish called Gayo Pintos, which consists of black beans, white rice, and fried eggs.

We took a bus to go to start our journey. Our first day we traveled to the Surf Camp that was a 3 hour drive. It was located in the south east of the the country which meant that I was going to experience the Pacific Ocean waves.

Along the way, there were many merchants who were selling mats, clothes, hats,  and jewelry. They were of course selling Costa Rican jersey’s as the national team was competing in the 2014 Fifa World Cup during July.

Also, we stopped at a bridge for  break. We noticed the multitude of crocodiles. One of the locals there told us that just the other day, a drunk guy jumped into the river and the crocodiles ate him. We knew not to disturb them from sleeping.

We set up camp at the Surf Camp with tents and walked around the area. It was just a couple of feet from the beach that we were going to serve the next day. We met this guy named Marvin who was very knowledgeable about medicine and plants as he used to live with the indigenous people high in the mountains. He also taught us the national motto which was “Pura Vida”. It meant pure life which meant that we all must live our lives to our potential.

The next day, we started to learn how to surf. We had surf instructors who were very nice and kept us motivated after the many falls we took. I was the last one in my group to successfully stand up on my board, but I made it happen after two hours of attempting it. One of the surf instructors took photos of each of us when we were surfing with his very expensive camera.

After a long day of Surfing, we took a half hour drive to a near by waterfall to relax.  After three days at the surf camp, we had to depart from there. Marvin appreciated our company and wanted us to come see him whenever. Marvin is the man next to dog in the very front row kneeling down.

Next, we traveled high up in the mountains for a service trip in the little village called San Isidro. It rained EVERY day during the afternoon and it was very misty. There were a lot of dangerous animals and spiders in this area. Our group lived in a small little home with the local family. We stayed here for a five nights and got to enjoy the great food made by the mom. There is no source of hot water and we had to take cold showers!

On our second day there, we went straight to work. Our first project was heading to the local school which needed a new greenhouse. There were lots of hills and the roads were rocky. The little girl of the host family wanted to tag along and work with us. She loved talking talking to us about her family. Her name is Esmeralda.

On our third and 5th day, we went to a farm where the village receives most of its food. It belong to the a farmer named Pepe.  It was in a remote area near the bottom of a hill. It took us about 9 minutes to get down there. You can see the whole valley from the farm.

Luckily for us, we got to peel beans under the shade. It was very hot that day.  Pepe was very happy that we peeled many beans for him as it will bring money to his family. We did about a week’s worth amount of labor for him.

Santiago was the village leader. He was the one who constructed that house we stayed with. This is Esmeralda’s grandfather. He was helping us at Pepe’s farm. It was the raining season which was the time of harvesting in Costa Rica.

We then traveled to a Water Rafting Resort. We had to water raft our way there for about an hour. It a great place to stay after a long day of traveling. It had a great scenery for the rivers and there were other tourists staying at that resort. It was raining so much that the water level rose and it was very dangerous for us beginners to water raft our way back to the start. We had to scale up the mountain to the other side where we met up with the driver to take us to our next place: Mollejones.

At Mollejones, we were split up at a host family where we were able to connect with its townspeople. The little pueblo was in a remote area. We helped create an educational path for the little kids and created a mural. We got a lot done in only four days of work. It was truly one of my favorite places to be. After a long day of working, a lot of the town kids wanted to play soccer. Although the soccer field was a very muddy, it did not stop us from having fun. Next stop: Parismina.  There are not many tourists who go there and it was a remote village. The only way to get there was by boat.  We were welcomed with open arms.

We were assigned to patrol the beaches during the time we were there. The beach has many different turtles who come there to lay their eggs. We patrol the beach for four hours which can become a very laborious time, unless you spot a turtle coming onto the beach. It was very dark, but our eyes adjusted to it.  It is unfortunate that there are poachers who come there after our patrolling ours who steal these eggs. During the day, we would go to the village and explore it. The villagers were selling very nice necklaces and bracelets. I got a turtle necklace from there. On the morning we left Parismina, I was going to go stroll on the beach to see if any turtles laid any eggs. Though I was unlucky, it helped me become a more determined person.

We returned to the same hostel and I could not believe that it was our last night at Costa Rica.

We dressed up for the last feast. We went to a restaurant in the outskirts of San Jose. The food was delicious and the view was great.

After returning to San Jose, Costa Rica to go back home, I felt that I went learned a lot about Costa Rica in just 3 weeks. Learning how to surf or able to see a baby sea turtle hatch are things that not a lot of kids my age have done. I can truly tell all of my friends that I have visited one of the prettiest and greenest places in the planet with the best homemade rice and beans (sorry Mom!).  It was very hard saying goodbye to everyone because we felt like we were a family. Everyone shed tears except for me as I knew we would see each other in the future.

Now I’m back in Westport for my senior year at Staples High School.  As captain of our high school cross country team this seasion, I imagine as I take every stride of running on a Costa Rican jungle trail with an occasional sloth hanging atop of a tree.