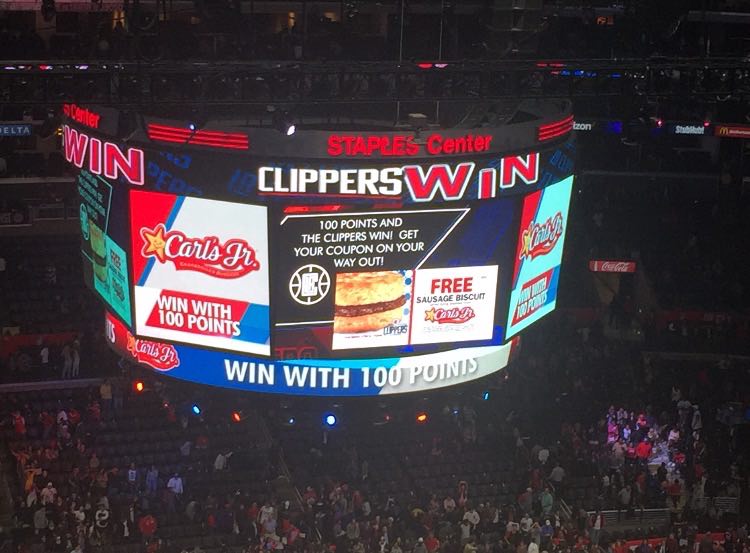 LOS ANGELES, CA–It is without a doubt that basketball is one of the most popular sports in the United States, and the 200th Consecutive Sellout of an LA Clippers game proved it on November 27th.

Over the P.A., it was shared that fans from Australia, Mexico, and France made the long voyages to spend Thanksgiving weekend in Los Angeles, with “LA Clippers versus the New Orleans Pelicans” headlined in their itineraries. As celebrations went on in the stands, tension lurked backstage.

Before November 27th, the LA Clippers held a 7 [wins] -8 [loses]  record this season. Sports tabloids exploited this fact into questions of insecurity, disappointment, and confusion with this LA Clippers team. However, an NBA Media pass allowed me to investigate this myself.

What was a room I have only seen on television was a standard NBA Press Conference room. It was open seating, so I sat in a comfortable second row to await for LA Clippers Head Coach Doc Rivers. Journalists were not shy asking about the tough questions.

When asked about the strategies of the Clippers now and his previous experience, Rivers commented, “I think our defense has to be better…I look at myself every game–you’ve been around the league long enough. That’s actually what coaches do; they have to do it every night.”

When Rivers ended, there was a certain room right next door that I also had access to. With shoes in shelves, socks on the floor, and a giant T.V . rerunning tapes on the competition, I knew I had entered the Clippers locker room. I could hear murmuring in the back room as the main room was quiet. A few other journalists and I only wondered what could the players be discussing in the back. A game plan? A motivational speech, given that they needed a win, especially on a special occasion like this? Who knows. No one could stay long to figure it out because it was game time.

I took an elevator up to the Press Box, sat in my assigned seat, and prepared for what was going to be a great game.

“To celebrate our 200th Consecutive Sellout, everyone will get a bracelet on their seat! Make sure to pull out the tab to be apart of the show…” announced the P.A.

As the national anthem was sung, a red and blue glare blinded the room for a second. Finally, as the bass dropped to Queen’s “We Will Rock You,” it was obvious now that the bracelets were radio controlled to create a wave of lights! Red lights! White lights! Blue lights! Clipper Nation was live, and now it was game time.

The ball was tipped in the air, and the LA Clippers wasted no time to make possession theirs. With the first jump shot made by J.J. Redick (LA Clippers player), the game was underway!

In the first quarter, the Clippers were pulling away leading 28-18. Although the action was present on the court, cameras were looking for some action off the court. What’s a good sporting event without a Kiss Cam? From married couples to young college couples, no one was safe from the Kiss Cam, including an elderly couple!

By the second quarter, Anthony Davis (New Orleans Pelicans player) was trying to put on a show, getting himself or a teammate into dangerous areas to draw fouls. When the Clippers could not stop fouling, a fan was taking matters into his own hands. A heckler was rallying up the crowd, trying to cheer on his Clippers, serving as an indirect distraction to the Pelicans free throw shooter. To my acknowledgement, every good sporting event needs a heckler, but this man was playing his cards right as a “fan.”

When the third quarter arrived, it was time for the Clippers to seal the deal. Taking a 35-24 lead at the half, J.J. Redick and Blake Griffin (LA Clippers player) were going to work. As a matter of fact, it was announced that J.J. Redick broke a new record–he was now the 100th All-Time NBA Top Scorer!

“Money! Buckets! And one!” cried out various fans at various times. This was simply the basketball lingo Clippers fans were having fun to cry out as they saw their team scoring shots all around–the Clippers were putting on a show with three-pointers, lay ups, and slam dunks!

The fourth quarter rolled around, and when the final buzzer sounded, everyone let out a big shout of relief. A home victory on a special night for the fans could not have been any better.

While the stands cleared out, the journalists filled up backstage, making their way to the Press Conference room for the post-game press conference. Doc Rivers couldn’t help coming in with a smile on his face.

“I thought energy was great tonight–our defensive energy was really good. We got out in transitions, we’ve been talking about it all year which we haven’t really done…we were up the floor early,” praised Rivers on the Clippers’ performance.

Although Rivers had a chance to share his thoughts, some victors made appearances to share theirs.Chris Paul was joined by his children, Blake Griffin arrived calmly in a cardigan, and J.J. Redick remained tranquil as he was the arguably the best player of the night.

As other journalists wondered about Redick’s heavy impact in the game after a back injury, one journalist joked, “You’re the 100th All-Time NBA Top Scorer, this was the L.A. Clippers 200th Consecutive Sellout, and this is my 300th question…”

Astray from questions regarding the return from injury, Redick was asked about how important the fans are, given that this was the 200th Consecutive Sellout game. Redick commented, “The fans are incredibly important. We’re trying to build something, and we’d love to have one of the top atmospheres in the league. I think that’s the ultimate goal. For us and where this franchise is headed…the fans have been an integral part of that and will continue to be an integral part of it.”

Although I am a journalist, it did not hurt to be a fan. What was a spectacular night already with a big win, the Clippers Nation ended the night with a win on the record and the fans at heart.

Want to catch an LA Clippers game yourself? Catch any remaining games in the 2015 season yourself! Tickets are available at: http://www.nba.com/clippers/tickets-2

Christopher Morales is a high school senior from Los Angeles