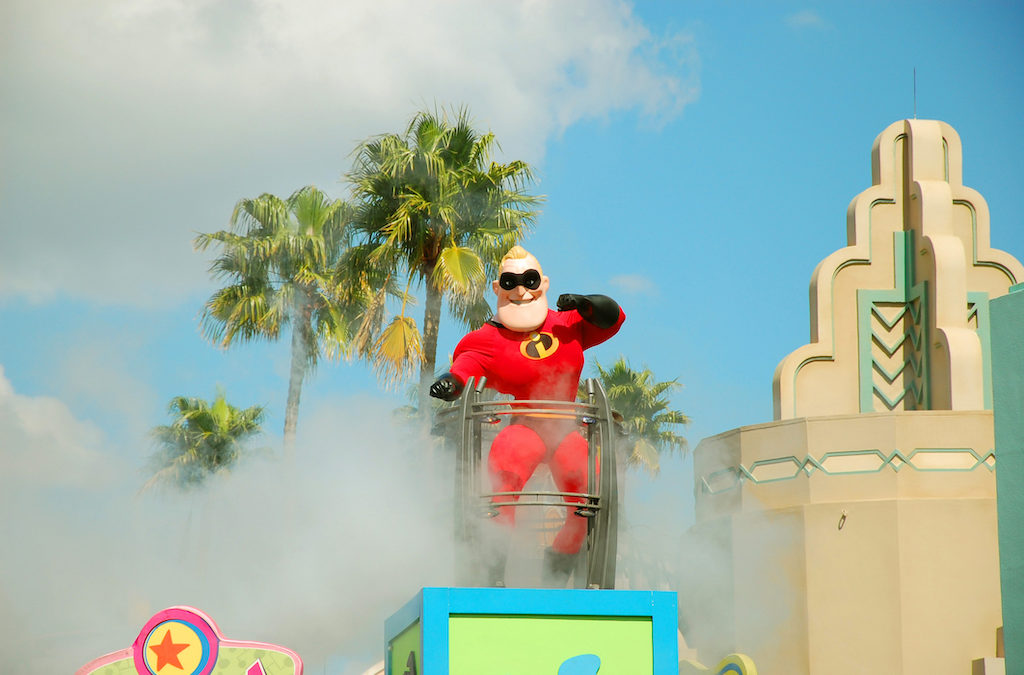 No, we’re not talking about where you might see your favorite characters and at which attractions at Walt Disney World, we’re talking about the masks you’ll see adults and kids buying and wearing throughout the parks and Disney hotels, often with mouse ears to match.

Disney has been strict about health safety, including mask wearing in the parks, with unfailingly polite cast members reminding guests to pull them up over their noses. It’s nice to see guests are having fun with them — and they are affordable ($9.99).

With the CDC now saying those who are fully vaccinated can put aside their masks, Disney watchers are waiting to see if the mask rules change, though children under 12 aren’t yet eligible for the vaccine.

“They are the most comfortable we’ve found,” said Ashley Bissonnete, from Atlanta, whose three sons were sporting Disney masks as she was purchasing more. She and others applaud the efforts to keep guests safe. Besides, she added, she and her kids have to wear masks at school and work, so they are used to wearing them.

Masks are just one change you will notice if you visit this summer. You will also need reservations to enter the park and you will not be able to park-hop until 2 p.m. It may take longer to get a bus as they are scrupulously social distancing riders. There aren’t as many live shows.

Character meet-and-greets have been suspended, replaced with mini parades like The Royal Princess Processional several times a day and the Mickey and Friends Cavalcade in which Mickey, Minnie and their pals pop up along the parade route in the Magic Kingdom. Donald and Daisy Duck wave to guests at Animal Kingdom as their party boat moves from DinoLand to Discovery River, while at Disney’s Hollywood Studios a contingent of First Order Stormtroopers join Kylo Ren patrolling the landing platform at Star Wars” Galaxy’s Edge. Pixar Pals, including The Incredibles, Buzz Lightyear and Woody, wave to fans as they stroll down Hollywood Boulevard.

Rather than wait in a long line for food, you order remotely through your My Disney Experience App and then pick up at a designated time and place or make a reservation for a sit-down restaurant.

And rather than racing to an attraction, as soon as you enter a park, you can open your app and join boarding groups or virtual queues.

Some of these changes are downright improvements. As for the rest, guests say, it’s a small price to pay for the chance at some normalcy during a pandemic, even if kids aren’t yet vaccinated.

“School is online and so much has been canceled … I knew a trip here wouldn’t get canceled and it gave us something to look forward to,” said. Sarah Bates, here with two teens from Boston. “I think they are doing a great job and we feel totally safe,” she added.

Cee Fisher came from Maryland with her daughter Ryah. “It was her sixth birthday,” she explained, adding there were many disappointments this year, including a canceled trip to Africa. “We’re going to Animal Kingdom instead,” she joked.

There are also new, and not so new, attractions that guests are experiencing for the first time — like Mickey and Minnie’s Runaway Railway in Disney’s Hollywood Studios. It’s the first time the world’s most famous mouse duo has been featured in an attraction where guests step into the animated action. “It’s like being right in a cartoon,” that’s really fun,” said Parker McDaniel, whose family drove from their home near Sarasota, Fla.

The Taste of EPCOT International Flower & Garden Show will last this year until July 5, with nearly 100 topiaries of Disney characters. Look for Remy in the France pavilion, Anna and Elsa in the Norway pavilion, and Tinker Bell in the United Kingdom pavilion, as well as special-themed scavenger hunts (follow Spike on his pollination trail!)

Many come to Epcot’s festivals specifically to sample new food. (How about an Impossible short rib or shrimp and grits? Maybe lavender mustard-marinated chicken flatbread or cheesecake at the Honey Bee-stro, where you can learn about honey bees’ critical role in the environment.

Rick DeCicco, Epcot food & beverage proprietor, said he got the idea for the pink, blue and green Froot Loop shakes watching his own kids finish off the milk in sweetened cereals. “There is something for everyone,” he promises, whether you are a foodie, want to try something different, or simply want a bite to eat.

Because festivals are so popular, The Food and Wine Festival will kick off on July 15 and run until Nov. 20. Soon after, it will be time for the ever-popular Taste of Epcot International Festival of the Holidays. EPCOT incidentally is in the midst of a multi-year transformation with a grand opening on Oct 1 of the much-anticipated Remy’s Ratatouille Adventure where guests will shrink to the size of Chef Remy and race through Gusteau’s restaurant. Afterward, in the French pavilion, stop for a bite at the new La Creperie de Paris.

For kids, observed Parker McDaniel, “You are in the right place to have a good time!”