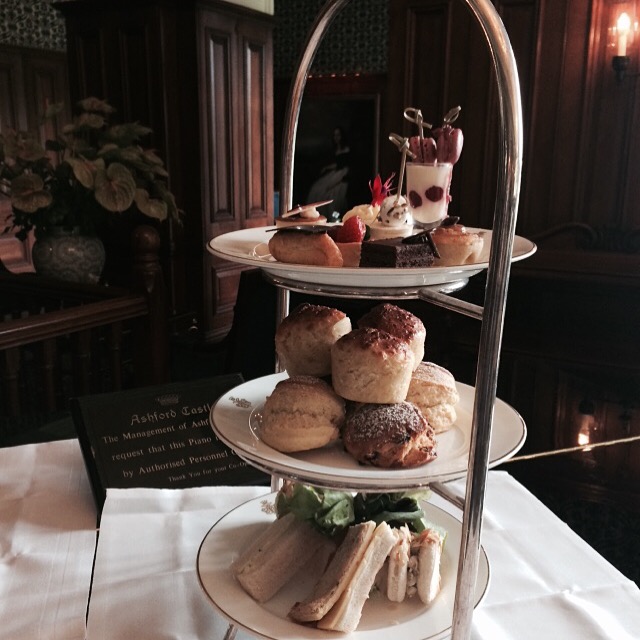 It’s a kind of round sausage that gets its color from pig blood and it’s a classic Irish breakfast dish—tastes better than it sounds.

Of course there’s also porridge with a splash of Irish whiskey studded with dried fruit and cream.

Let’s not forget the hand carved  ham, the smoked salmon and smoked trout,  fresh from local rivers, freshly baked scones…..the list goes on and on. The breakfast buffet, I learn, is inspired by Lord Ardilaun, a scion of the Guinness family that owned Ashford Castle in County May for more than a century. 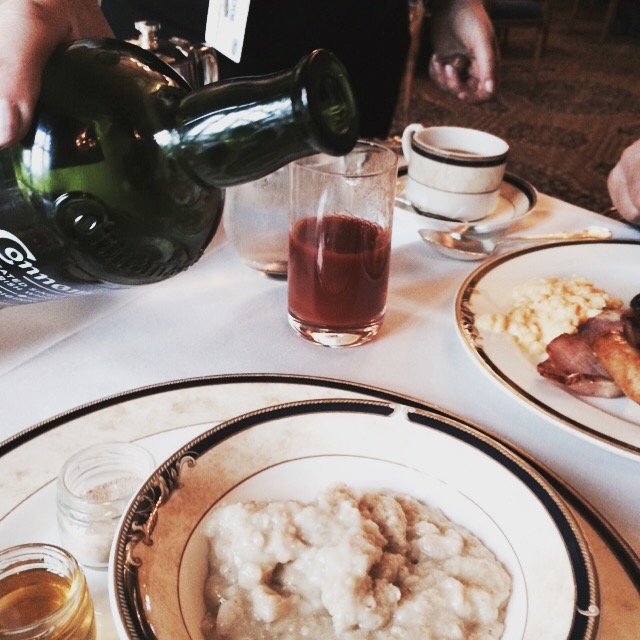 Porridge with a spash of Irish whiskey

He insisted on only the freshest and most varied of local produce, a tradition continued by new executive chef Philippe Farineau, who plans to bring back a multi-acre vegetable and herb garden.

The newly renovated Ashford Castle—the oldest castle hotel in Ireland on the country’s largest lake–is famous for making dreams come true, not the least of which are your culinary ones.

The night before we feasted in the George V dining room—so named because  part of this room was used by English Kind George V when he was still Prince of  Wales and visited here in 1905. We feasted on organic salmon, Connemara lamb loin and sweetbread and wild brill with “Killala Seaweed—all suggestions of the new chef—and terrific.

For 10-year-old Alexis Samano, from New Jersey, it was about staying in a “real” castle, explained her grandmother Connie Abodeely who organized this trip for herself, husband, daughter, son in law and three grandchildren, including Alexis.

Abodeely explained that she would much rather leave her children and grandchildren wonderful memories and experiences than money. She takes the family on a “big” trip every year. “Alexis is the princess of the family so I wanted to have a stay in a real castle,” she explained.

“When my grandmother first told me, I thought it would be old and gross.  It’s so much better,” said her older sister Gabrielle, 13.  “It’s fancy!”

“Very expensive,” said Connie, listening to her granddaughter. “But worth every penny!”