A place where a private tour makes sense: The Louvre in Paris 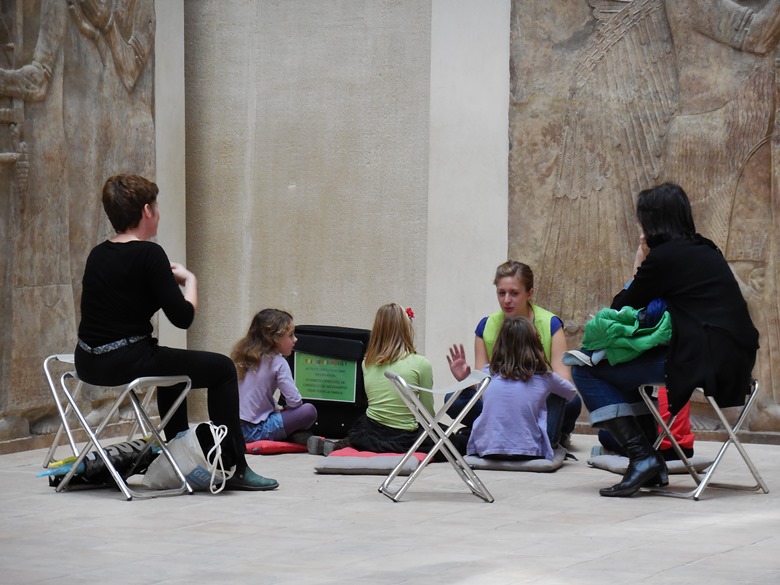 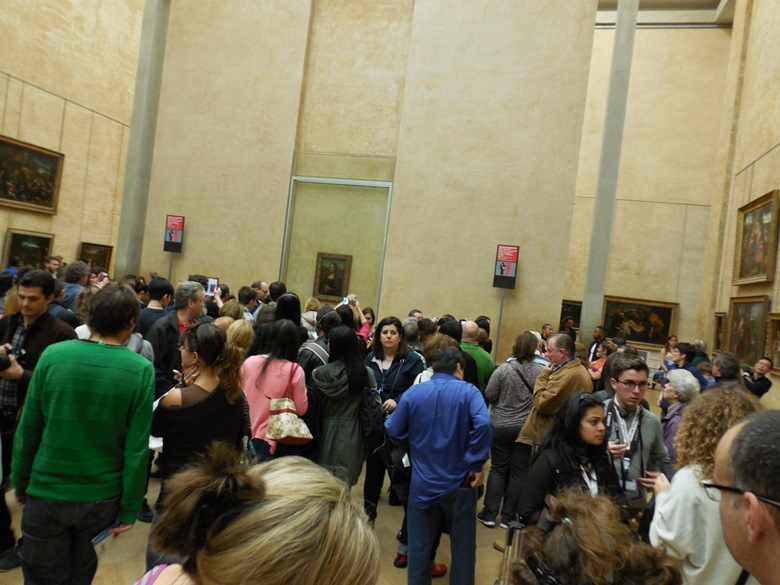 Crowds at the Mona Lisa in the Louvre

What a rock star!

The crowds are so dense you can barely get a glimpse of her famous smile, but people push and maneuver to take selfies anyway.

I wonder what Leonardo da Vinci would have made of all the commotion over the Mona Lisa, the small portrait he painted in the early years of the 16th century.

“It’s always like this,” sighs Isabelle Southgate, our guide from Localers, a tour company that matches visitors with local guides, as she watches the jockeying at the Louvre. She encourages kids to scoot up to the front of the crowd. “People are usually kind,” she says.

Southgate specializes in family tours of Paris and the Louvre for Americans. (The Louvre is the most visited museum in the world with nearly 9 million visitors last year.)

The Louvre can be overwhelming for an adult, much less a child. There are, after, all, some 35,000 pieces of art on exhibit representing most every civilization in the gargantuan building which started as a medieval fortress and became a royal palace before opening as a museum at the end of the 18th century.

That’s why I figure if you are going to splurge on a private tour, this is a good place to do it. You’ll at least skip the long entrance lines. These tours, however, aren’t cheap — they can be more than $100 per person, including the museum admission charge that’s roughly $22 (free for kids under 18).

If that price is too steep, there are many group tours available and you can skip the lines by purchasing tickets in advance from TicketWeb, or if you are planning to visit many of the city’s top attractions, purchasing a Paris Pass with discounted admission.

To tour on your own, purchase a multimedia guide or download the appropriate one for your smartphone for $1.99. Whether you want to see the masterpieces or more, the museum offers 90-minute group introductory tours in English, though kids might not have the patience.

However you choose to visit, Southgate’s expertise and suggestions can de-stress the experience here and at other major museums: Come prepared! Bring crayons and sketching pads. Make sure the kids have eaten and are well rested.

Discuss what you are seeing. Why is this artwork a masterpiece? Kids aren’t very impressed by the Mona Lisa, Southgate says. “She is so famous they expect something much larger.” The Mona Lisa is rather small and dark and, kids say, not very pretty. Many, in fact, believe Leonardo da Vinci used his own face as the model for Lisa Gherardini, the wealthy wife of the Italian who commissioned this painting.

Certainly it was one of Leonardo’s favorites. He traveled with it for years, working on it until his death in France. That’s why, Southgate says, the painting is here rather than in Italy. After the French Revolution, along with other treasures belonging to the nobility and the church, it was brought to the Louvre. For the first time, the public could see the treasures so carefully hoarded for most of history.

Kids do like the Winged Victory of Samothrace, which dates back to 190 BC, though its head and hand are displayed separately, as well as the armless Venus de Milo. Talk about why these body parts aren’t replaced, Southgate suggests.

Look around at the building! Kids can’t help but be awed by the walls and ceilings painted and decorated with gold. We see some of the walls from the original medieval fortress. Southgate points out the hearts and circles on some of the stones that were the stonemason’s marks — a great place for a scavenger hunt!

Let’s not forget the iconic glass pyramid built in 1989 to commemorate the 200th anniversary of the French Revolution after which the Louvre became a museum where working artists could study and the public could see previously hidden treasures. Beneath it is a shopping mall that tourists love. (There’s also a separate kids’ Louvre bookstore.)

Plan a theme in advance of your visit. If a family is religious, maybe it is the Italian paintings, Southgate suggests. Maybe it’s angels or soldiers or mummies.

Southgate says kids are fascinated with how the Egyptians buried their hearts, liver and intestines in separate boxes in their tombs and that they were buried with mummified animals. She points out some cat mummies, and even a mummified crocodile.

In case you are wondering why the Louvre has such a huge Egyptian collection, it is because Napoleon Bonaparte fought in Egypt and during the early 19th century anything Egyptian was fashionable.

Kids love the wooden headrests the Egyptians used instead of pillows and girls are fascinated by the cases for the cosmetics. There are ancient dice, lutes, drums and hieroglyphics.

Make it a game. How many lions can you find on medieval men’s tombs and dogs on the women’s? (The company Paris Muse offers a Louvre tour built around a treasure hunt for kids and a Louvre Quest for those with teens exploring quests for power, immortality, and love through the exhibits.)

Take a break in the Richelieu Wing looking at the famous massive sculptures that once graced the gardens of palaces like Versailles.

Leave when everyone has had enough and head outdoors to the famous Tuileries Garden behind the Louvre where in the summer there’s a Ferris wheel and a small amusement park. It’s always a great place to get some gelato, a sandwich and, of course, those famous French frites.

Truth be told, says Southgate, if families have time for just one museum in Paris, she suggests skipping the Louvre in favor of the Centre Georges Pompidou which showcases modern, contemporary and pop art. “More Fun,” she says.

The Mona Lisa will be here next visit.