A SHORE EXCURSION TO THE KENNEDY SPACE CENTER 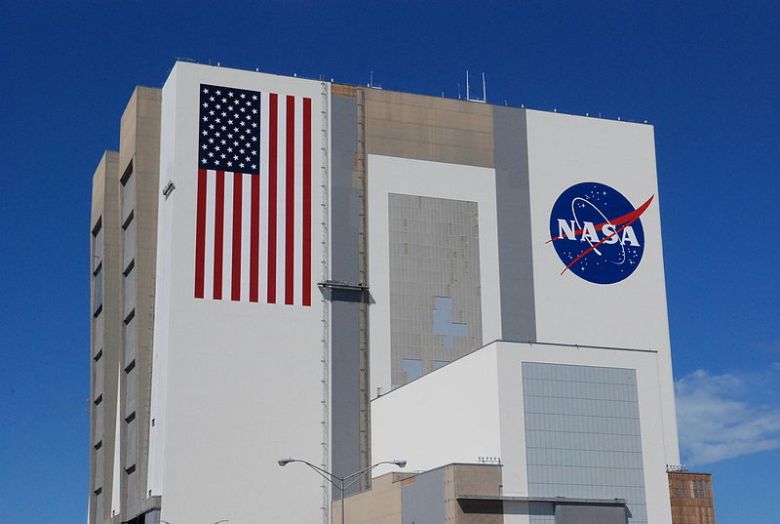 The vehicle assembly building at the Kennedy Space Center FL

The ship has docked in Port Canaveral, Fla. While many on board the Norwegian Gem head for Orlando’s theme parks — about a 50 mile ride away — I opt for The Kennedy Space Center (www.kennedyspacecenter.com).

The last time I was here — more than 15 years ago — we were vacationing in Orlando and came over to watch a Space Shuttle launch. Ironically. A launch is scheduled — a night launch — for next week, we’re told, though that can change.

The place is huge — encompassing some 43 miles as well as a wildlife preserve that’s home to more than 5,000 alligators (we spot a couple sunning themselves) as well as 16 Bald Eagle Nests, one that’s been here so long that it weighs 700 pounds!

But we’re not really here to see the Eagles, but to see rockets and learn about space. And this place is a combination of “edutainment” (yes you can ride a simulator to feel like what it must be like to blast off in the shuttle), history (learn everything you care to know about space history and visit the Rocket Garden with eight rockets, including one similar to that used to launch John Glenn in 1962), and current events (talk to an astronaut over lunch). But this is also a real NASA center where 14,000 people work every day.

The place is so massive that you take shuttle busses from area to area — for which we wait in long lines. The best part is the Apollo/Saturn V Center where there is a fully restored moon rocket (It’s huge!) and a tiny moon rock sample 70215287 approximately 3.7 billion years old!) That you can reach out and touch.

Check out the 363-foot long Saturn V moon rocket, the most powerful rocket ever built.

Throughout the experience, we see videos of various astronauts, engineers, technicians and flight launch veterans recounting their experience — and even time travel back to see what it would have been like to be in the control room for the Apollo 8 missions — yes, those are the real consoles that the engineers used. Not a laptop in sight!

In another building another shuttle bus ride away, we peer down in the “clean room” where engineers and technicians get items and experiments ready to go to the International Space Station. We walk through a mock up — the kids like looking at the bathrooms, of course. The spaces are so small! And we learn what important research is conducted in zero gravity — to treat cancer and other diseases, for example.

I wish I’d left more time for the end — when I was “blasted” into space aboard the Shuttle Launch Experience. Astronauts lent their expertise to the designers so we civilians could get a sense of what it is like to ascend into orbit — at 17,500 miles per hour!

I’ve got to say it wasn’t as intense as I expected, though you do feel the thrust, the shuttle shaking, the G Forces — it’s enough to make me know I never would have made it as an astronaut!

(If your kids are junior rocket scientists, find out about the Family Astronaut Training Experience — a two day program for kids eight and older and parents where you are immersed in astronaut training, riding more space simulators, and even building your own rockets.)

For younger kids, there is a new Children’s Play Dom where they can crawl through rocket tunnels, climb a “moon rock” wall and more.

This of course is the only place in the world where regular families could get up close and personal with an astronaut — I’m sorry to say I missed it! There are also IMAX presentations and the chance to sign on for a NASA tour led by a trained space expert.

A word of caution — this is not really for young kids, though they would enjoy racing around the Rocket Garden and the Children’s Dome.

Even older ones can get frustrated. “I was bored by all the bus rides,” said Eric Carrier, 13, who is here from Canada. But his older brother Jeremy, 15, pronounced it “a good learning experience.”

And sometimes that’s all you can hope for. But you can’t leave without a Sense of how much work and hope and disappointment along the way it has taken for the U.S. Space Program to come this far. As for the future, they tell us they are on track to finish the U.S. Space Station, to return to the moon and even go to mars.

Maybe one of our kids will help them get there.