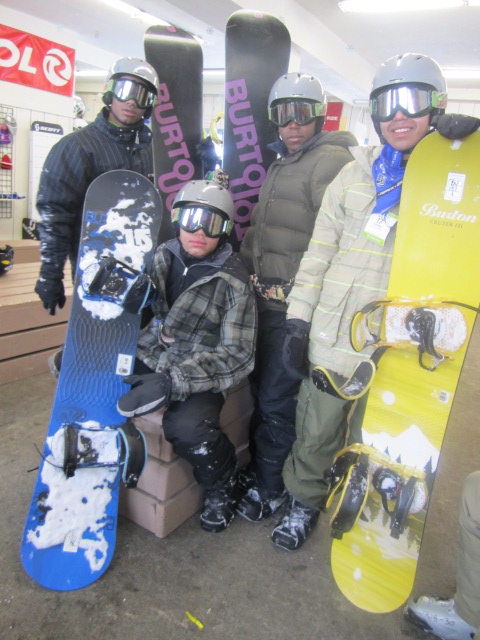 Larry Williams grew up skiing in Vermont where he still lives.

But not at a fancy resort like Stowe or one in Southern Vermont that caters to weekenders from New York and Boston.

“We wanted to make sure this place would continue to be here for the local community,” he said on a busy Saturday morning as parents were getting their kids ready for ski school.

More than 10,000 kids a season go to regular weekend programs here at this mountain with 300 acres of trails and what they  promise is Vermont’s most extensive night skiing.

It’s easy to see why families are attracted here—the low-key atmosphere reminiscent of when parents learned to ski in Vermont and the fact that lift tickets are about 20-30 per cent less than at neighboring Stowe. (Full day weekend tickets at Bolton Valley are  $66 for adults as compared to $92 at Stowe: $51 for kids as compared to $62 for kids.  Of course there are all varieties of deals—including reduced rate day care on Wednesdays.

Bolton was the first mountain to sign on to host Burton’s Chill Foundation   (www.chill.org )which brings at risk youth to the mountain to learn to snowboard every week.  And for the past five years, they’ve hosted my town’s A Better Chance boys—inner city boys who were identified as having great promise in middle school and invited to our suburban town to live in a group house and attend high school.

“We want kids who don’t have the opportunity to come and experience the mountains in winter and then hopefully some day, they will bring their kids,” says the president, George Potter.

One important tenet of the national A Better Chance program  is to expose these young men and women to experiences they wouldn’t have otherwise and to make them comfortable testing their mettle outside their comfort zone.

I can’t think of a better—and more fun—way to do that than on the mountain on a relatively warm (in the upper 20s) March day.  The Chill Foundation—headquartered in Burlington—has graciously lent us jackets, snow pants and gloves.  Bolton has not only provided lift tickets, lessons and rental gear but also rooms in their base lodge and meal coupons for breakfast and lunch.

We have boys from Los Angeles, San Diego and Georgia as well as the East Coast.  One opts to ski this weekend and Bolton puts him in a beginner group lessons.

“We’re not fancy,” jokes George Potter, as he looks around the lodge where parents are getting their kids ready for the ski day.  There is no one here to buckle your ski boots or lay your skis out for you on the snow as is the case at some fancy Colorado and Utah resorts.

Many families brown bag it for lunch—Larry Williams had a cinnamon roll in his brown bag.  “We have one every Saturday,” he explained.  “And I was afraid they wouldn’t have any so I brought some!”

The lodge is comfortable but basic.  The staff couldn’t be nicer—patiently helping me when I couldn’t get online.  The Tavern boasted a terrific local band.

We take the boys to The Reservoir in nearby Waterbury for dinner .  They’ve also given us a discount.  And the boys chow down on spicy wings and great burgers.  One of the boys opts for the Trucker Burger, a 1 pounder that comes with an American flag planted on top.  He gets cheers.  We toast their success on the slopes.

Snowboarding, I say, is more than about fun in the snow.  It’s about persistence and courage trying something new, getting up when you fall, empathy for those struggling more than you might be and even learning to get along in an environment as foreign as a foreign city.

How do you lace up those snowboard boots? How do you fasten those lift tickets to your jacket? How do you keep your fingers warm (hand warmers!).

Navigating unfamiliar turf successfully helps kids to realize they can step out of their comfort zones successfully.  That’s a lesson they can take home.