A tiny island on the reef off Belize 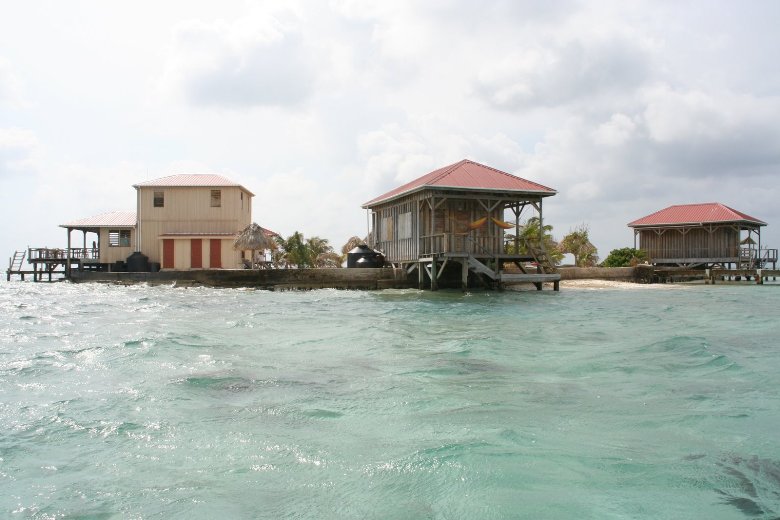 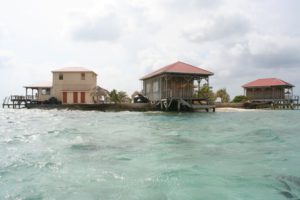 DAY 2 — It’s just me and the two Pelicans. I’m watching them from my chair on a tiny island — less than an acre around — named Robert’s Cay that’s about 20 miles — and more than an hour’s boat ride in a choppy sea with waves up to five feet — from the Inn at Robert’s Grove where we’re staying.

There are four cabins overlooking the sea on the island with the requisite hammock on the porches. Augustus Benjamin and his wife Romelia Pineda take care of the island and the Robert’s Grove guests who opt to spend a few days here — I’m spending just a few hours while my husband Andy goes fishing with Wayne Castellaos. He has two young daughters who love to fish, he tells us. The key when taking kids fishing: Make sure they catch something — right away!

The cabins on Robert’s Cay are surprisingly cozy. There’s hot and cold running water, showers, electricity — and a cook who will do your bidding — all the comforts of home and then some on a tiny speck of land off the coast of Belize. I’m content to just watch the Pelicans. Later, I agree to fish with my husband for awhile but I get bored. I don’t understand the appeal, I tell him. He’s very happy that he’s caught two mutton snappers (in addition to a lot of others that he released). The chef at the resort will cook them for us tonight (they were delicious). This is the kind of small hotel where you can’t help but strike up conversations with people on the beach or sitting next to you at breakfast. Pamela Auerbach, a single mom from Bethesda, MD said that helps make her more comfortable while traveling with her two boys Jonah, 9, and Cole, 11. She chose Belize, as did other families we meet, for the range of activities — jungle tour one day, snorkeling the next, the chance to see Mayan ruins. “I like to shake it up for them on vacation,” she said. An added plus was when arriving in Belize and realizing everyone spoke English.

The boys seemed equally enthusiastic, especially because they had made friends with some other boys their age on the connecting flight from Belize City. “It’s not too crowded or too resorty,” Cole reported.

Jonah was relieved to discover a kids menu that “has everything” from chicken fingers to burgers and mac and cheese. Jonah, Cole and their new-found friends hurried off to gather coconuts, which the staff cut open with machetes.

Another plus: the place is small enough that Aurbach feels comfortable letting the boys wander on their own, which they like immensely.

Those with younger children seemed equally pleased. There’s no organized kids program but Jennie Vogel was raving about the sitter who watched her preschooler and six month-old. Four year old Tanner Vogel, meanwhile, was busy dancing to the music of the local band last night. It seemed like most everyone had gathered around one of the pools for the music and a stellar beach BBQ. There was even a bride and groom and their 20 or so guests, including kids. “This is great for the kids,” said Robin Lyon, who is from Flagstaff, AZ and was here for the wedding with her six year-old and three year-old. “We took them fishing and kayaking… but if you want to stay and read a book, that’s not happening if you have young kids,” she said.

I like the way everyone talks to one another — and it’s a pretty diverse group. What they have in common I a desire to share an adventure with those they love best. “The whole idea of the jungle appealed to me,” said Amy White, who is traveling with her daughter Kaitlyn, who just graduated from college. “This is the most exotic trip we’ve taken.”

As for me, the longer I’m here, the better I like it. The chefs cooked my husband’s snapper for our dinner. It was terrific.