A trip to Costa Rica with two teenagers 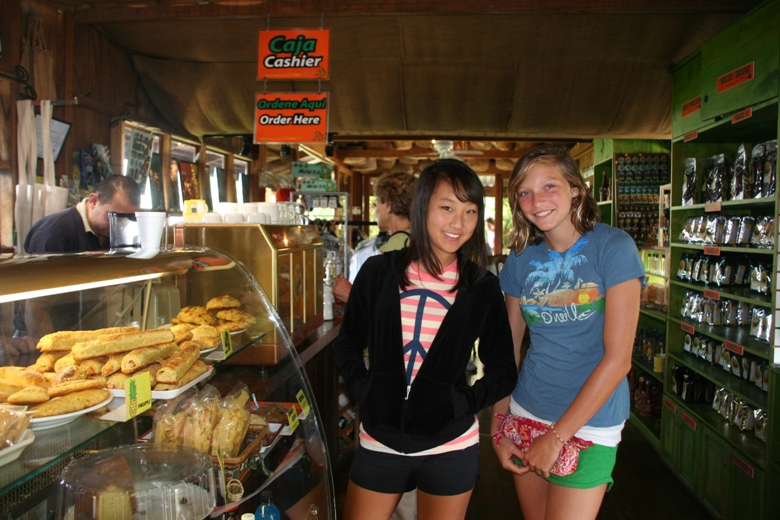 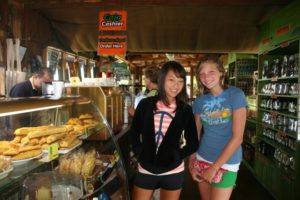 Eva and Kayla in Costa Rica

DAY 1 – The airlines want you to believe that checking in online or one of their automated kiosks will make travel easier and faster. But I think that’s the case only when you are traveling with just carryon bags. Then you can breeze through (or at least go straight to the security line) when you get to the airport.

JFK was typically a crowded mess at Delta. No one was quite sure which line was which — baggage drop, check in, security? For some reason, the automated kiosk wouldn’t let us check in so we got on a long line only to discover that was the line for the folks who had already checked in but needed to drop their bags. Finally we got on the right line, checked in (no one knew why we couldn’t check in on line) and finally made it through the security to the gate, only to discover our nonstop flight to Costa Rica would now stop in Atlanta. Apparently, the pilot — who presumably knew he was flying an international flight — forgot his passport so they had to swap pilots in Atlanta. This of course inconvenienced an entire planeload of people and made us about an hour and a half late.

That’s air travel for you these days. We checked out the Crown executive lounge (with Priority Pass $99 yearly membership you can use hundreds around the world www.prioritypass.com). At least we could have a muffin, some coffee and juice without paying exorbitant airport prices and we could get out of the fray for a little while.

My two travel companions — Eva Weinberg, who will be 14 in the fall, and her friend Kayla Bratton, were happy. So was Reeta Misra, from Nashville, who was traveling with her 11 month old grandson. “It’s much cleaner here and quieter,” she said as she changed his diaper in the bathroom. “And I can let him run around.”

When we land in Costa Rica, representatives from Thomson Family Adventures are there to whisk us to the Doubletree by Hilton hotel for our first night. It’s a nice hotel close to the airport but it is pouring rain. The girls are disappointed. We have signed on for a week long family adventure — everything from hiking to waterfalls to zip lining to watching sea turtles lay their eggs on the beach to visiting a local school. The girls are hoping for lots of beach time, of course. My daughter Reggie and I climbed Kilimanjaro five years ago with Thomson so I’m interested to see how their philosophy (try to encourage families to really appreciate and learn something about the culture where they are visiting as well as have an adventure) works here in Costa Rica.

We’ll be joined by three other families. I think there will be six kids between 8 and 16. I meet Sally Garrett, a single mom from Savannah, Ga. who is traveling with her eight-year-old, 12-year-old and a 15 year-old friend. They’ve never been to Costa Rica nor has she ever opted for a family adventure trip like this. “A lot of my friends have been here,” she explained. “I thought this would be a lot easier than on my own. I wouldn’t have known how to organize it. And it would have been a lot more stressful. I wanted everything to be done for me.”

She explained that her gang had “done the resort thing” in past summers and was looking forward to a different kind of experience. Us too.

We’re on our own for dinner. We opt to stay at the hotel and eat at the excellent Restaurante Curime which is known for its steaks. Since I have a couple of carnivores with me, they’re glad to order steaks. The food was as good as promised. After dinner, the girls head to the hot tub despite the rain. I opt for bed. Tomorrow the adventure starts.