A Trip to Cubs Spring Training with my Dad 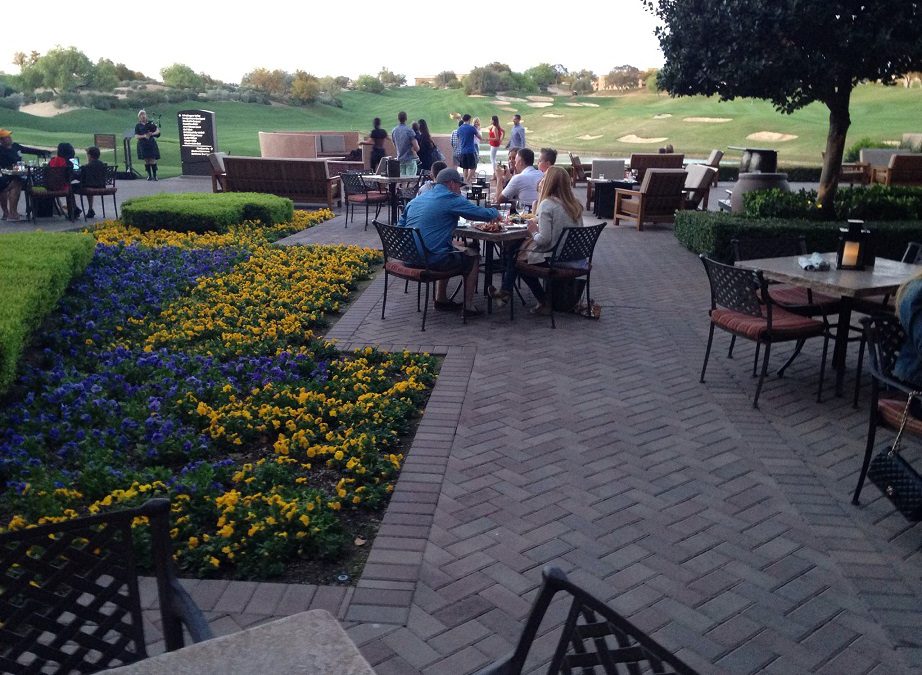 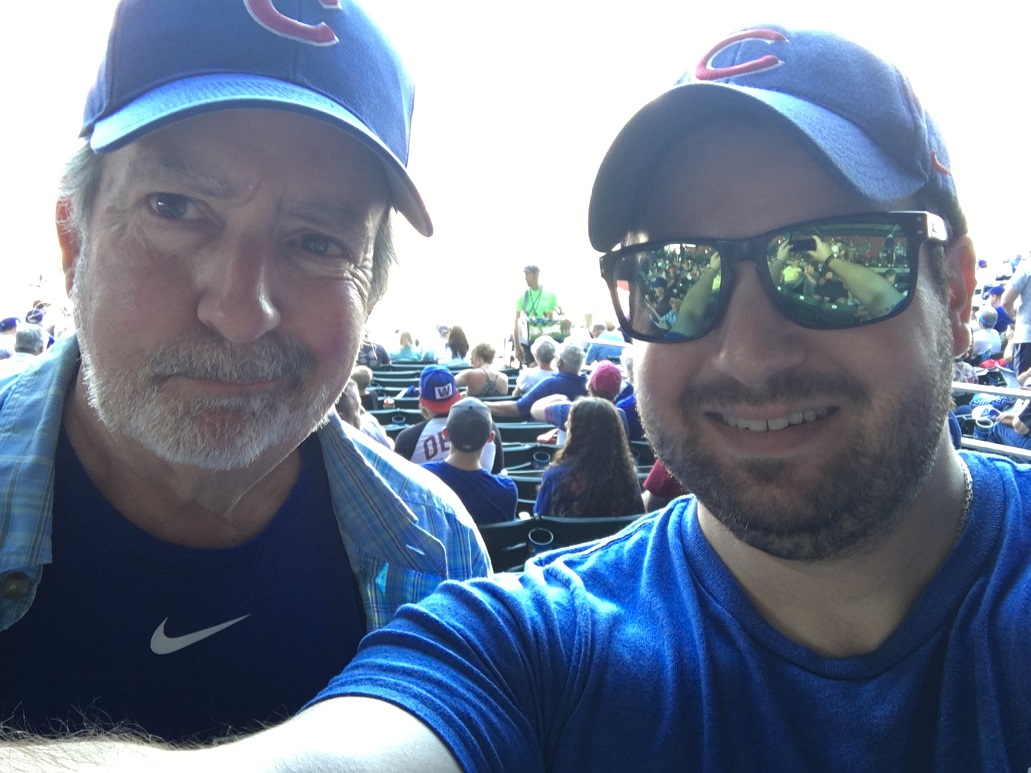 My dad is still skeptical of this selfie deal

MESA, AZ — “Are you guys Cubs fans?” asked the man working the counter at Whataburger in Scottsdale. He had spotted my dad’s Cubs hat.

“We are,” I replied, my face turning to a smile.

“I just want to give you high fives and congratulate you on the World Series,” he said as he rung up our burgers and swiped my card. My Dad and I shared a smile as we high fived him.

After the Cubs ended their 108 year World Series Championship this past fall – we watched every game of the playoffs together and even made a pilgrimage to Wrigley Field in Chicago for two games in August — I convinced my dad to join me this spring in Arizona for spring training – to get some warm weather and baseball and witness a bit more of baseball history. As coincidence would have it, two of his very best friends from his college years at The University of Texas were also planning a trip. The four of us could link up for four days of sunshine and baseball and laughter.

We made it despite some travel headaches, including American Airlines not letting us board our outgoing flight at JFK because we were one minute past the ten minute to departure mark – we got there at 6:16 AM for a 6:25 AM flight. Yes we should have been earlier, but the reps at American Airlines could also act like nice humans and not some sort of always angry sky cop. We were told if we didn’t comply and go rebook our flight “we wouldn’t be flying anywhere today.” What is it about TSA and the airlines that just seems to try to make the experience more miserable these days? We lost half a day in Arizona with the rebooked flight and were forced into pretty awful middle seats, but ended up making it safely, albeit exhausted. 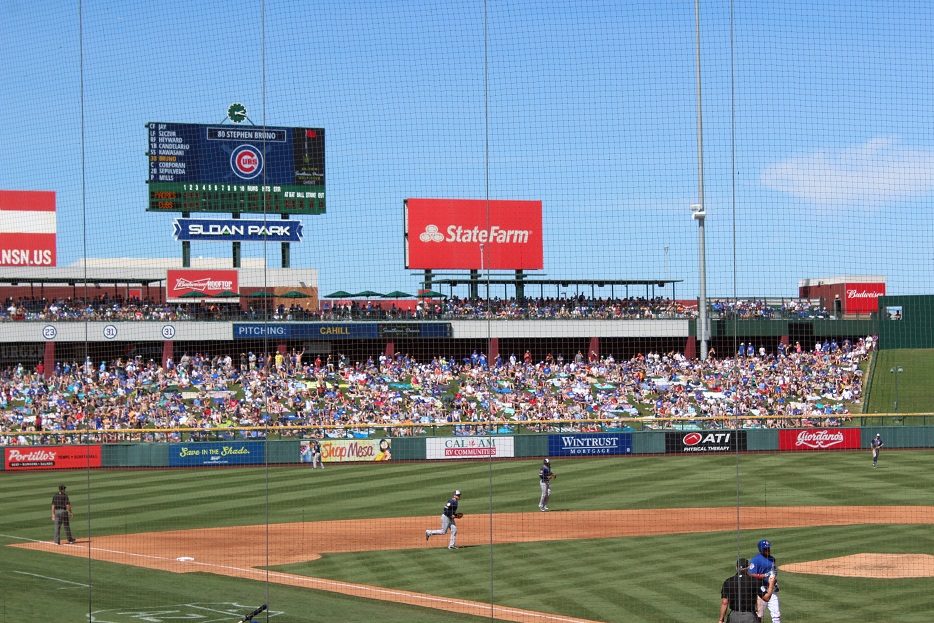 If there is anything to cure a good case of airline exhaustion it’s a beer, a hotdog, some sunshine and Cubs baseball at Sloan Park in Mesa. We were able to link up with my dad’s friends, Jim Hicks from Midland, TX, and Bob Inderman from Kansas City, MO, for the first game Sunday afternoon. The Cubs lost in what was essentially the Cubs B and C squad playing the Padres. The Cubs A squad had gone to Las Vegas to play the Reds and won handily.

That night, after checking into the Hotel Valley Ho in Scottsdale, a wonderful luxury hotel with a retro 1950’s feel, my dad’s friends joined us for dinner at the hotel’s restaurant, Zuzu, on the patio in the warm desert breeze. Over martinis and steaks, we all laughed as my dad and his friends recounted stories from college and past boys trips. 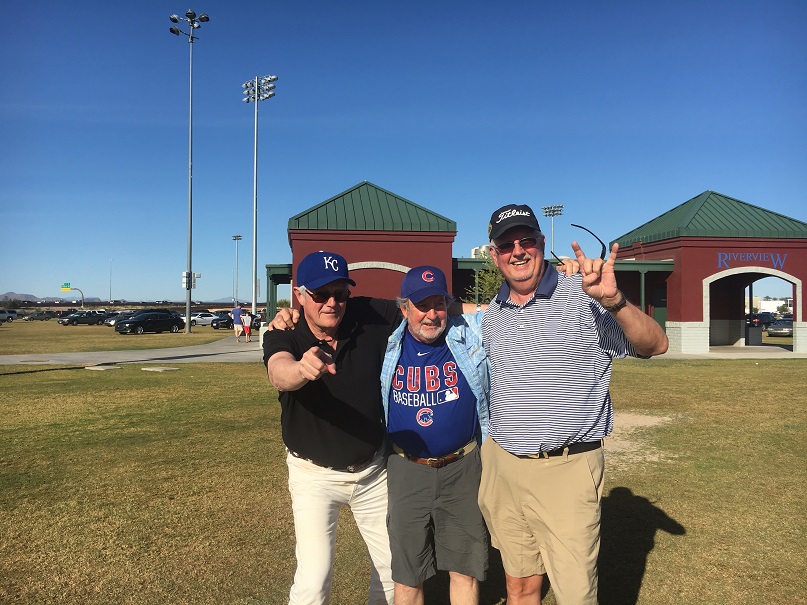 We all laughed as he recalled story after story. Seeing my dad and his old friends reminiscing reminded me of the way my college friends interacted. It was remarkable how similar the interactions were.

The last two days of the trip we spent at the Westin Kierland Resort and Spa, an upscale sprawling hotel on the outskirts of Scottsdale. The hotel offers excellent amenities like a text your concierge service, a scotch library, a great open air dining area with fire pits next to their golf course, a bagpiper playing in the gloaming and a very fine restaurant named Deseo that specializes in different types of ceviche, Southwestern dishes and wine pairings. 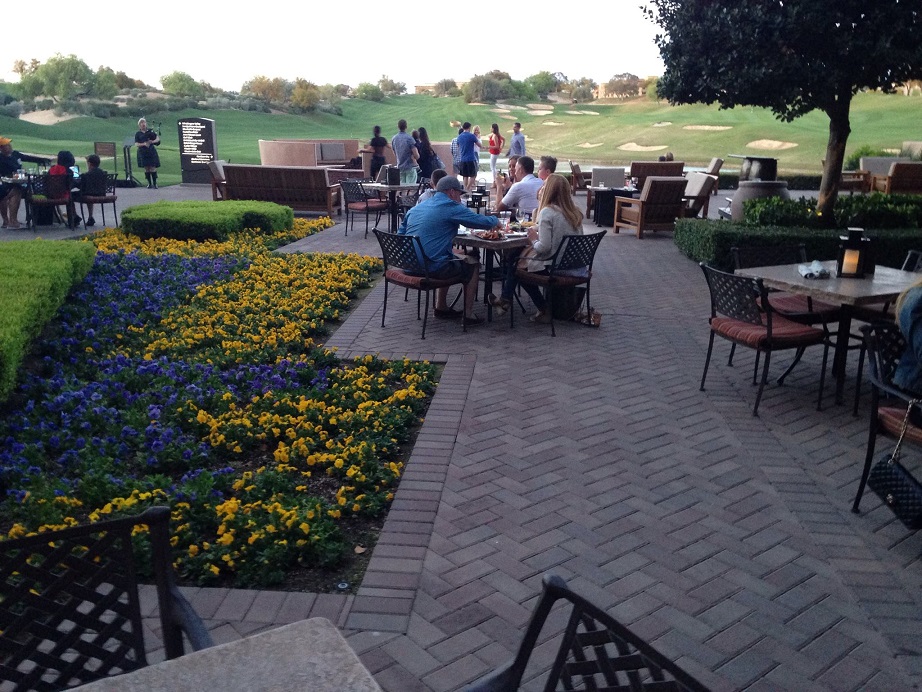 Bagpiper playing in the gloaming at Westin Kierland in Scottsdale AZ

The Westin Kierland seemed like kids central the week we were there with families enjoying their spring breaks, spring training games in the Cactus League and early arrivals for the NCAA basketball Final Four in Phoenix.

The last day we watched the Cubs beat the Oakland Athletics at Sloan Park in what turned out to be an offensive slugfest, 15-11. The balls kept jumping through the dry desert air and out of the ballpark in a back and forth contest.

“We should get a pool going to see if they can break 30 runs,” said Bob Inderman. By then, I had filled both Jim and Bob with enough anecdotes from the new book “The Cubs Way: The Zen of Building the Best Team in Baseball and Breaking the Curse” by Tom Verducci that Jim Hicks was obsessed with finding a copy. He later claimed to have read it straight through before making a 10-hour straight-through drive home to Midland.

This was the Cubs last game in Mesa for the spring. Immediately after the game they were breaking camp and heading to Houston for two exhibition games followed by a trip to St. Louis to start the season. As the game came to a close the PA announcers let the crowd know that the Cubs had set an all time attendance record this spring with over 220,000 tickets sold.

As the game ended and Go Cubs Go came over the loudspeakers, the Steve Goodman song that fans sing after every home win at Wrigley Field, we joined in with the crowd and sang along, reflecting on how baseball and sunshine can bring people together. Fathers and sons, old college friends, and everyone in-between.

“Go Cubs Go,” chuckled my Dad as we left the ballpark.