A trip to park city — day one 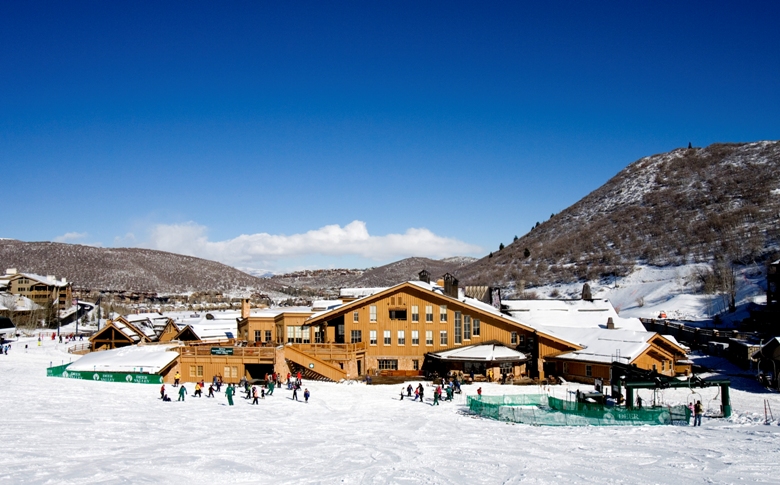 My room looks out over the groomers Deer Valley (www.deervalley.com) is known for and I can see the hotel’s hot tubs. There’s a fireplace and a marble bath and oh-so-comfy beds.

The best part: For a couple of days, I don’t have to worry about anyone but myself. An old friend from California is meeting me for some fun in the snow and people-watching as the Sundance Film Festival gets underway. The secret is, with all the celebs and movie folks in town to hobnob and make deals, the mountains are empty. There’s no better time to ski! And we are supposed to get dumped on tonight.

So this hotel—180 luxurious rooms—just opened in December. You know it’s not your ordinary hotel from the first check in. You have to take a funicular up to the actual hotel from the base. Your bags and skis are whisked away and magically appear in your room or are waiting for you in the ski valet when you want them. I’m trying out some Rossignol’s women’s skis that are shorter than I usually use so I’m excited to see how I do in the fresh powder in the morning.

Deer Valley, of course, is all about service. “They’ll even ski for you if you want,” the shuttle driver joked on the way over from Salt Lake City airport. A point about getting here: I left New York on a 9:15 a.m. flight and was checking in to my hotel by 1:30 pm If I’d taken an earlier flight, I could have skied this afternoon free—as long as I showed my boarding pass.  No long schlep to the mountain, no connecting flights. Nice! Park City is just 36 miles from the Salt Lake City International Airport via Interstate Highway. And there are hundreds of daily flights in and out of Salt Lake City International Airport.

The favorite of the evening– fresh lemonade spiked with High West Whiskey. Did I mention this place is a restaurant too and it’s right at the base of the town lift? (www.highwestdistillery.com)

We end the evening at Snow Park Lodge and Deer Valley’s amazing Seafood Buffet, named as one of “America’s Top Restaurants” in the Zagat Restaurant Guide which offers everything from Dungeness crab to freshly shucked oysters, sushi, lobster bisque, steamed mussels and clams, BBQ baby back ribs and a vast selection of entrées such as sablefish, roast duck, yellow fin tuna, prime rib and creative pastas, potatoes and vegetables; finishing with a baker’s dozen of dessert choices from Deer Valley’s own bakery.

I practically roll back to the hotel—and I didn’t even make it to the baby back ribs and other entrees.