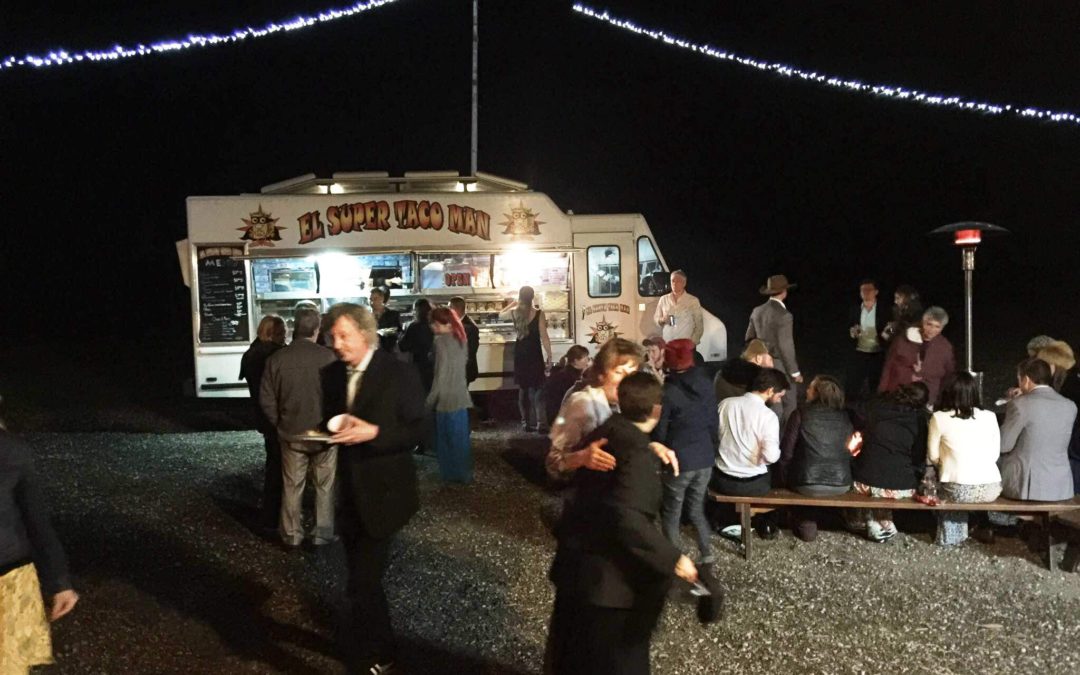 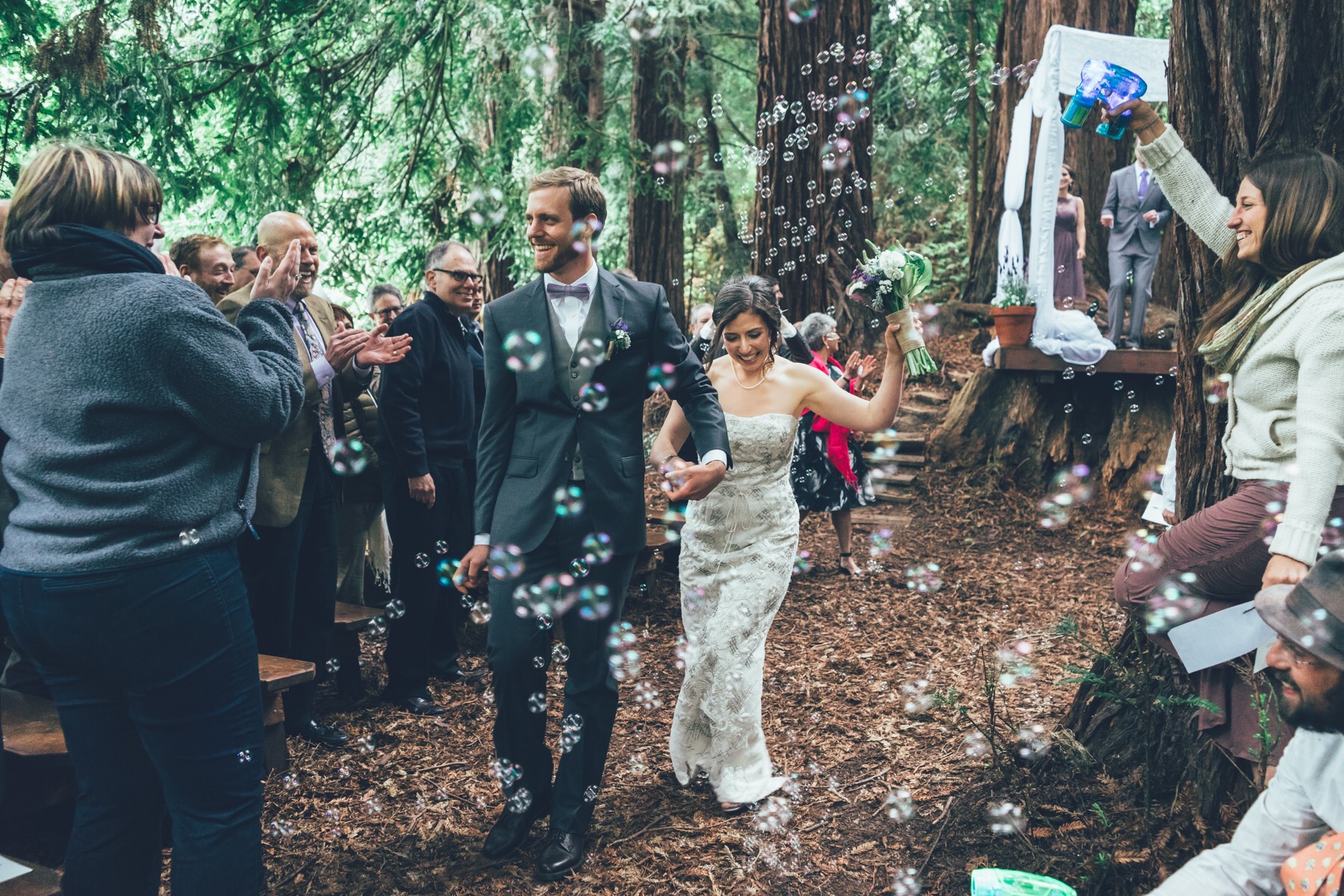 It took my breath away.

The beautiful bride and her handsome groom saying their vows before a minister they knew well, standing on a platform decorated with fresh flowers under a billowing white huppah, or canopy, fashioned in part from a hand-embroidered family heirloom amid the soaring California Redwoods surrounded by family and friends, some perched on blankets in a semi-circle surrounding them.

Most had traveled hundreds if not thousands of miles to join the weekend-long celebration.

I had a front-row seat, holding my husband’s hand and wiping away tears. Like one in four American couples getting married this year, according to research by TheKnot.com, my daughter, Reggie Yemma, and her new husband, Dan Foldes, opted for a destination wedding in San Gregorio, Calif., at the OVY Camp, in a valley about 10 miles southeast of Half Moon Bay. These days, kids in the family are often part of the destination wedding equation. In our case, there were a lot of children present, including a baby who had come from Belgium and one preschooler very excited to show off her own “wedding dress.”

Thirty-three years ago we had a destination wedding in Chicago where we lived. Such affairs were far more uncommon and truth be told, I don’t think my mom was particularly pleased. We thought it would be easier with our busy work schedules and with family spread from Texas to New York.

But in fact, destination weddings average 75 guests and more destination weddings take place in the United States than abroad, according to the research from The Knot.com, often with celebrations spread out over a few days, which gives far-flung family a chance to reconnect. Almost half the destination weddings in the U.S. occur in three states: Florida, California and Nevada. I know couples who have married atop ski mountains and others on Long Island vineyards. One New England couple I know, for example, chose Miami so that the groom’s elderly and disabled grandparents, Florida residents, could attend. 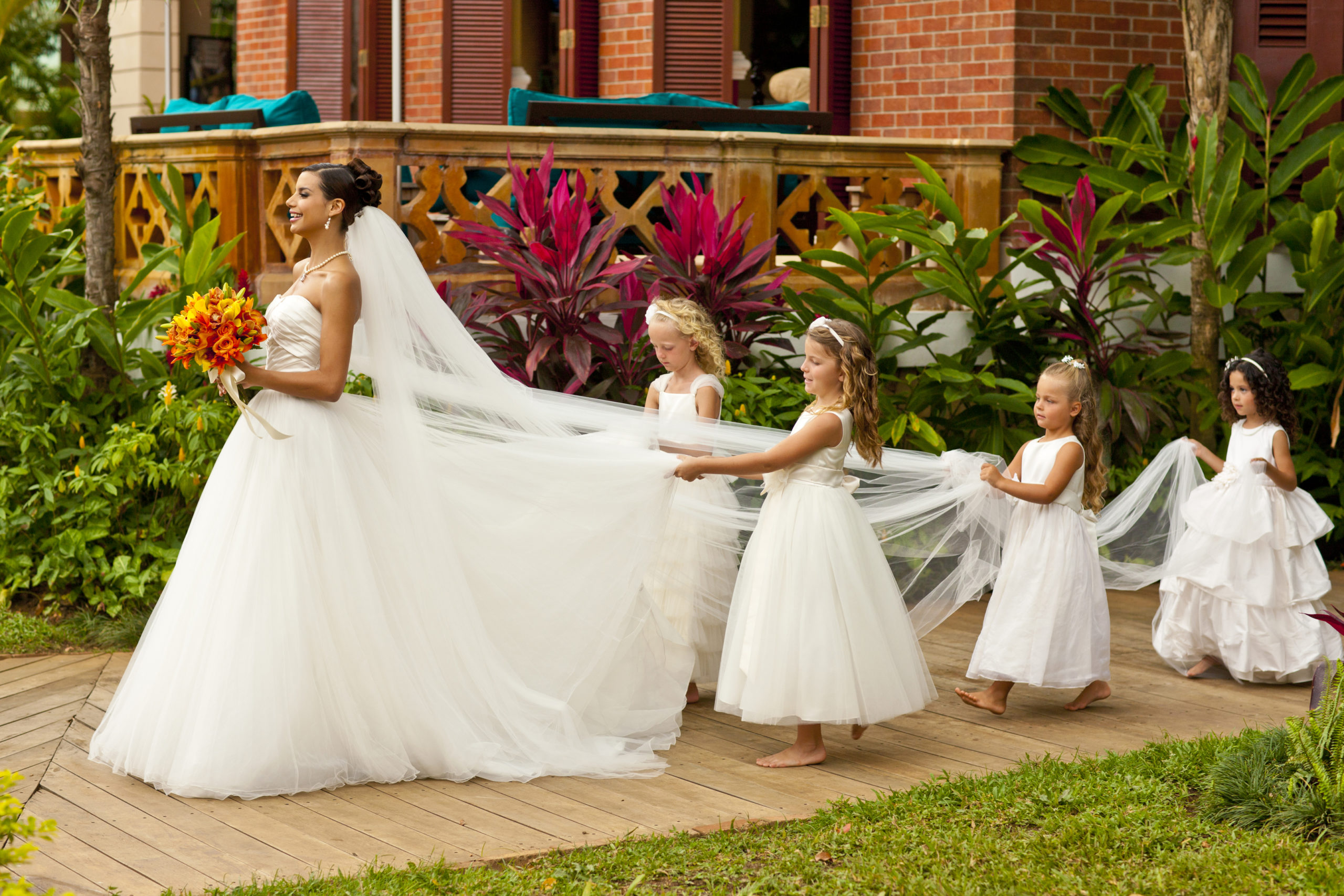 Destination wedding at a Beaches Resort

Sometimes, the destination is purposely chosen because it will be kid-friendly. There are 1,200 weddings a year at Walt Disney World, for example. And when I was recently at the Now Amber, an all-inclusive resort complete with kids’ club in Puerto Vallarta, Mexico, guests told me they were among the 70 or 80 friends and relatives who had pulled their kids out of school to attend, flying from New York and Canada. Beaches, Sandals’ family brand, touts “WeddingMoon” packages that combine the wedding, multigenerational celebration and honeymoon.

In our case, the celebration started in San Francisco, where the bride and groom live, the Wednesday before the wedding and didn’t really end until Memorial Day, two days after the wedding.

Couples often choose a place that has special meaning for them, The Knot says, and my daughter and son-in-law were no different. Reggie had spent a year working for Vida Verde Education, a nonprofit in San Gregorio that provides environmental learning experiences for kids whose school districts are too poor to offer such programs. She would overnight with the kids in the bunks at the OVY Camp.

It was important to Reggie and Dan that the fee for their wedding venue help support OVY programs. The couple also wanted a place where their friends could all spend the weekend together. (They spent their wedding night in a teepee!) It was just as important for us that our generation, as well as our elders, be able to stay together too. We chose the 80-room Half Moon Bay Lodge in part because of its beautiful gardens and poolside fire pits, its complimentary breakfasts and its proximity to the wedding venue. Even breakfast, I was glad to see, became a time for our scattered family to catch up.

The bride and groom also wanted their guests to enjoy the Coastside area an hour southwest of San Francisco, which they had come to love, where there is hiking amid the magnificent redwoods and on the coastal trail that stretches more than 11 miles along the Pacific Ocean; farms to pick strawberries and farm stands selling all varieties of local produce and flowers; the Harley Farms Goat Dairy with its baby goats and award-winning goat cheese; the amazing tide pools (my husband led a family expedition the morning of the wedding) restaurants like Pasta Moon and the Half Moon Bay Brewing Company overlooking the coast. There’s the chance to bird watch, see seals, sea lions and, at certain times of the year, whales. And there are all varieties of places to stay like the tiny, romantic Inn at Mavericks that overlooks the harbor where our newlyweds spent their last night of the wedding weekend. 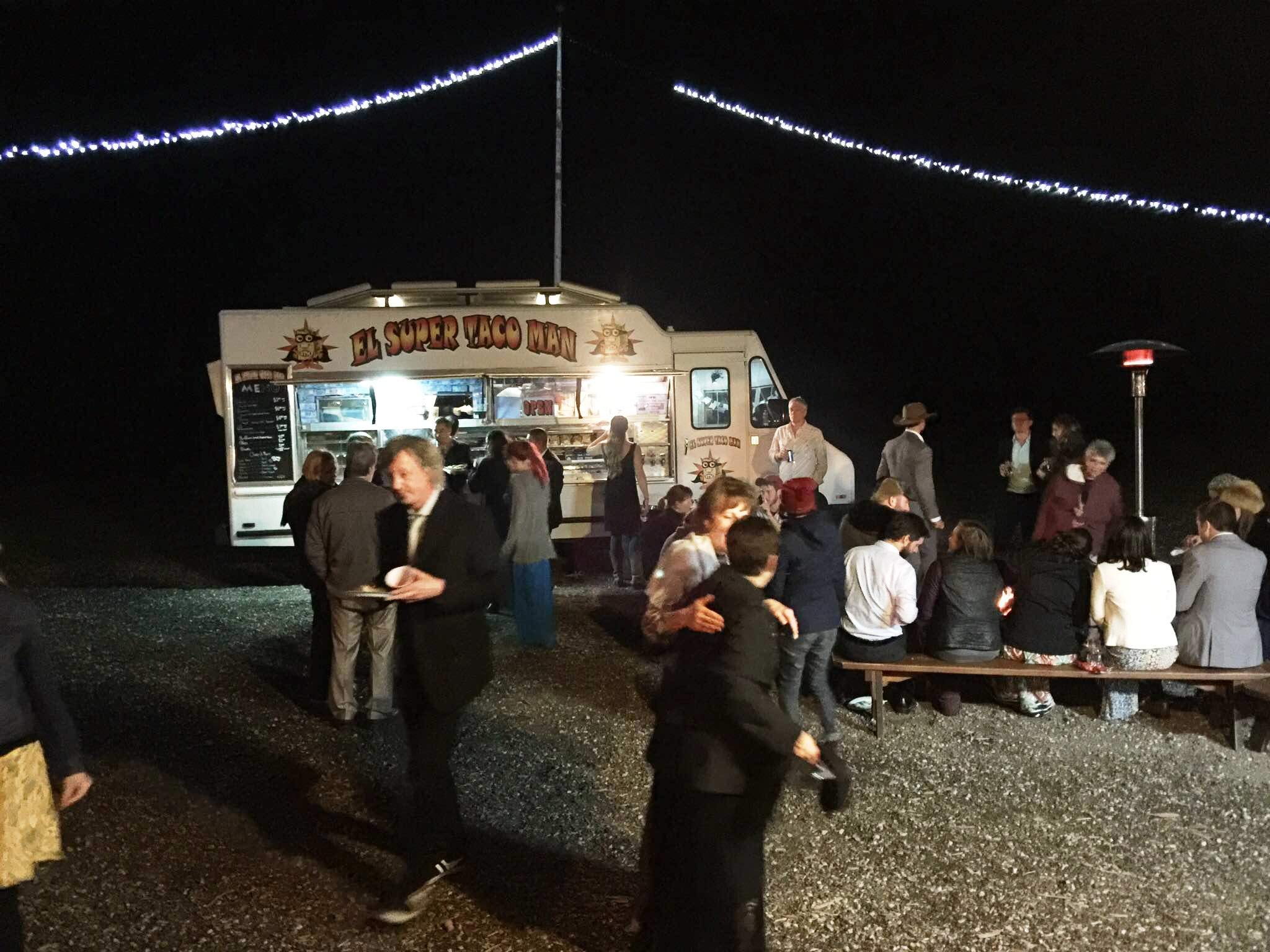 The couple detailed some of their favorite places in the welcome bags they left for guests and were gratified that most heeded their suggestions. Of course, it was tough for the mother of the bride to be 3,000 miles away during the planning — this was not an all-inclusive resort where an in-house planner sweats all the details. I hired a caterer for the Sunday brunch for 100 based on a phone call and emails. We only communicated via text with El Super Taco Man, a local taco truck, we and the groom’s parents hired to surprise the couple to kick off their after-party. All worked out well.

But like at any wedding, things didn’t go exactly as planned, like the unseasonably cool, damp weather. Everyone just grabbed an extra jacket or sweater over their wedding finery. After the overnight rain, we had to move all the tables and benches inside and quickly wipe them dry before the guests arrived for brunch. Instead of our generation sitting around the gardens at the Half Moon Bay Lodge, we gathered in our room around the fireplace. The key — just like on any trip — is not to sweat the small stuff, keep smiling, and enjoy the moment for all it’s worth.

So there we and the groom’s parents sat on the beach, the afternoon after the wedding, looking out at the crashing waves at Pomponio State Beach with our kids and the friends who had traveled so far.

We raised a glass of leftover champagne to the couple — and everyone who had made the trip.