A visit to the family friendly Texas State Fair 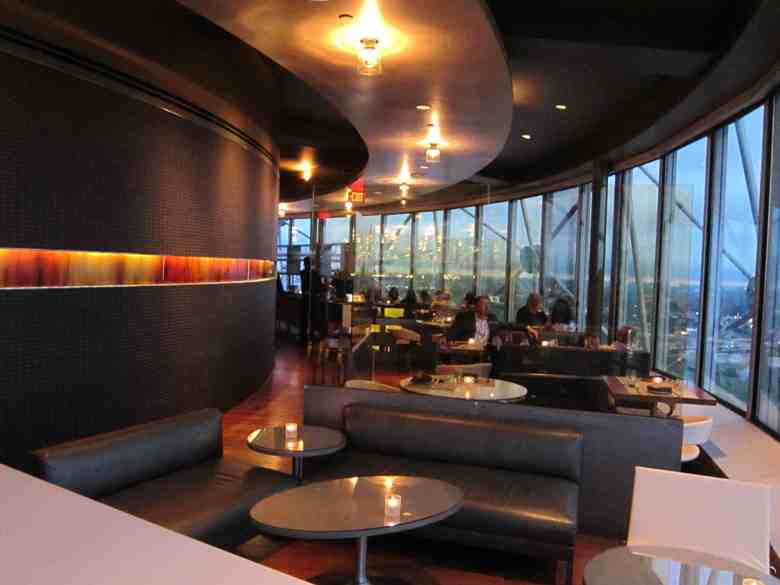 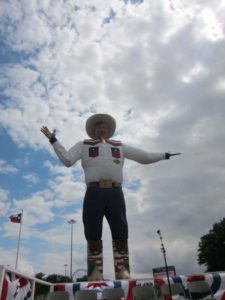 Thanks to my 70’s childhood, Dallas has loomed large in my imagination for decades.  The television soap opera that featured J.R. Ewing and oil-charged family disputes fueled this.  Glitzy images of mansions and ostentatious material goods have stayed with me into adulthood.

My very first day in Dallas began with breakfast at the Fairmont Hotel located in the downtown Dallas Arts District.  It certainly lived up to my pre-conceived notion of Texas glamor. It’s a luxury property that accommodates the whims of billionaire oil tycoons as well as families.  When little guests check-in, they are greeted with a wagon filled with toys and allowed to choose a gift, a perfect pint-sized welcome.

I sipped my coffee on the spacious rooftop garden.  Herbs, fruits and veggies surrounded me.  There are two beehives producing a subtly delicious honey, served at the hotel’s restaurants along with the freshly grown produce.

I headed to Main Street for a more homespun affair, the State Fair of Texas Downtown Parade.  This event traditionally kicks off the annual state fair, which runs through October 20.  Locals and tourists lined the streets to watch dozens of colorful floats, marching bands, drill teams and cheerleaders. The parade route goes right past the ultra-posh Neiman Marcus flagship store, giving you a hint of the highbrow-lowbrow flavor of this town.  Here is a short video of the parade:

I was in a properly festive mood after the parade and headed to the fairgrounds.  Dallas has a rapidly expanding light rail system, DART.  It swiftly transports you to the fairgrounds from downtown, with no parking hassles or traffic headaches.  Kids six and under ride free, those under 15 pay a discounted fare.

The State Fair’s iconic mascot is Big Tex.  For 60 years, this 50-foot tall talking cowboy statue loomed large, greeting visitors with a wave and a “Howdy, folks!”  A fire destroyed him in 2012 and citizens of the Lone Star State mourned the loss of this beloved symbol. The highly anticipated new Big Tex was unveiled to fairgoers on opening day, with great success. 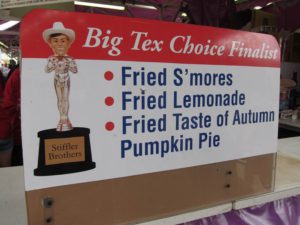 As a first-timer at the fair, I was bowled over by the variety of fried foods being sold and consumed.  There were classics such as funnel cakes and corn dogs (called corny dogs in Texas).  But what really impressed me were the unusual concoctions like fried beer and fried Frito pie.  The most creative was fried Thanksgiving dinner.  Turkey, mashed potatoes, and stuffing are combined into bite-sized pieces, deep-fried and served with cranberry sauce and gravy for dipping. 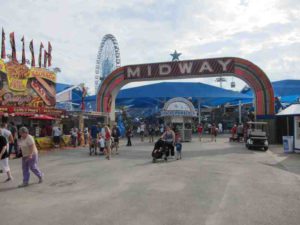 Amusement rides and carnival games were big hits with the kids.  Live music added to the jovial spirit. I really enjoyed the craft displays. Creative arts that are nearly extinct in my part of the country are alive and well in Texas.  Quilting, doll making, needlepoint and other crafts are revered in this competitive contest, where adults and children strive for coveted prize ribbons.

I headed back to my hotel, the Hyatt Regency Dallas. I was stuffed from all the fried goodies that I had sampled, but I couldn’t resist a nightcap at the hotel’s rotating restaurant, Five Sixty by Wolfgang Puck atop Reunion Tower.

I ascended 50 stories and was greeted by floor-to-ceiling windows offering a birds-eye, 360-degree view of the entire city.  It was an elegant and visually lovely way to end my first day in Dallas. 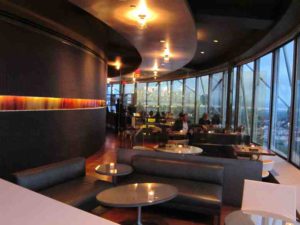