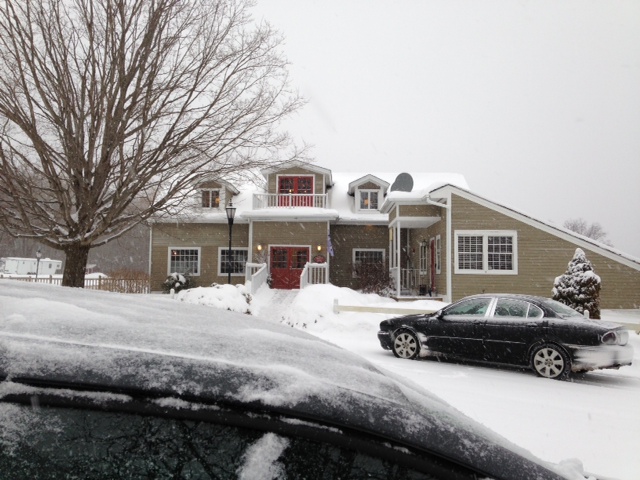 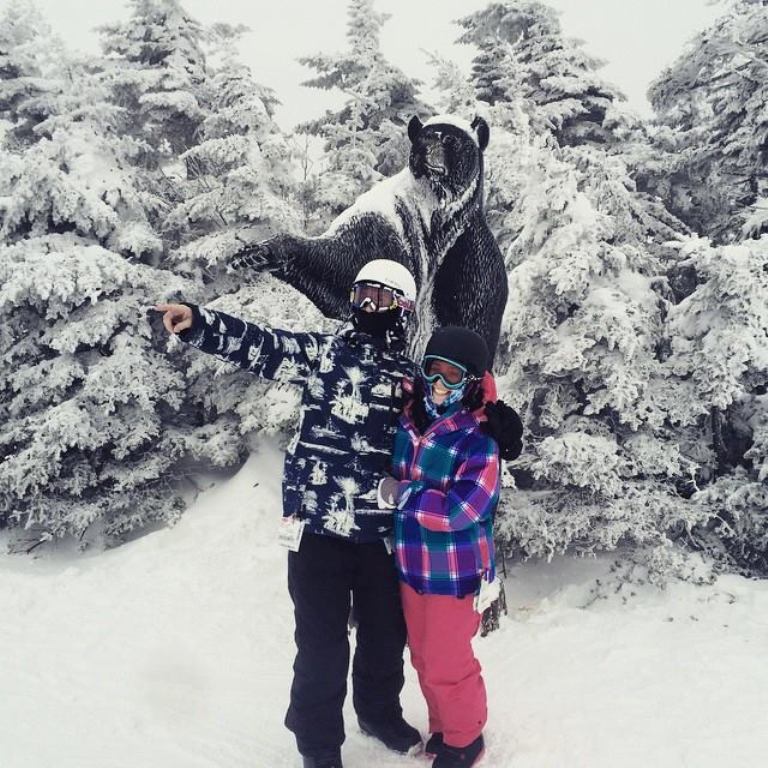 Emily and friend atop Stratton Mountain

MANCHESTER, VT — Eager to take advantage of the abundance of snowfall this February, my boyfriend, Brian Nentwick and I decided to spend a weekend in Vermont. To avoid the congestion on the mountain during President’s Week, we booked a trip for the weekend of February 7th.

After a brief search online, Brian found an Inn right on Rt. 7 in Manchester. Situated between Southern Vermont ski resorts Bromley and Stratton, Manchester is home to shops, restaurants and more small cozy inns than you can count.  The Inn at Willow Pond was a quant rustic place that can fit the needs from couples to families, even allowing pets.

The Inn at Willow Pond in Manchester VT

After not arriving until around 9:00 PM on Friday night, the search was on for dinner. Many of the restaurants were closing around 10:00 so our time was limited. After being turned down from many of the restaurants due to winter hours, we found a small pizza place that was accepting orders for take out. My recommendation if you are going to be arriving to Manchester late at night in the winter, is to find a restaurant on the drive up from New York or Connecticut (3-4 hours depending on your starting point). This will save you time and guarantee you have nourishment.

Capitalizing on the fresh snow that was falling on Stratton Resort, we headed out early on Saturday. Stratton Village was bustling early in the morning with skiers and riders trying to take advantage of a full day on the mountain. With fresh powder, the atmosphere was a vibrant one at the base of the mountain. Kids getting into groups for lessons, riders and skiers alike strapping up for a day on the mountain and the second Women’s On Snow camp was kicking off.

Women’s On Snow Camps is multi-day women’s camp designed to help hone your skills and increase confidence on the mountain with other like-minded women. Coached by Stratton’s top women’s instructors and some elite guests, this camp is designed for any level. The third and final camp will be held on March 3-4. 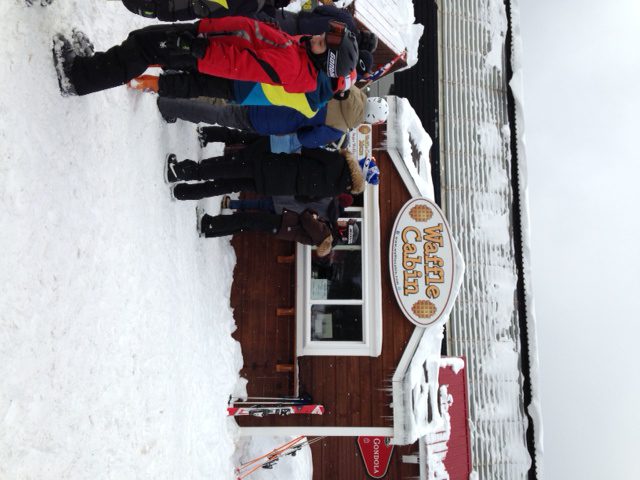 At the Waffle Cabin

With a few runs on the lower half of the mountain, we decided to take a mid-morning break to enjoy a snack from the Waffle Cabin. The Waffle Cabin is a staple at many Vermont Mountains. The Belgium sugar waffles drizzled with chocolate melt in your mouth. The hot chocolate is enough to warm you up to help you continue your day exploring the mountain.

The second half of our day was spent exploring the upper half of the mountain. Riding the lift to the top seemed unreal as if you were literally ascending into the clouds. Once passing the cloud threshold, looking down was magnificent.

Stratton had multiple lodges to warm up in,  even offering a lodge and a restroom at the top of the mountain. 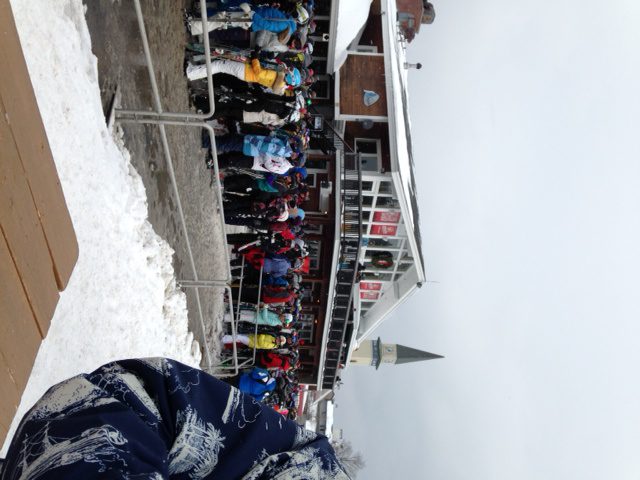 Base area at Stratton

Finally, we took our last break of the day for a late afternoon lunch in Stratton Village at one of the many restaurants. We warmed up and ate some lunch at Mulligans. With an abundance of ski shops to peruse through there is something to keep everyone occupied in your party.

With an hour left before Stratton closed we took this time to go from the base of the mountain and get a few last runs in while heading to our car at Sun Bowl.

After a thrilling day on Stratton, we had our minds set to wake up just as early the next day to get in a half day before heading back to Connecticut. Unfortunately, Mother Nature had her own plans with an over night accumulation of snow. With no other choice then to pack up and head home, we said goodbye to the winter wonderland of Vermont.