Aboard the USS Iowa searching for a charming mutt named Vicky 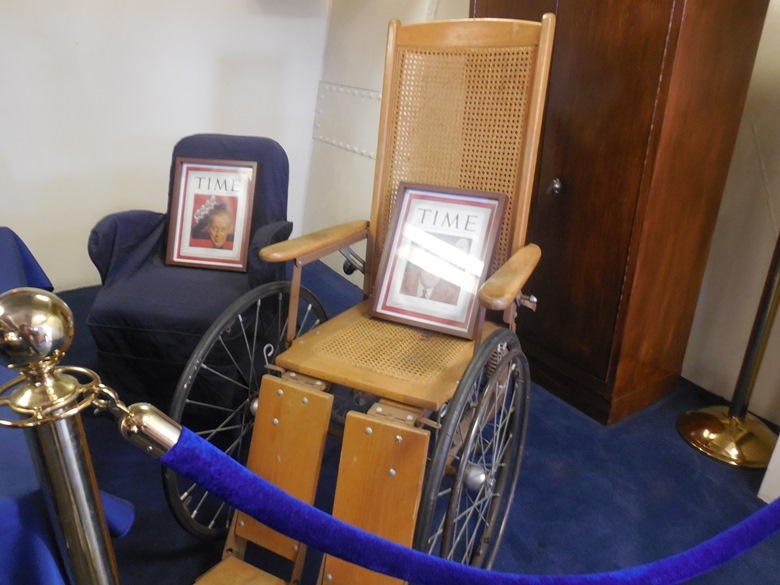 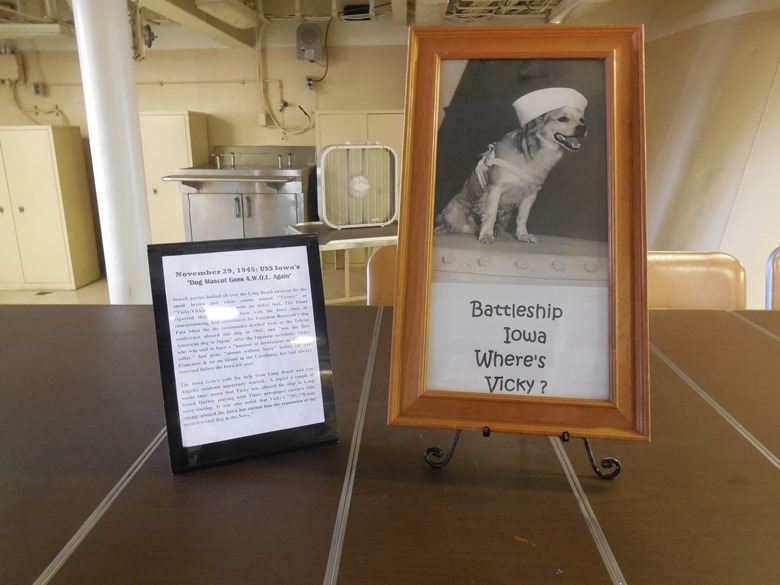 ABOARD THE USS IOWA in SAN PEDRO, CA (Day 4) — This mighty battleship, commissioned in the midst of World War II, ferried President Franklin D. Roosevelt across the Atlantic Ocean and back, fought in the Pacific, served as a missile carrier during the Cold War and is now a museum, docked in Los Angeles Harbor.  But the story of its mascot, a little dog named Vicky, charms visitors of all ages.

Victor was a mutt adopted by Captain John L. McCrea, who took over command of the Iowa when it was commissioned in early 1943 and thought bringing her aboard would help morale.  The dog quickly won the hearts of the 2700 officers and sailors.  He was outfitted with a special sailors suit and even swam in a 50-yard qualifying test with other sailors.

Inside FDR’s temporary quarters on USS Iowa during WWII journey

When President Roosevelt came aboard for a secret voyage to Algeria (then on to the Tehran Conference in 1944), he noticed the dog wandering around and asked McCrea where the dog slept.  McCrea said normally at the foot of his bed in the captain’s stateroom, where Roosevelt would sleep.  The president, who favored his Scottish terrier Fala in the White House, saw no reason to disrupt the dog’s routine and so Vicky slept at the foot of his bed.  (The stateroom, incidentally, was outfitted with a bathtub for FDR to use because of his paralysis caused by polio.)

Today, kids who visit the Iowa are encouraged to find photos of the charming mutt all over the ship in a Where’s Vicky contest.  Prizes for the winners at the end of the tour include — naturally — military dog tags. 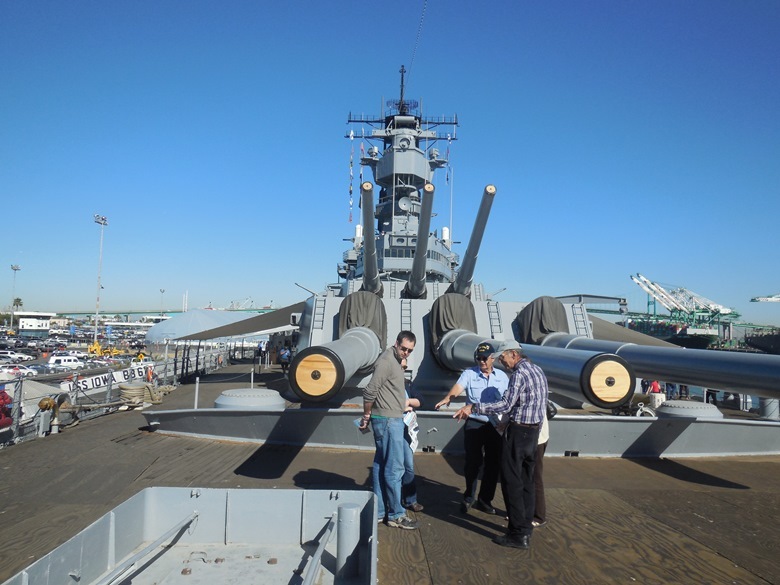 Aboard the USS Iowa in San Pedro, CA

This ship was the first of four “Iowa Class” battleship built to replace the vessels lost or damaged during the attack on Pearl Harbor.  The USS Missouri is now a museum at Pearl Harbor; the USS New Jersey resides in Camden NJ across the Delaware River from Philadelphia and the USS Wisconsin is in Norfolk, VA.  All are open to the public.

The ships are famed for their 16-inch guns that could fire projectiles more than 20 miles.  Later, during the cold war, they were taken out of mothballs to serve as Tomahawk missile launch platforms.  A tragic explosion in a forward gun turret of the Iowa in 1989 resulted in the deaths of 47 crewmen and ended the Iowa’s service — although our helpful guide Craig Post points out that all of the Iowa class ships are still technically in the reserve fleet and are available for duty for a few more years. 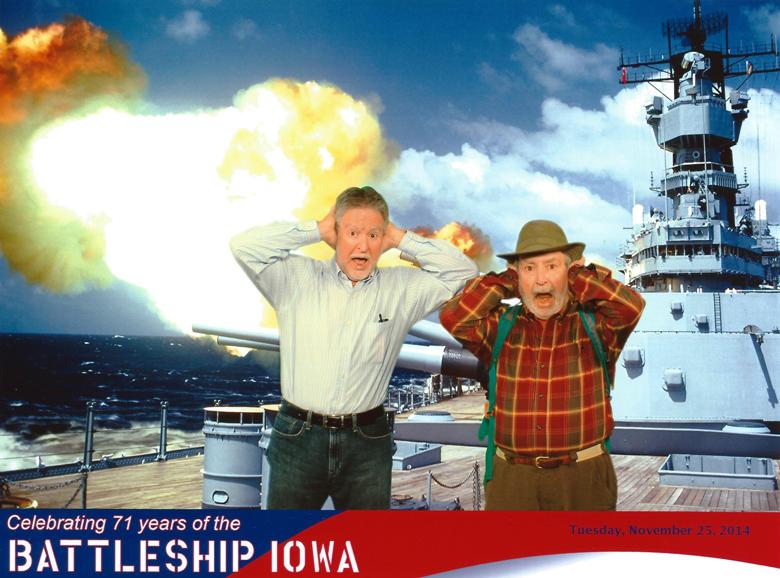 The Iowa also has a great gift shop filled with books and memorabilia that history buffs would relish.  And be sure to have your picture taken with the guns going off as my brother, Mark, and I did during our tour.