Airlines under pressure to seat families together 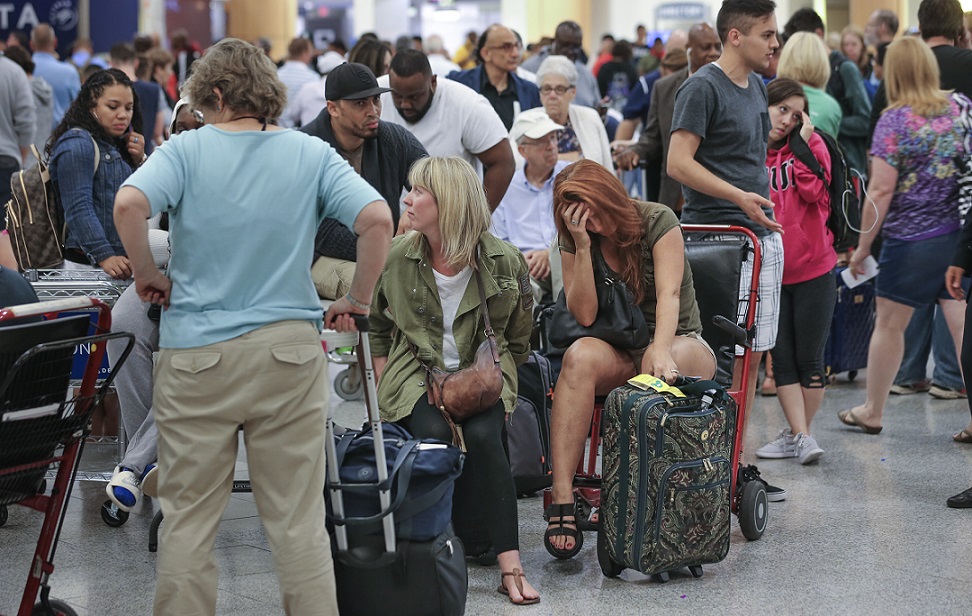 It’s been a long time coming.

Anyone who has flown with young kids in recent years knows it’s not uncommon to find that your preschooler has been assigned a seat half a plane away. All too often, parents are told it is up to them to ask someone to switch seats.

In one case I wrote about, a mom with autistic twins was forced to go to her senator for help. I’ve seen other parents offer to buy drinks for a passenger, if only they’d switch. Congressman Jerrold Nadler (D-NY), a member of the House Transportation and Infrastructure Committee, was hearing numerous complaints from his constituents. Even one of his congressional staffers reported the same experience.

In 2012, Nadler introduced the Families Flying Together Act, requiring the U.S. Department of Transportation to direct airline carriers to ensure children are not separated from their families and seated alone. It didn’t go very far and the problem continued to escalate, especially as airlines required an up-charge on a growing number of seats. Even if parents were proactive and booked seats as soon as they made reservations, that didn’t always guarantee they’d be seated together if the aircraft was switched. Too often, they’d arrive at the gate to find they were facing the problem they thought they’d avoided. This problem was likely exacerbated when Delta canceled more than 1,000 flights earlier this month and struggled to reroute passengers on already packed flights.

I think families who don’t fly more than once or twice a year are the most blindsided.

Now, finally, thanks to the efforts of Congressman Nadler and Rodney Davis (R-IL), a provision to alleviate this problem has been included in the latest Federal Aviation Administration Extension, Safety, and Security Act, signed by President Obama July 15, 2016.

“As commercial airlines change policies and increase fees for a variety of basic services, it is becoming more difficult for families to sit together,” said Congressman Nadler. “Parents who are seated apart from their young children must rely on the good will of other passengers to willingly change seats, sometimes asking a passenger to vacate a seat for which they paid a premium in order to accommodate the separated family. That is not safe, nor is it fair to the families, other passengers or the crew.”

“All we’re asking is for airlines to do a better job of accommodating parents ahead of time so we can make flying a better experience for families and other passengers aboard,” said Congressman Davis. “This provision is important to update an industry that continues to see growth in family travel.”

But if you thought that meant you don’t have to worry on your next flight with your kids, think again. We’re talking about federal bureaucracy and the airline industry, after all. The secretary of transportation has a year to review and, if appropriate, establish policy directing air carriers to seat children 13 or under adjacent to an older family member at no additional cost, except, of course if the adjacent seat would require an upgrade or upcharge. What can you do in the meantime?

If this happens to you, contact your congressman and let Congressmen Davis and Nadler know. The secretary of transportation — whoever that may be after November — needs to see this as a widespread problem.

American Airlines spokesman Matt Miller suggests that families book their flights on the same reservation. “If you haven’t preselected seats (sometimes this isn’t possible) we have an automated system that will attempt to seat families together beginning 72 hours prior to takeoff.” Miller adds that while American is reviewing its policies, their airport team will try to seat a family together.

Unfortunately, that’s not always the case. “It is our policy not to remove a customer from their seat to put people together,” said a JetBlue spokesman, adding if a family has an issue, they should alert a gate agent or flight attendant who can help them identify someone willing to switch.

Southwest, which famously champions open boarding where people are assigned to the A, B or C group based on when they check in, allows families traveling with children six or under to board after the A group when there are more seats together. If families can’t find seats together, a spokesman said, Southwest will make an announcement asking for volunteers to switch seats — something I have not seen on any other carrier.

If budget isn’t a big consideration, pay for preferred seats to guarantee you will be together. Consider paying for your baby’s seat, as well. Even though children under two can fly free in your lap, the FAA and the National Transportation Safety Board urges the use of safety seats for young children. They are far safer in turbulent skies. As one flight attendant put it, even coffee carts are strapped down during takeoff and landing. Why aren’t babies? “Your arms aren’t capable of holding your child securely, especially during unexpected turbulence,” the FAA says.

Whether or not you are purchasing a seat for your baby or toddler, always book as early as you can and book your seats at the same time to have the most choice, the JetBlue spokesman added.

If you can, fly nonstop and if you must connect, fly early in the day. There are increasing snafus as the day wears on. And don’t forget the offer of picking up a drink for the passenger who moves — I’ve seen that work. Another mom says she always stashes a nice snack in her carry-on to present as a “thank you.”

And let’s face it, no one wants to sit next to an unaccompanied young child. “That’s not good for anyone,” one airline official acknowledged. So take a deep breath and keep your cool. Getting angry won’t help, believe me.