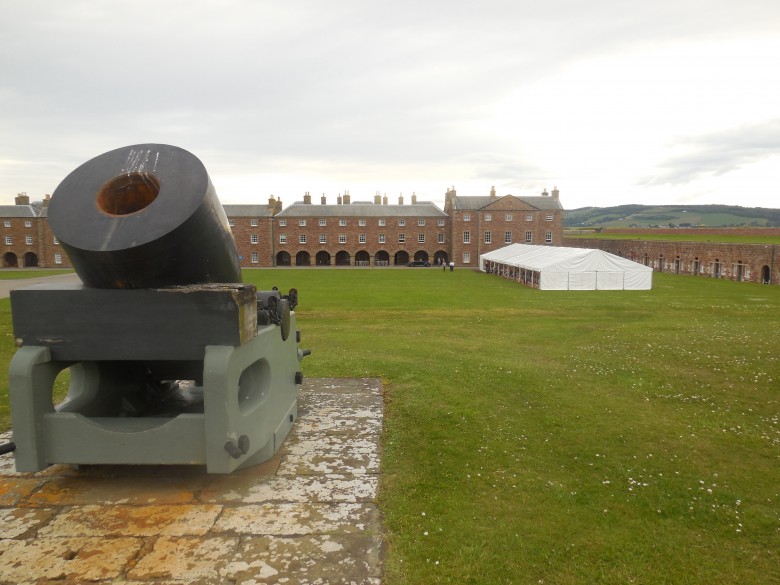 INVERNESS, Scotland — Who knew? Who knew a youth band could be such excellent bag pipers and drummers.

Of course, we are in Scotland—in the Highlands actually. We our ship docked in Invergordon, for port for Inverness, which is considered the entry point to the Highlands—and the home of “Nessie” the Loch Ness monster (no, we didn’t see her!). And as is the case on all Windstar Cruises, we are treated to a private event just for our 204 passengers aboard the Windstar Star Legend.

Tour buses took us to Fort George, where the Inverness Youth Band with 30-plus members –drummers as young as nine and led by adults are “Beating Retreat,” performing a traditional military ceremony 16th Century England. The music was used to recall patrolling units to their castle.

Fort George is home to a museum of the famous Highland regiments—it was built from 1748-1757after the epic Battle of Culloden—the last battle of the Jacobite Uprising, a civil war that left more than 1,200 dead in an hour. The Jacobite army was crushed by government forces. You can also visit the battlefield and visitor center.

There is also a lot more to see in this area including Cawdor Castle, famous for its gardens and the fact that it is still lived in! Kids love the nature trails in the Big Wood and outdoor theater performances. The café serves local dishes and in fact is promoting local Scottish Food in a “Living Food” weekend this September celebrating food from local suppliers and local artisans.

Besides being beautiful, the Highlands offer so much history. During most of 19th Century, Fort George was home to the Seaforth Highlanders and the Queen’s Own Highlanders. The small museum has everything from medals to uniforms, bugles and drums, swords and guns from the time the soldiers wore the traditional kilts to today.

Today’s Highlander soldier is still a volunteer, serving abroad and seeking adventure, said Major General Peter Peterkin, who is chairman of the museum who said visitors should be “amazingly grateful” for the preceding generations of soldiers. “Everyone takes something different away from here,“ he said.

And that is true of the boys and girls who preformed for us, wearing their kilts, marching in formation as we were served champagne and canapés fashioned from Scotch smoked salmon.

Was it worth an hour’s drive? “Absolutely!” said Charlie Anderson. “I would have driven a lot farther to see them!