At sea with Windstar – connecting families and generations 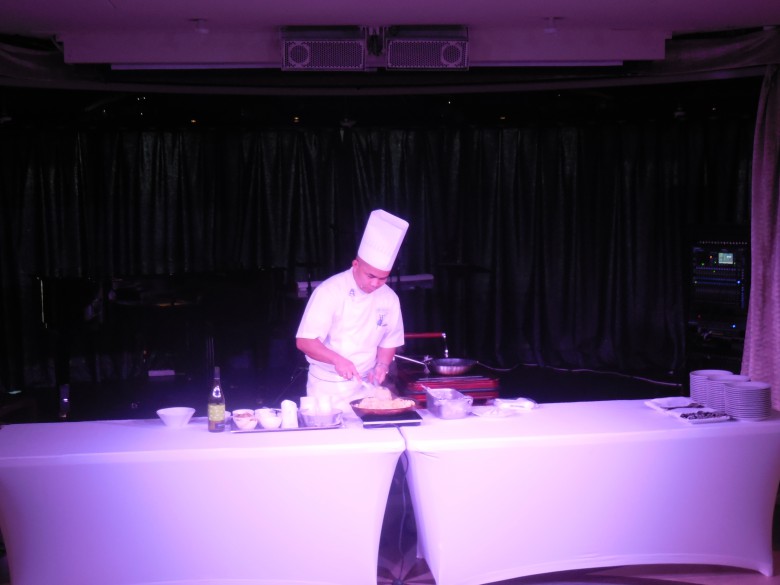 AT SEA ON THE WINDSTAR STAR LEGEND — The passengers on the Windstar Star Legend range from 11 year old Cassie Albert, traveling with her parents and older brother and sister, to 91-year-old Beverly Unger, who has brought her grandson Wyatt,18, on a high school graduation trip. She lives in Canada and he lives in Portland, OR.

We are on an 8-day “Gaelic Explorer” itinerary cruise that began in Dublin, Ireland, and ends in Edinburgh, Scotland, with several stops along the way.

There is another family of 10 from the Midwest, including grown grandchildren in their late 20s and their “very generous” grandparents in their 70s, said Amanda Weise, one of the grandchildren, noting that her grandparents finance a cruise every two years. “We do our own thing during the day and have dinner together every night,” she said. “We like the smaller ships.”

Of the 204 passengers, there are 117 who have sailed Windstar, some as many as 11 times. While you may think of this as a cruise line for adults, I’ve been thinking of this as a way for grown and mostly grown kids to connect with parents and grandparents, sharing new experiences.

Christine Jones, a health policy analyst from Washington DC in her early 30s, for example, is traveling with her parents, Janet and Martin Jones from Freeport, ME. She cruised with them on Windstar in her early 20s but said she hasn’t had a real vacation with them in years. “We’re delighted to have her to ourselves for nearly three weeks,” Janet Jones said, adding that a plus for Windstar is that there are people of all ages.

Beverly Unger, who lives in Victoria, British Columbia, said originally she was organizing a solo trip for her and her grandson in Scotland. “Much easier,” she said, noting that when she’s tired, Wyatt will wander the port town where the ship is docked on his own.

Passengers had mixed reviews about the shore excursions which are expensive, though not as large as on big cruise ships. Some like the convenience and the local guides while others prefer to head out on their own, as some did renting a car to explore the Isle of Skye. Another couple I met was heading out this morning in search of a golf course – of which there are many in Scotland.

Christine Jones, for her part, doesn’t mind there aren’t more people her age. “This is our time to spend together as a family,” she said adding she was delighted to join them because she hasn’t been back to Scotland since she studied here I college.

And there are couples like Julia Rodriguez and Charles Forcey, from New Hampshire, celebrating their 20th anniversary by leaving their three kids at home. “It wouldn’t be nearly as much fun if my kids were here,” said Rodriguez, a college professor who is relishing that rare time as a busy working mom to do what she likes when she likes—and to have someone to cook and clean for her. “I just wanted to relax,” she explained. “And it has been really good, not having to pack or unpack.”

Eleven year-old Cassie Albert, for her part, was especially impressed with the four-horned sheep she saw on the Isle of Mann and the bountiful buffets where she can serve herself at breakfast and lunch. “I like getting the food but I don’t really like eating it, “she said. Nothing against the food, adds her mom Jeannette—she doesn’t eat much at home either.

The best part, said Jeannette Albert, her three kids “are getting along… “I took a picture of them playing a game together for proof!”

“The best part is the time with my grandparents,” said Charlie Anderson., here with his grandparents as a high school graduation gift. “It’s been amazing.”

He and his grandfather Doug researched their Scottish roots, buying ties with the Anderson tartan and the family relished exploring the small towns—Kirkwall, Portrush , Invergordon on their own. “It’s just great to be together,” Karen Clarkson said. “And see it all through Charlie’s eyes.”