At the Crested Butte Chili and Beer Festival, It’s Not About Winning or Losing 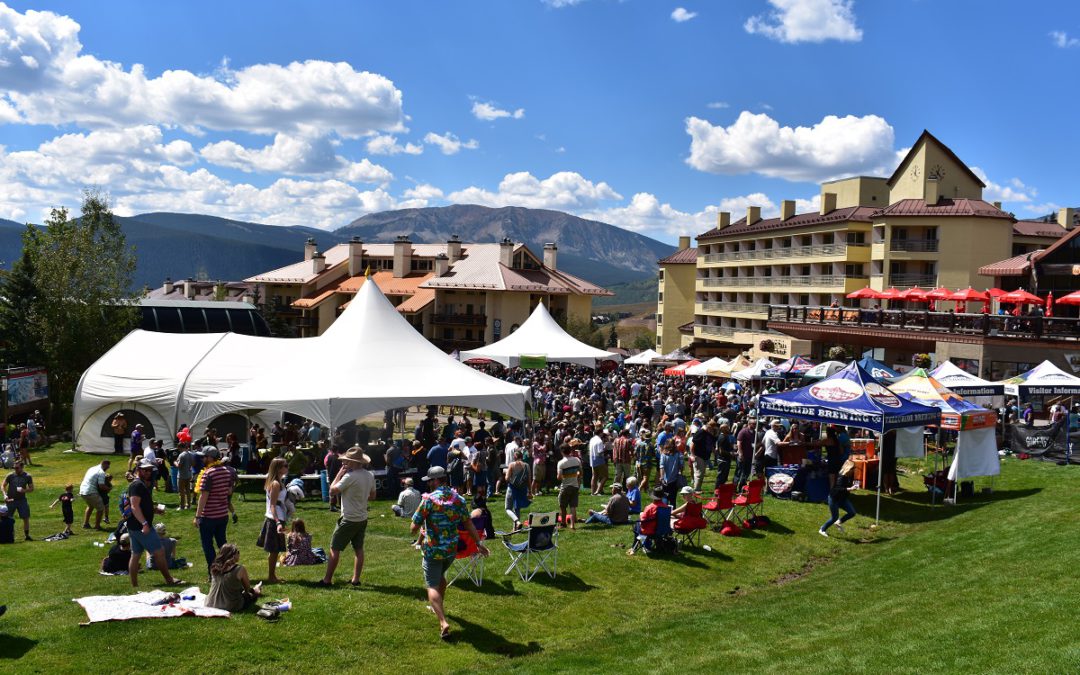 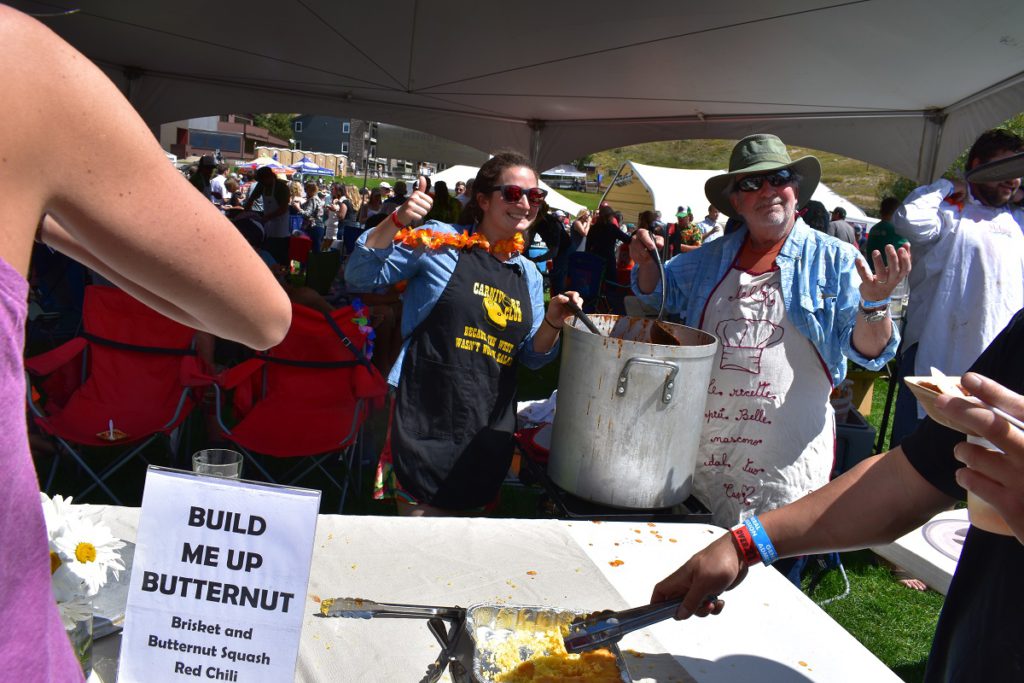 CRESTED BUTTE, CO — “It’s not about winning or losing,” my daughter Mel insists.

We are driving the few miles up to Mt. Crested Butte from the small, historic mining town, my husband holding the lid on the 10-gallon pot of “Build Me Up Butternut,” Mel and her dad’s entrée in this year’s Crested Butte Chile and Beer Fest.

Her boyfriend, Hank Lockhead, has done a lot of the heavy lifting—the pot, the propane stove to keep the chili hot, the sides –cheese, sour cream, cilantro, extra jalapenos. 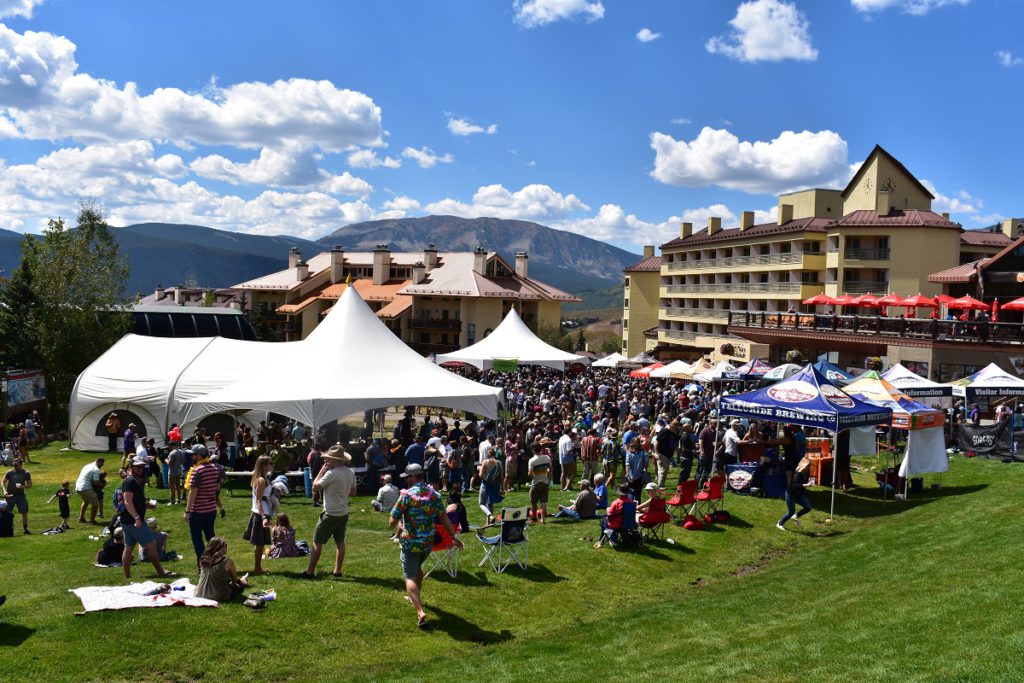 Mel has won twice before—this is the first time she and her dad have made this a father-daughter affair. My husband, Andy Yemma, is from Texas, after all, and has been known in the extended family for his chili. Mel, an excellent cook, chose the recipe and Andy hunted down the ingredients in Denver (where we recently moved from Connecticut), including dried ancho chilis  that took three stores to find, two huge briskets which he trimmed himself, and more; The butternut squash came from Mel’s farm share.

This event ushers in fall festival season here—it seems there are festivals every weekend in Colorado mountain towns–and is Crested Butte’s most popular one-day festival, selling out and  drawing 1600 people.

“We drove our Harley from Durango, more than four hours,” said  Shawna Frost, here celebrating her husband Quinton’s birthday.  They especially liked the combination of the chili competition and the beer – 26 different chilis and two dozen breweries. The attendees vote on the best brews; the judges choose the chili.

“It’s a fun day,” said Hasley Rolph, who was born raised and lives in Crested Butte and was competing for the first time in the red chili category.  “All the local input makes it the most fun. You know everyone who comes.” 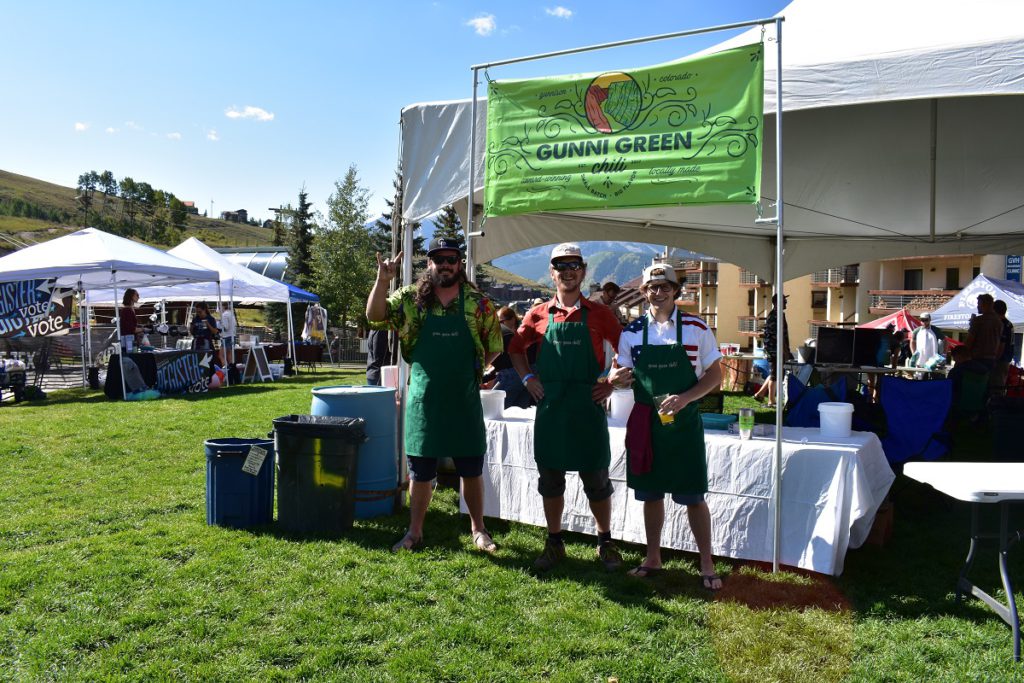 “It’s about people coming together who like to cook chili,” said  Adam Scheller, one of the trio from Gunnison whose popular “Gunni Green” would win for the third year  in the green chili category. The three, now in their late twenties, have been cooking chili together since college, have been coming since they were old enough to drink beer and make it a point to make it to the festival in time to see the sun come up over the mountain.

There are professional chefs from local restaurants, including a private chef  from Dallas competing for the first time at the urging of a friend who spends part of the year here.  Others have been competing a decade—the festival is celebrating its 20th anniversary this year.

Crissy Abila runs a dog grooming business hence her Dawg Gone good chili made with locally grown beef and vegetables out of her own garden. “I don’t care if I win,” she said, ladling out small portions to the steady lines of “customers” who walk around with a sustainable plate and a cup for beer they get at the entrance. 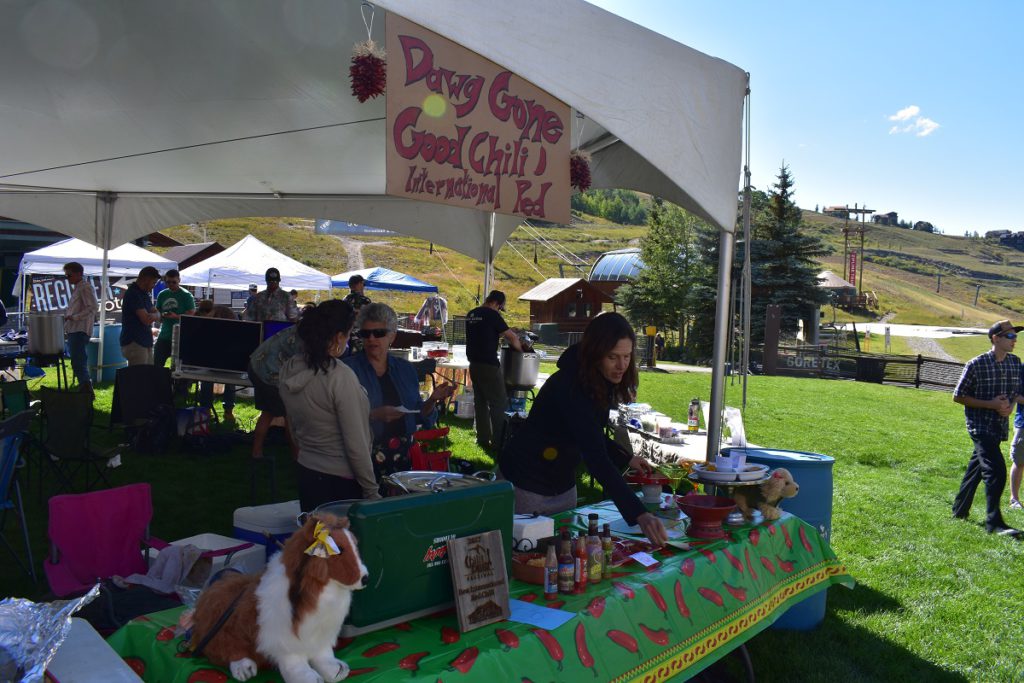 There are lines for the chili – and the beer.

“You get to see everyone you have been too busy to see all summer,” said Amber St. Vincent, who works locally in Human Resources.

There are families with kids in cowboy boots dancing to the blue grass music as their parents sit on the grass listening; grown kids visiting parents who have retired here  and all the local twenty and thirty somethings.  Mountain bikers stop by with their helmets in their arms.

As for my husband and daughter, it proved a fun shared experience—choosing the recipe, shopping for ingredients, and then two evenings cooking in our VRBO rental in Crested Butte after Mel got off work. She was grateful for the first-rate appliances and dishwasher, as well as the help of our old friends from Texas who joined us for the weekend. The two moms made the cornbread—and cleaned up the kitchen each night.

“I’ve had such a fun weekend,” Mel said. “I’m so glad you came,” giving us a hug as we waited for the announcement of the winners.

She and her dad lost—to a professional chef.  It doesn’t matter, they said, already talking about next year.