At the Gilded Age mansions in Newport RI 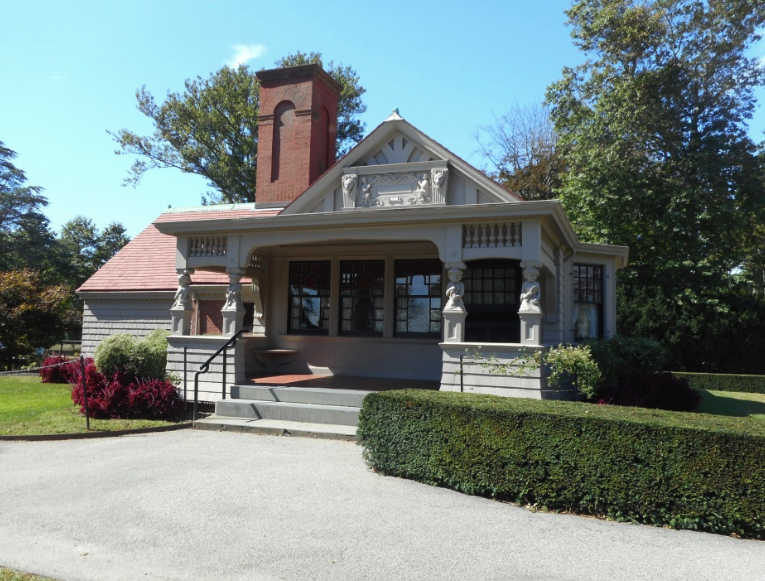 I’ve dialed into the family audio tour at The Breakers in Newport, RI – the Vanderbilt summer “cottage” that at 70 rooms and with a staff of 40 was the largest and most lavish in this seaside playground of the mega rich during the Gilded Age.

This is our last day aboard the Norwegian Gem—we return to New York City tomorrow and Newport, famous for its sailing and coastal location as well as these spectacular mansions, is a good way to end the trip which took us from New York—sailing by the Statue of Liberty—to Nova Scotia and New Brunswick and a stop at Bar Harbor, Me for a visit to Acadia National Park.

From the Revolutionary War to World War II, American soldiers were stationed at forts within Newport County. There are galleries, plenty of restaurants and places for ice cream and fudge, the Save the Bay Seal Watch to visit the seals on Narragansett Bay, and plenty of beaches including Easton’s Beach with a carousel that’s been a fixture here since 1958, skate park, beach volleyball courts and more. If you are here in summer or early fall, take in a baseball game—Cardines Field is home to the Newport Gulls of the New England Collegiate Baseball League. Rent a sailboat, take a lesson or go out on a sailing tour.

At The Breakers, the children’s tour is told from the perspective of the house, proud to have survived for 115 years. “What would your house say about you?” the “house” asks.

The house reports that the seven Vanderbilt children rode their tricycles around the enormous front hall and flew down the grand stairs on serving trays.

But their lives were very regimented with as many as a half dozen changes of clothes each day, tennis and golf lessons and, though they had their own maids, they were required to keep their rooms tidy.

As for rules—no kids in the dining room until they were 16 — even when a two foot high ice cream cake was being served they had to take naps after lunch whether they were tired or not. No girls in the billiards room, no boys in the morning room and no family members in the kitchen—except for the one time a younger sister locked her older sisters’ friends into the room where they were having a party and the only way out was through the kitchen.

There’s plenty for a good scavenger hunt—the fountain under the stairs (a good place to cool off on a hot day before air conditioning) all of the dolphins and acorns – which the Vanderbilts took as their symbol in everything from mosaic floors to crests, the cherubs playing with a steam train because the Vanderbilt millions came from trains, of course and dragons in the dining room.

The Breakers sits on a spectacular piece of beach front property known as The Breakers because it is where the waves break—that’s why we see surfers out the morning we visit. The summer estate includes the two and one-half story high great hall, a morning room adorned with platinum leaf walls, and “secret” passageways so that servants could be all but invisible.

This mansion is one of several from the Gilded Age in this area that are maintained by the Preservation Society of Newport. Five mansions offer audio tours that give the perspective of those who lived and worked here — servants as well as family.   One young Breakers “maid” recalls how much fun the staff had gossiping in the kitchen and heading to the servants’ beach, another who lived with her mom, a cook, recalled how hot and uncomfortable their quarters were at the top of the house.

Check out the Vanderbilt children’s playhouse—a model of the Breakers itself.

At the Elms, the summer home of coal magnate Edward Berwind and his wife Herminie, you can take a Servant Life Tour. The Hunter House, built in 1748, was headquarters during the Revolutionary War of the French Navy. Marble House was created by Alva Vanderbilt and Richard Morris Hunt and was inspired by the petit Trianon of at Versailles. Check out the Green Animals Topiary Garden at the Brayton Family Home—dozens of animals.

Between mid November and January, there are special holiday tours and visits with Santa. The Newport Nutcracker is performed at Rosecliff.

Anytime you are here, take a walk on the famous Cliff Walk along the ocean with the spectacular mansions as the backdrop—and think of all the rules.