“At Wit’s End” with Erma Bombeck in Denver 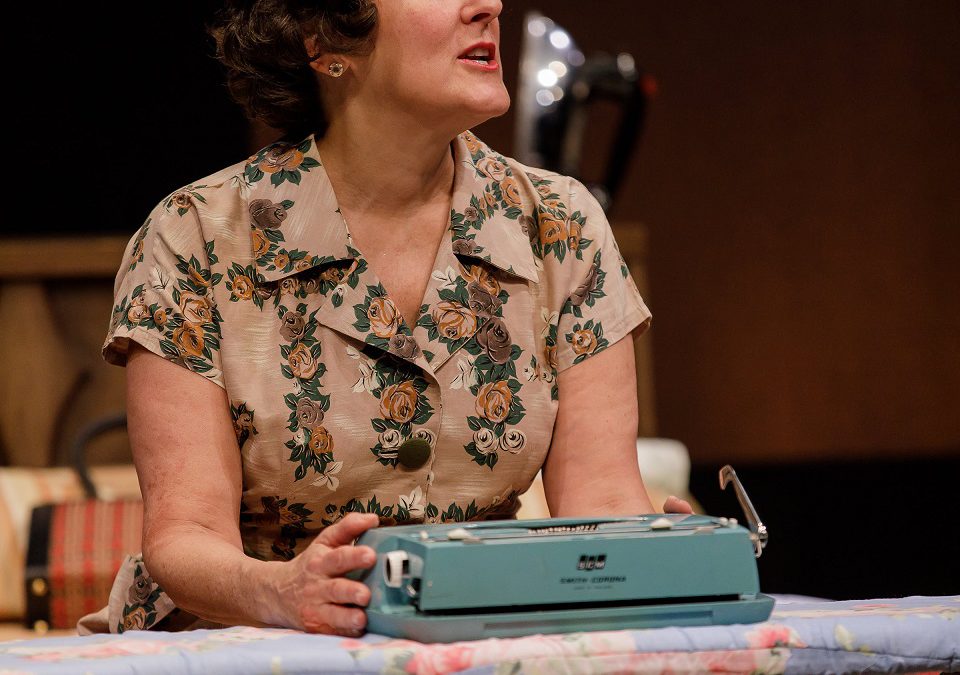 “I love you enough to say no!”

I wish I’d thought of that line when my kids were begging for something.

That line and countless others are courtesy of Erma Bombeck, the beloved columnist and activist who  wrote more than 4500 syndicated newspaper columns about her life as a housewife and mother, giving voice to suburban women. She made women laugh with her columns, best selling books and TV appearances.  Not incidentally, she worked hard for the Equal Rights Amendment.

“Erma is so relevant today,” says Margaret Engel, with her twin sister Allison the authors of the one-woman play Erma Bombeck: At Wit’s End that is now at the Denver Center for the Performing Arts Cabaret until Sept.22

And yes, her first office was her bedroom—as is still the case for many women juggling child rearing and careers. She sold her first columns for $3 each to the Dayton (OH) Journal-Herald and in 1965 agreed to write two weekly columns for $50 each. Within weeks, her “At Wit’s End” column was syndicated and by the 1970s, her columns were read by 30 million readers in 900 newspapers in the U.S. and Canada. She died in 1996.

Whether talking about diets, child rearing, grocery shopping, Halloween… she would say what moms were thinking but didn’t say.

“Erma appreciated the relentless work, creativity and wisdom it took to be a stay-at-home mom,” Engel said. “She valued it and illuminated the activities that went on behind all those suburban doors. She recognized women for the work they do that others take for granted. That equation hasn’t changed much, which is why Erma remains beloved.”

The Engel sisters and I knew each other when we were young reporters in Des Moines, IA, in the late 1970s. I had no idea they were the authors until I went to see the Denver production. The Engels had grown up in Ohio and their mom was a big Erma Bombeck fan, Margaret Engel said, explaining they too were fans when they were approached about writing a play about Bombeck after the success of their play about

At Wit’s End had its premier at the Arena Stage in Washington DC in 2015 and has had 39 productions thus far.

In Denver, Pam Sherman does a masterful job playing Bombeck — one zinger after another — and making her relevant  to a 21st Century audience decades after Bombeck became so popular with suburban women, many of whom felt belittled by  leaders of the Women’s Liberation Movement. She noted that  Betty Friedan saw them all as “frustrated housewives.” Bombeck was able to reach women with humor and to give them a voice nationally. She also worked tirelessly on behalf of the Equal Rights Amendment that, sadly, fell short of ratification by three states.

Sherman, besides being a successful actor, coaches leaders in leadership communications, is a sought-after speaker and has her own syndicated column, The Suburban Outlaw. On stage alone for some 75 minutes, she  multi=tasks as only a mom can—ironing, typing, talking to her children off stage. “You can’t hate school! It’s the first day!”  All the while, she keeps the conversation going with the audience about her life in suburbia, her column and the Equal Rights Amendment.

“If life is a bowl of cherries, what am I doing in the pits,”  Sherman, as Bombeck, wonders.