Attention moms — take a lesson from a skiing First Lady 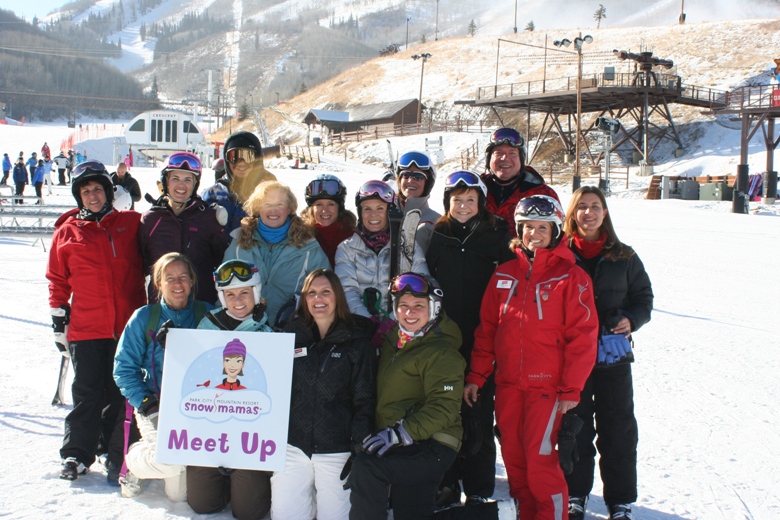 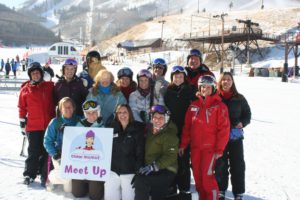 The SnowMamas meet up in Park City Utah

Let’s hear it for Michelle Obama.

She really means it when she’s telling us all to Move –to get outdoors and to eat healthier.

She and her daughters just spent the Presidents Weekend at Aspen on the slopes where we are this week, with four great mountains to ski or snowboard on.

I believe Mrs. Obama only started skiing a year or so ago, presumably because her girls wanted to learn.

Certainly she didn’t have to. She could have arranged to take her girls to the slopes and not gotten on skis. It had to have been scary her first time out.  But she was game to try. It makes all the difference if you have a good instructor—I know some of the instructors she’s skied with and she couldn’t have done better. What a role model she is for other moms of snow sports loving kids. What a role model she is for her daughters.

These days, by the time many women are Michelle Obama’s age, they’ve quit snow sports, if they had ever tried them. The National Ski Areas Association reports that although there are as many women who are beginners as men, the numbers who become expert are far fewer.

Not that there’s anything wrong with any of those things.  It is just a shame that they’re not outdoors taking in the spectacular mountain vistas, breathing the fresh air and most important, sharing the experience with those they love most. That’s why I applaud Michelle Obama.

It’s gratifying to see resorts working to keep girls and their moms on the slopes.  Vail Mountain, the country’s largest ski resort, has initiated Ski Girls Rock, a new program inspired and designed by Olympic gold medalist and World Alpine Ski Champion Lindsey Vonn. Exclusively for girls age 5 to 15, the program runs during selective weeks this ski season. The small classes ($279 a day, including lifts and lunch) led by female coaches will focus not only on skills but on empowering girls through sport.

At Park City Mountain Resort, meanwhile, where Snowmamas.com started and where no class has more than five students, there’s a new two-hour Ladies Club that’s just an hour shorter than a regular group lesson but half the price ($55 to $60, depending on season). And it’s designed to be about more than skiing. There are a lot of multi-day women’s ski and snowboarding clinics out there, but nothing like this.

“This is giving women a couple of hours for themselves,” explains Mary Flinn Ware, the director of the Park City Mountain Resort children’s ski school who piloted this program last spring. Taught by women coaches, the program is designed to show women, whatever their ability, places on the mountain they didn’t know existed and where they can feel comfortable. They can also get the 411 from the coaches on everything from kid-friendly restaurants to where to book a massage. “We want more women to be on the mountain having a good time whatever their level,” said Flinn Ware. “We want to take care of them after they’ve taken care of everyone else.”

Sounds good to me! I’m hoping to try a session in March

I’ve met too many moms who don’t want to spend the money or the time on themselves—they are so busy worrying about everyone else. And that’s a shame.  Moms need to make time for themselves doing something physical.  It’s empowering. It’s exciting.

I just hope Michelle Obama doesn’t plan to spend too much quality time on the slopes with her daughters (though the ride up on the lift can be a terrific opportunity for mother-daughter conversations, I’ve discovered.) That’s because I bet Sasha and Malia Obama are out-skiing their mom by now. They’re probably skiing or riding faster and hitting every bump they can find, if they are like every other snow sports-loving kid I know.

My kids have been out-skiing me for years—two of them competed in high school.

I don’t even try to keep up with them on the slopes anymore. I don’t enjoy “earning my turns” hiking to terrain so steep and pristine it’s not accessible to lifts or racing down double black diamonds.

That’s OK. They deign to ski a couple of runs with me and that’s all I ask (along with one picture at the top on a blue sky day.)

“Nice Job, Mom!” they inevitably say when we make it to the bottom.

And at that moment, I feel pretty proud of myself—as I’m sure Michelle Obama does.