Back to our honeymoon spot, three grown kids later 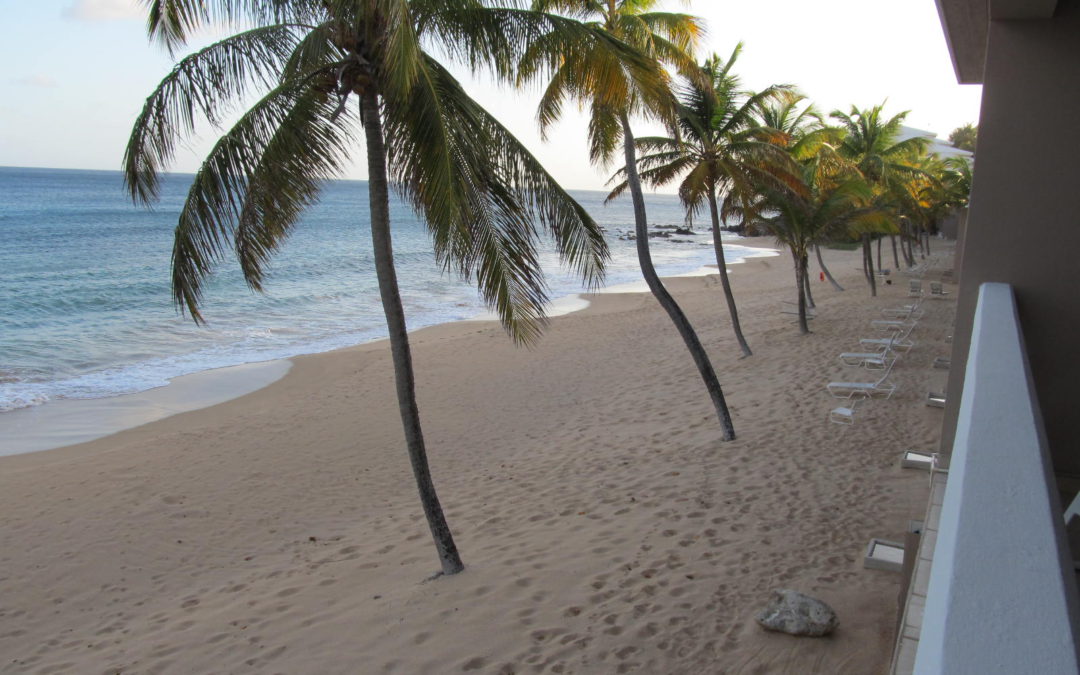 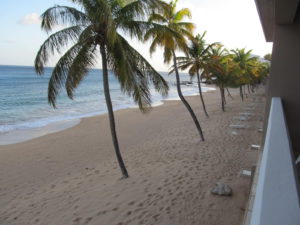 We sat on the windswept beach outside our room in the twilight talking about the kids we would have.

We shared a bottle of champagne we’d brought from our wedding.  This was our honeymoon, after all and Curtain Bluff didn’t disappoint.

My husband had chosen the resort out of a book—this was 1982 after all—he was intrigued because the owner , the late Howard Hulford, selected the location –a peninsula surrounded by a reef and two beaches–decided to build a resort on this land after flying over it in a plane.  He liked that there was a calm beach on one side and another rougher one on the other.  This place opened in 1962.  Every room has a spectacular ocean view; the resort boasts the Caribbean’s largest wine cellar.

Thirty years later, our room overlooks that same windswept beach.  As I think about the three kids we did have—and the adventures we shared with them—I’m struck by how this 72-room all-inclusive resort is emblematic of how family travel has changed in the past three decades.

We arrive at the tail end of a spring break week and the place is teeming with kids playing beach volleyball, splashing in the pool, racing each other in the calm ocean.  Many are here with grandparents as well as cousins.  There’s a playground and an informal kids club and babysitters available for the littlest travelers so parents can get a break.  There’s a pool and the place is small enough that kids can race around safely, the long time staff knowing their names by the time they’ve been here a day. 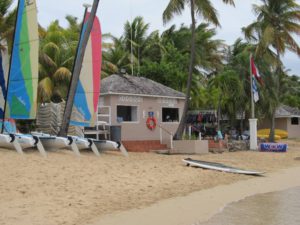 Watersports center on the calm beach at Curtain Bluff Antigua

“What’s tea time?” one 11 year old asks, thinking it was yet another activity.  It turns out it is 5 p.m. tea—a bow to Antigua’s British history.  It has been independent since just before we honeymooned here, 31 years ago.

People still come here to honeymoon but many to get married.  The couple on line in front of us at customs were getting married on the island; there was a wedding here earlier in the week with family gathering from both coasts and in between.

And increasingly, kids are part of the equation.

When we were here 30 years ago, no kids were even allowed much of the year.

I like to think we baby boomers changed that.  We were adventurers and we were working parents and we wanted to share adventures with our kids.

This was the nicest place either of us had ever stayed—Curtain Bluff was upscale then as it is now.  I especially remember delicious lobster salad.  And since it was all-inclusive, we could have as much as we wanted –drinks too.

But this isn’t a typical all-inclusive with pool games and huge buffets and karaoke night.  It’s calmer and somehow sweeter than that.  It’s not the most chic or the most fancy, though certainly five star with rooms in season over $1100 a night ($760 from mid may till the end of July). 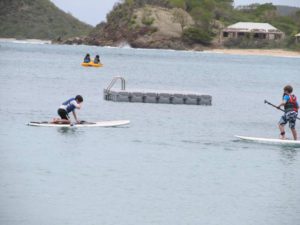 But everything is included—diving and snorkeling, drinks, gourmet meals, tennis and even deep sea fishing and paddle boarding.   Anyone who has taken their kids to a beach resort knows how much all those can add up, not to mention drinks and burgers and snacks.  Other comparable Caribbean hotels charge nearly as much just for a room in season. No wonder the big all-inclusives are so popular.

We’ve been back several times over the years—once we stopped with the kids while we were on sailing trip for a week. They were young and weren’t terribly impressed.  The resort was stuffier then—my son didn’t understand why he had to borrow a blazer for dinner.

Those rules have gone by the wayside.  And now there’s a spa and yoga and a second restaurant next to the beach.

Sometimes it’s dangerous to return to someplace where you have such special memories.  Not here.  It’s as wonderful as I remember—and a chance to reflect on how far we’ve all come.