Bonefishing an exotic sport? Not in the Bahamas baby! 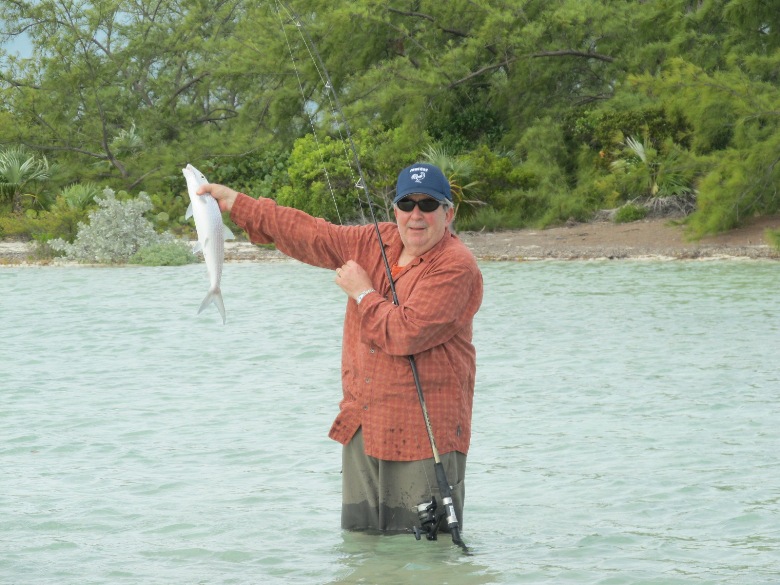 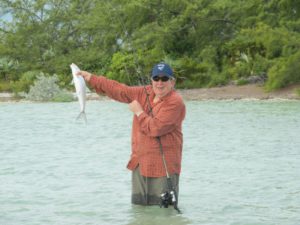 Bonefishing in the Bahamas

We’re ensconced at Fowl Cay resort, a great family vacation destination just a short (30-minute) small plane hop from Nassau.  On the morning of Day 3 of our all-too-brief sojourn, Clifton Smith from nearby Staniel Cay (where the small planes are based) takes us for a morning of bonefishing.

I’ve always thought of bonefishing as an exotic sort of fishing.  I’ve done a lot of different kinds of fishing in my years, from perch and bass as a kid in Texas, to trout in the Rockies, striped bass off Cape Cod and salmon in Alaska, to name a few.  Somehow bonefishing always seemed “out there” to me.

Just by its name it seems challenging.  The fish are barely edible, so it’s generally catch and release.

There’s a reason they’re called bonefish.  Clifton tells us there are a few aficionados who savor them slowly (probably like my wife Eileen who is the only one in our family who actually likes to deal with the small part of the lobster exoskeleton).

Clinton takes Eileen and me a short ride over to Sampson’s Cay, where the water is very shallow even though it’s near high tide.  We troll around the cay looking for signs of the fish, which swim in schools but are so opaque that they are nearly impossible to spot the crystal clear water and white sand bottom. But an experienced guide like Clifton can practically sniff them out.  “There’s a school,” he said pointing to a spot of water that looks to me, well, just like a spot of water.

We creep up on them.  Clifton casts in a line with a gob of hermit crab for bait.  There’s a small tug, them a bigger one and then “Wham,” a bonefish takes the bait and runs.  And I mean runs.  The drag on the spincast reel screeches as the fish tries to get off the line.  Clifton hands me the rod and says “hang on.”  I’ve had a lot of fish on the line in my day and this one fights better than most, if not all.

But alas he seems to have been the only one in that spot that’s interested (or visible for that matter).  Clifton sets search again.   He spots another school.  This time we anchor the boat and jump out into thigh-deep water, wade over near where he thinks our prey are feeding and cast our bait.  Tug-WHAM!  Bonefishing baby!  More of them than we can count.  We think we probably reeled in about 20 in the span of about 45 minutes.

We paused to radio over the Fowl Cay to make sure son Matt and his girlfriend, Emmie, who were spending this mini-vacation with us, can come out and join in the fun.   They do show up about half an hour later, and, wouldn’t you know it, the fishing frenzy abates as soon as they arrive.

So we enjoy a great picnic lunch and wade around the cay, where we see some baby stingrays slither by our bare feet.

We head back to Fowl Cay after a great morning with a lot of photos and great memories of experiencing what I once thought of as an exotic sport.