Breckenridge CO: Plenty for families on and off the slopes 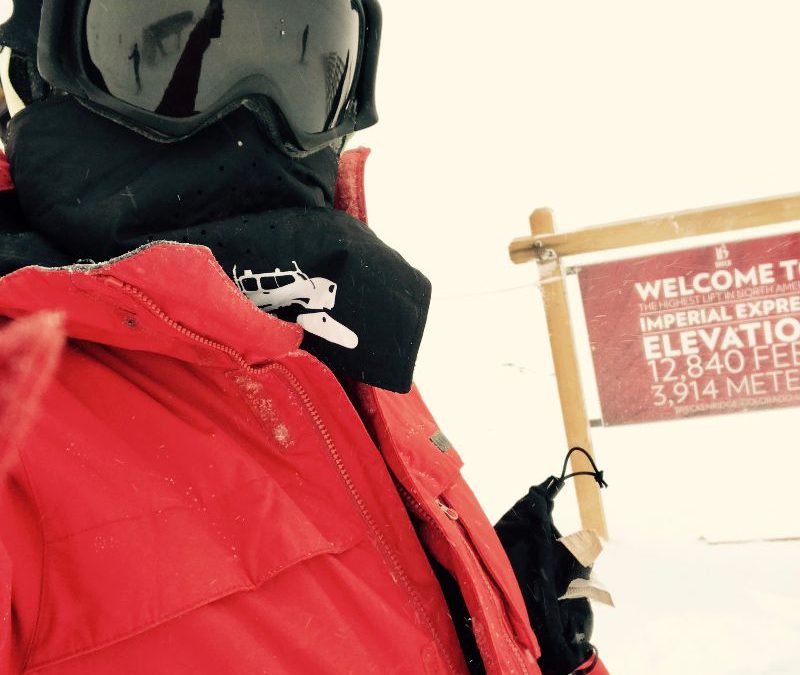 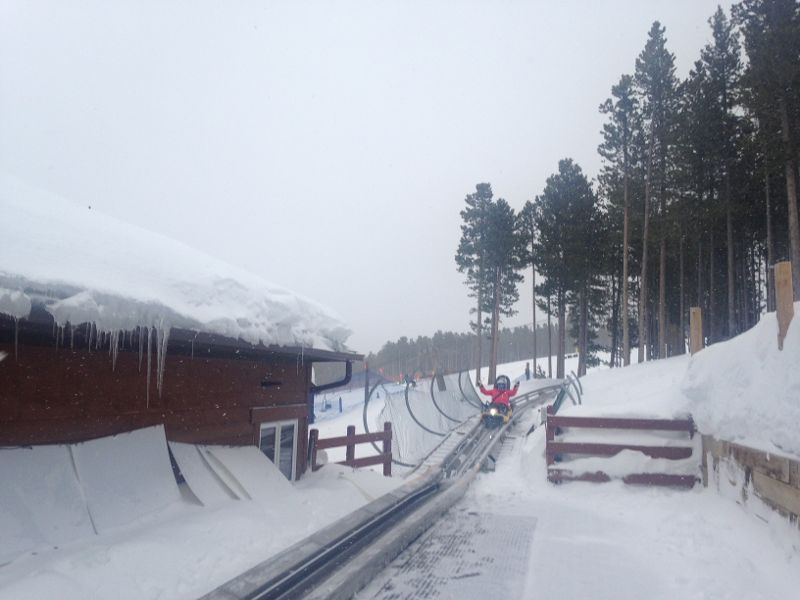 Eileen finishing up her ride on the coaster at Breck

BRECKENRIDGE, CO — It is dumping snow and I’m on a rollercoaster going through the trees. In ski boots.

Who said trips to the slopes are just about skiing or snowboarding?

Not in Breckenridge, as wonderful as the slopes are here — 2,908 acres, four terrain parks, a 22 foot Superpipe 11 bowls, not to mention the highest chairlift in North America, all above a historic Colorado mountain town. My nephew Chris Yemma took his dad up the Imperial Chairlift in whiteout conditions today so he could take a selfie. His dad was only partly amused after a struggle to get down the slope in near zero visibility. 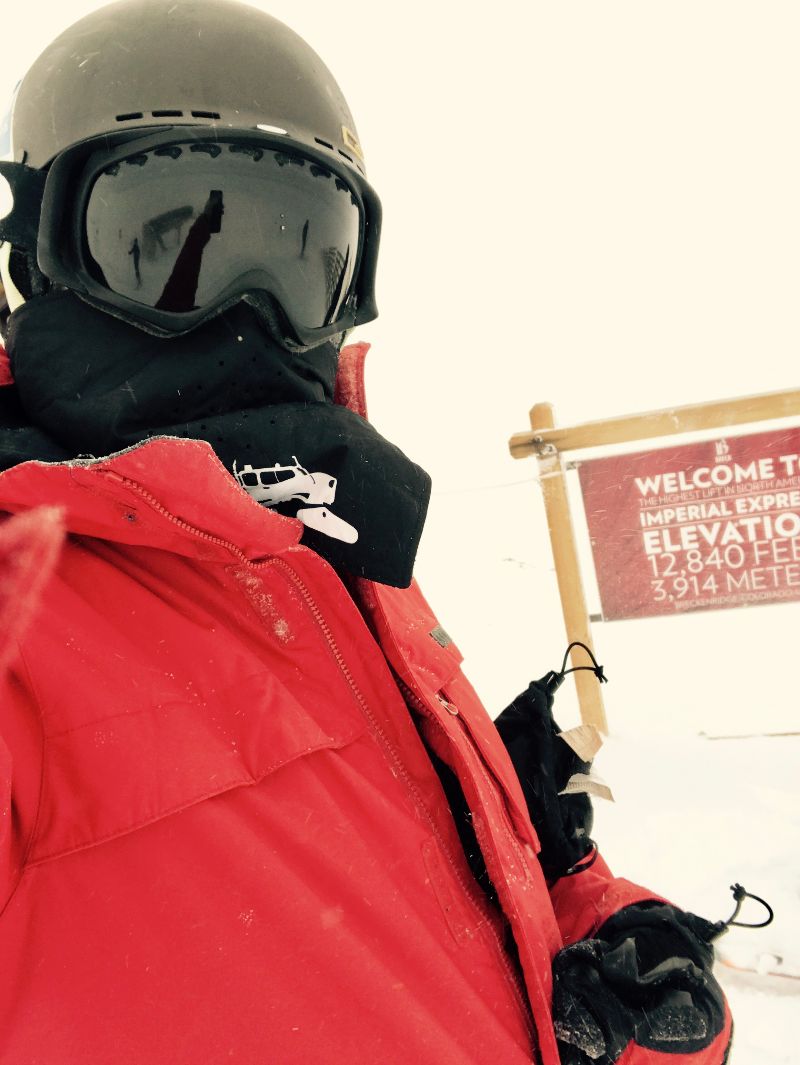 Here we are on the Gold Runner Alpine Coaster, zipping through the trees on 2,500 of track feet as snow is falling. I regulate my speed with brakes. Up and down, through turns, dips and twists. Fun! A different way to enjoy the snow.

I skied all day with veteran instructor Ben Pleimann, who has been here for 18 years. His advice: Never try to teach your significant other or kids to ski. “Teaching your wife or kids is bound to lead to fighting,” he said as we were digging into lunch at the resort’s new Pioneer Crossing restaurant at the top of Independence SuperChair ,which on a blue sky day, I’m told, there are spectacular views. I was happy with my chicken gyro from the Mediterranean section.

Another tip: drink half your weight daily in water, he said. Don’t underestimate the impact of such high altitude. “Spend a night in Denver first,” he suggested, giving yourself and the kids more time to acclimate.

And don’t drink too much alcohol: Remember that one beer at such high altitude equals three at sea level! 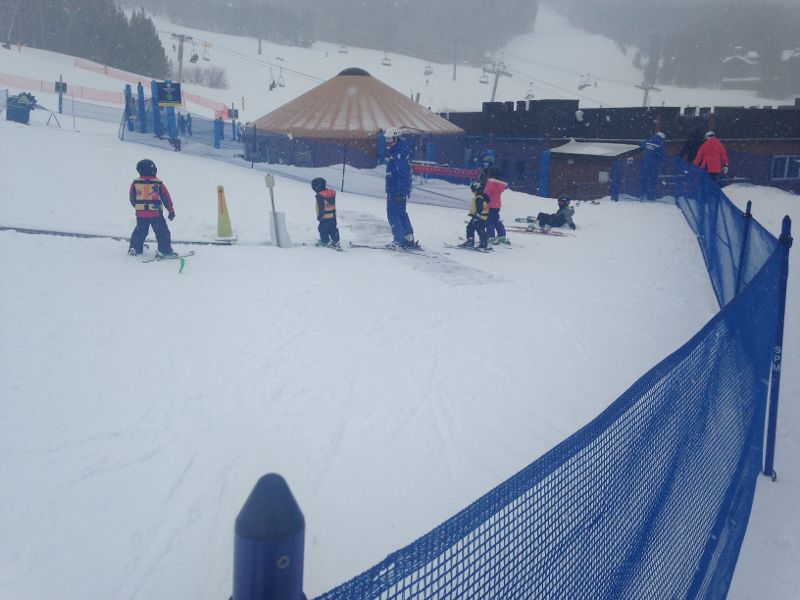 Kids ski school winding up the day at Breck

What I love about Breck, as locals call it, is there is plenty to do even if you aren’t a skier or rider. There are more than 200 restaurants, bars and shops that should keep the foodies and shoppers happy. There is Nordic skiing and snowshoeing and local theater at the Breckenridge Theater that recently underwent a $2.5 million renovation.

I remember when the Breckenridge Distillery was a small place in town. Now there is a huge new building with tours, tastings and a restaurant being led by Chef Daniel O’Brien, the Top Chef behind Washington, DC’s Seasonal Pantry). The idea is to pair flavors with sprit flights and cocktails. The 8,000 square foot expansion includes artisanal cocktails (think Blinker with Breckenridge Bourbon, grapefruit juice with berry syrup, a Miners Manhattan or Obi Wan Old Fashioned… all served up with small plates including a charcuterie board, country terrine, truffle fritters and chicken liver profiteroles served up with onion marmalade. Not a place necessarily for kids, but if the kids are grown—as is our case on this trip—or otherwise occupied, this is a great bet for après ski.

It is still snowing! Maybe another ride on the Coaster?