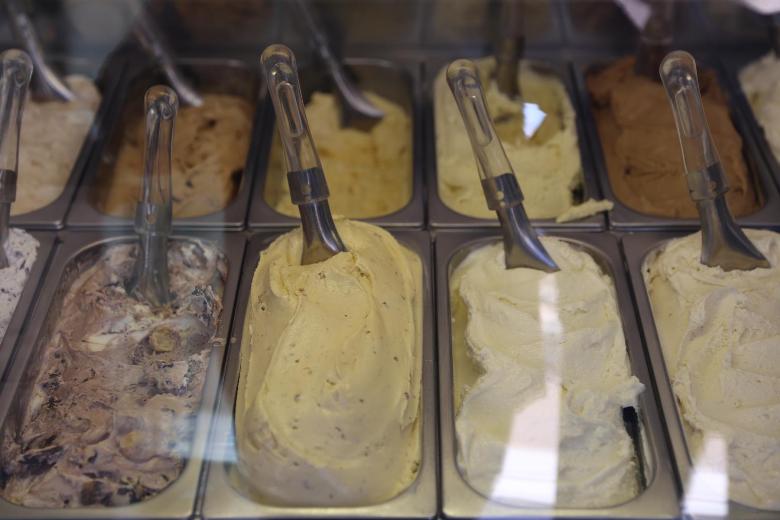 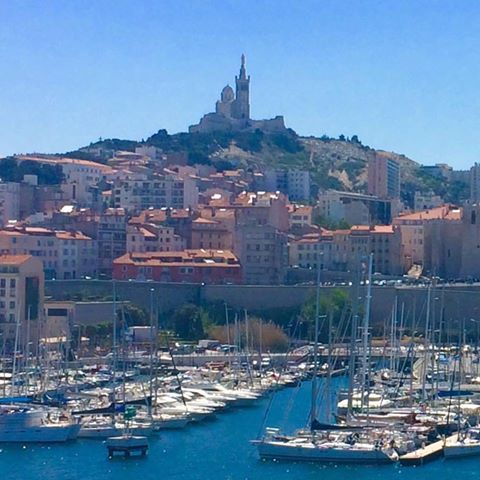 MARSEILLES, France (Day One) –Notre Dame De La Garde is the symbol of Marseilles, France’s second largest city.  But we didn’t go up the hill to visit or to take in the famous view.

More about that in a minute. Marseilles is our first stop on a 10-day cruise of the Mediterranean on Carnival Vista, Carnival’s new and largest ship, carrying more than 4,000 passengers and nearly 1500 crew.

Marseilles, in the south of France, is the country’s second largest city and increasingly a leading cruise port, bringing 1.4 million tourists by ship a year.  Next year, our guide Alexandra Blanc Vea says, two million tourists are expected.

Many cruise passengers head off the ship on excursions to visit Avignon, French Provencal towns of Arles, St Remy and Aix en Provence. But travelers are missing a lot by not exploring Marseilles. The city is undergoing a Renaissance –starting with the restored and picturesque Vieux Port where everyone poses for photos under Norman Foster’s stainless steel sculpture canopy. Marseilles was founded by Greek sailors in 600 BC. 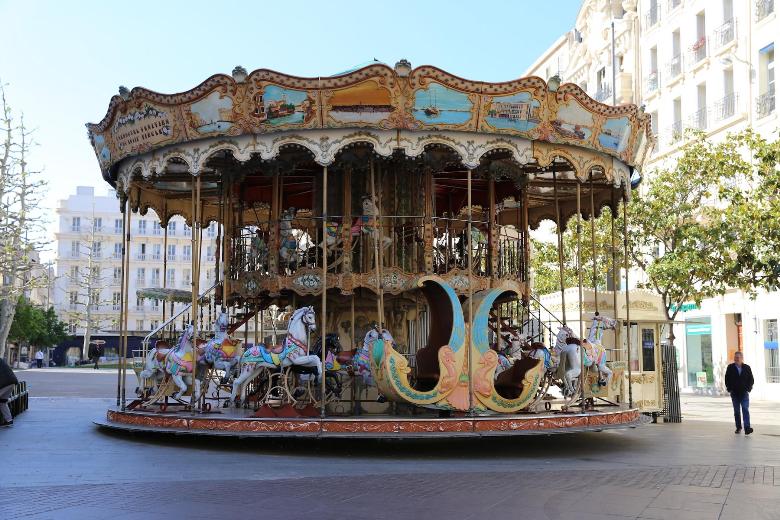 In the 19th Century, this was one of the most important commercial ports in Europe. Today  the commercial port is in the north and the Vieux Port is  ringed with restaurants and stands selling everything from Marseilles famous olive oil soap, lavender sachets,  ceramics, and of course, tee shirts, magnets  and jewelry.   Fishermen sell their fish right from their boats for the city’s famous Bouillabaisse fish stew. People take boats from here to go to the Calanques National Park where to swim, to hike and where you might see dolphins.

Jacques Cousteau did some of the first archeological diving in this area because there are so many old ships dating back centuries.

We learn the  Golden Madonna, holding the Baby Jesus on the top of  Notre Dame De La Garde –36 feet tall — is said to be the first thing sailors see when they come to Marseilles and the last thing they see when they leave.  She is said to protect fishermen and sailors. When they are troubled, locals go to the Basilica and when their problems are solved, they gratefully leave gifts. She protects all people here, not just Catholics, our guide tells us. “Whatever your religion, everyone here has respect for her,” our guide says.

Unfortunately, that didn’t help during the German occupation in World War II when the Germans blew up 9,000 homes and evicted 15,000 people.  That’s a reason a  17th Century building facing the sea—the City Hall—is adjacent to more modern buildings as well as to a large square that rises up a hill. Children are playing here on a Sunday morning.

Here’s why we didn’t climb the hill. We stopped at Le Glacier du Roi not too from here or from the Vieux Port. It turns out the ice cream is so famous that people come from all over the city for it. Florence Bianchi, a former accountant, tells us she decided to open the shop six years ago after she lost her job. Everything is made fresh daily, depending on which fruits she has, strawberries and grapefruit, lemon and orange. “It is a taste of my childhood,” she said, explaining she is Italian and makes her ice cream the Italian way—no eggs! Flavors include mint with kiwi, banana, coffee, vanilla, chocolate, some made with the local Navette cookies. She plies us with samples. 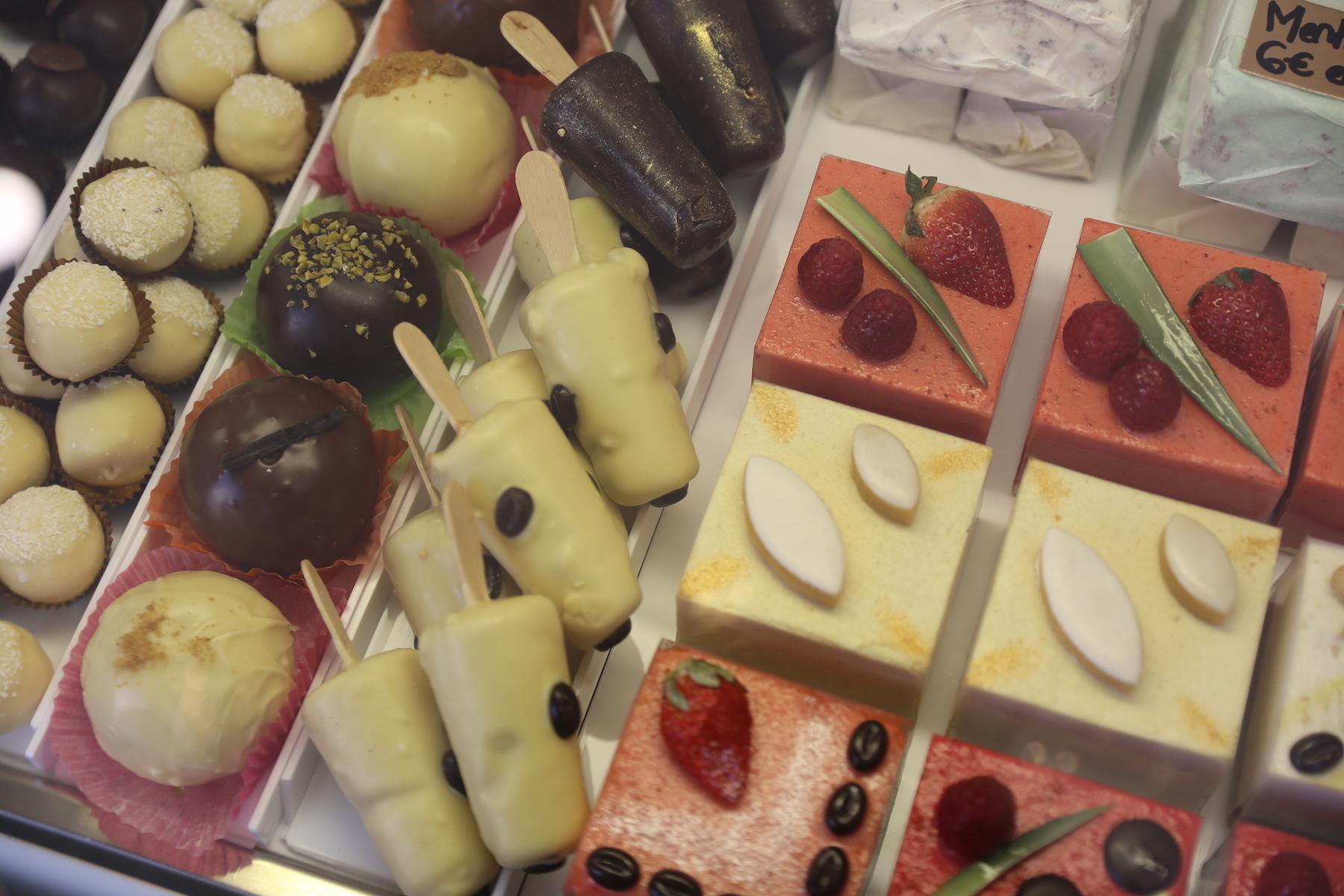 We continue the tour and can’t get the ice cream and sorbet out of our mind. That’s why after lunch at an outdoor café in the Vieux Port, we opt to forgo the church on top of the hill to return for ice cream for dessert.

We think the the Madonna will understand—and she’ll be here next time.