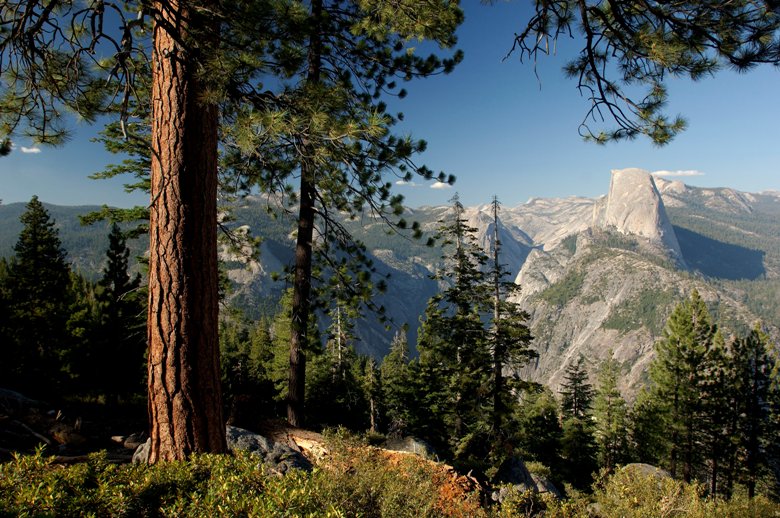 View from Glacier Point over half Dome and Yosemite Valley

Could they do it?

It was a tough hike for six and eight year olds — up 600 slick granite steps to the top of a waterfall, getting thoroughly splashed in the process. (I guess that’s why they call it the Mist Trail.) We were in Yosemite National Park and this iconic, though strenuous, hike — there’s a 1,000-foot gain in altitude up to the top of the park’s famous Vernal Falls — is one of the most popular, drawing people from around the world to see its waterfalls. Did you know there’s nowhere in the world with so many waterfalls concentrated in such a small area as in Yosemite Valley?

But more important for my family, this was the first “big” hike my son Matt and daughter Reggie had attempted. I shouldn’t have worried. They climbed the trail like mountain goats and that night, I treated them to a grown-up celebration dinner at the park’s Ahwahnee Hotel Dining Room with its huge granite pillars and floor-to-ceiling windows that have been welcoming diners since 1927. Guests come for the views of Half Dome and Yosemite Falls, as much as the food. What I remember most is the fuss the waitresses made over my kids’ accomplishment that night and how proud they were — me too!

This month marks the 150th anniversary of the Yosemite Grant Act, which set aside Yosemite Valley and the Mariposa Grove as the first protected wild land in the country — the first time scenic, wilderness lands were set aside specifically for preservation and public use by the federal government. This set a precedent for the 1872 establishment of Yellowstone as our nation’s first national park; Yosemite Valley and the Mariposa Grove were combined with Yosemite National Park in 1906. All year long, there will be special events at and around Yosemite to celebrate.

I think we should all thank that long-ago Congress and President Lincoln for the Yosemite Grant Act that has enabled generations of families to enjoy what Yosemite and the other national parks offer — not least of all, time together in the outdoors. Of course, we should thank environmentalist John Muir, who was first inspired by visits to Yosemite and whose activism not only helped get the national park bill passed but also worked to preserve the Yosemite Valley and co-found the Sierra Club. 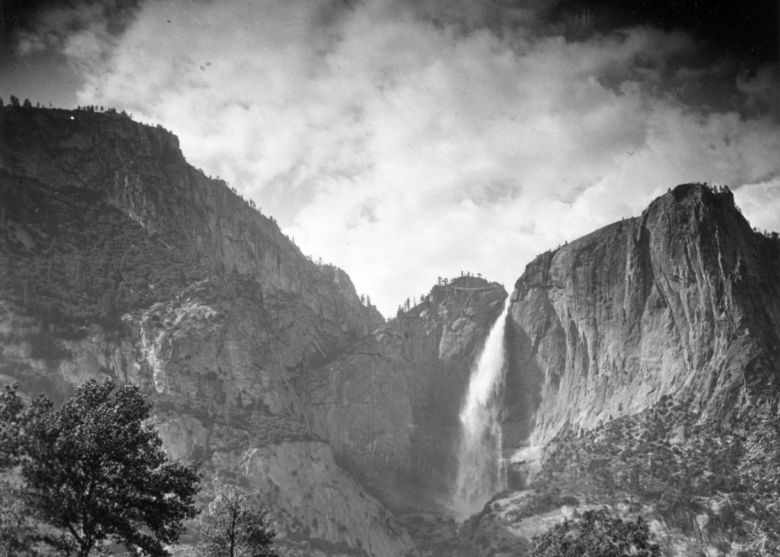 Yosemite, is enormous, 1,200 square miles, about the size of Rhode Island, and it’s a terrific place to teach kids lessons on conservation and preservation, whether you camp, stay in Curry Village’s tent cabins, a lodge like Yosemite Lodge at the Falls or just outside the park at Tenaya Lodge, complete with kids’ activities and even a kids’ spa.

There are some 800 miles of hiking trails and 12 miles of paved bike paths, kayaking, fishing, horseback riding, even rafting in summer on the Merced River. Let’s not forget the Junior Ranger program, which helps kids get engaged in exploring the park, as will kid-friendly ranger-led programs (twilight stroll, anyone?) and the hands-on Pioneer Yosemite History Center at Wawona.

This is also a place where you can try something new together — take a rock climbing lesson with the Yosemite Mountaineering School. The nonprofit Yosemite Conservancy offers special experiences, including naturalist walks, special interest hikes (got a junior shutterbug or artist in the gang?) and guided family camping trips this summer in Tuolumne Meadows. Who wouldn’t love a camping trip with the kids where someone else sweats all the details?

A few years ago, my daughter Reggie and her fiance, Dan Foldes, who now live in Northern California, led us back up the Mist Trail. This time, she was the one encouraging me and making sure I didn’t trip on the slippery rocks.

Those early hikes and national park visits, she says, spurred her passion for the wilderness. She’s not only an avid backpacker but has also led teen wilderness trips in Yosemite.

Whether members of your family are avid outdoors lovers, or not, Yosemite is a place where your kids can be persuaded to leave the electronics behind. There is so much to see and do, so much to discover — starting with the Giant Sequoias in the Mariposa Grove. The tallest tree is about 290 feet tall — taller than the Statue of Liberty. The kids will love posing for selfies at the famous California Tunnel Tree where a tunnel was cut through the trunk to allow stagecoaches to pass through it and at Glacier Point, with its stellar views of Yosemite Valley’s rock formations.

“Good job hiking,” Reggie said when we got back down the Mist Trail. It felt a little strange being on the receiving end of the encouragement, rather than being the one doling it out. But there was one thing she’d forgotten, I told her — the M&Ms I always had in my backpack to keep her and her brother and little sister going along the trail.

Next time, she promised.