Celebrating Halloween for an entire month 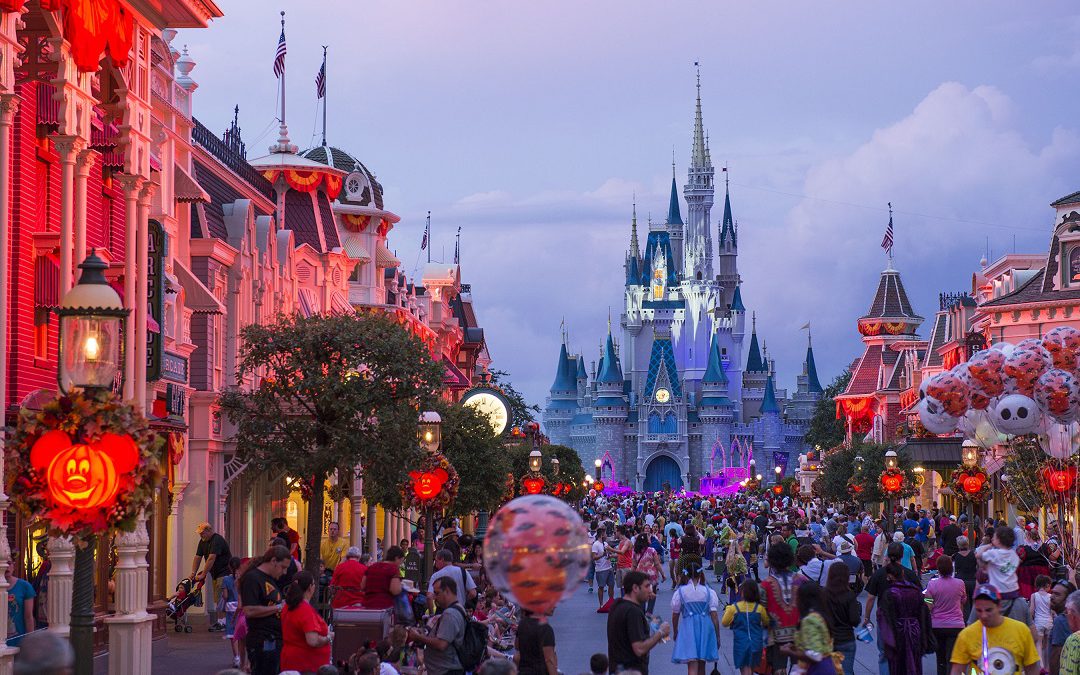 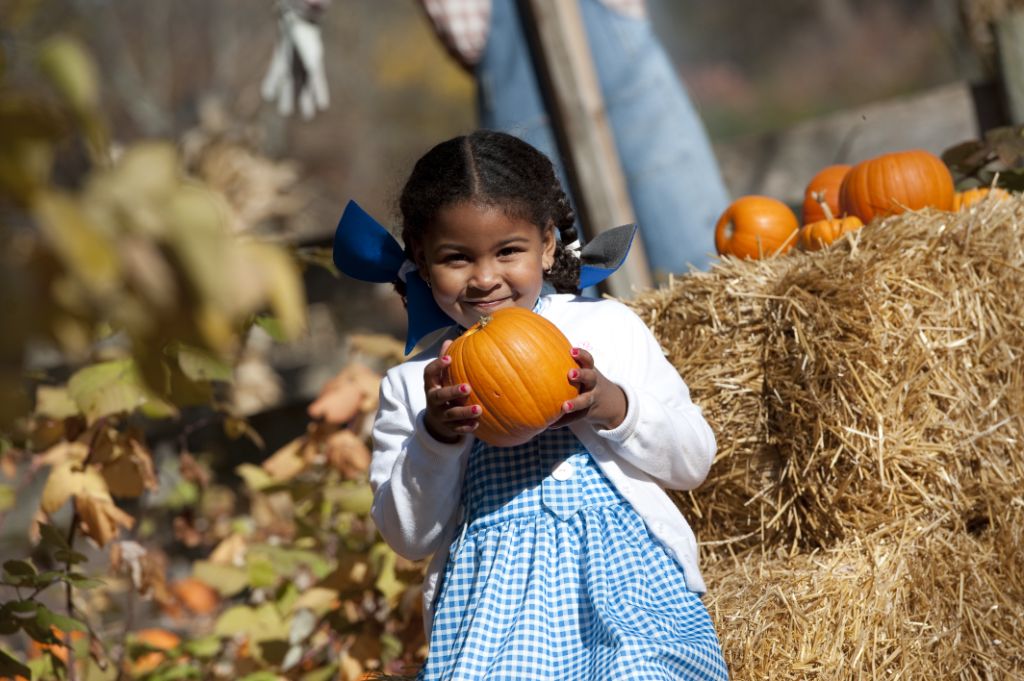 Are your little action heroes ready?

You’ll need your witch’s hat and broomstick, too, and don’t forget a costume for the four-legged member of your family.

And you’ll need that costume a lot sooner than Halloween since theme parks, zoos, haunted attractions, farms, even zip lines everywhere are touting Halloween festivities and scares all October long — some even started in September.

According to the National Retail Federation, not only are more of us joining the Halloween fun (179 million Americans as compared to 171 million last year) we’re spending more on it, the National Retail Federation reports — a record $9.1 billion, up from $8.4 billion in 2016. The top costume for children is reported to be an action hero or superhero, while the top pick for adults is a witch. Pets most commonly will be dressed as pumpkins.

Sometimes families make it a fall tradition, whether to pick their own pumpkin or make their way through a giant cornfield maze, like at Richardson’s Adventure Farm outside Chicago, which claims it has the largest corn maze — 28 acres of paths through live corn, all designed this year to celebrate the 2016 World Champion Chicago Cubs, as well as pig races, a petting farm, zip line and pumpkin patch. We used to make it our tradition to go to the same pick-your-own pumpkin farm (you can see a picture of two of my happy kids in a pumpkin field on our site, Taking the Kids Fabulous Fall Getaways section, where you will find lots more ideas to celebrate fall and Halloween). My partners at Family Travel Forum have put together a national directory on places to pick pumpkins and apples.

Here are five more ways to celebrate Halloween long before Oct. 31 — and make some new family memories in the process:

HEAD TO A THEME PARK — and you might also get a ticket and lodging bargain! Attend Walt Disney World’s immensely popular Mickey’s Not-So-Scary Halloween Party on certain nights all through September and October through November 1, and Mickey’s Halloween Party at Disneyland from September 20 to October 31. They are both bigger than ever before with special fireworks, trick-or-treating, special foods and more. (You might snare a lodging deal in fall, too!) 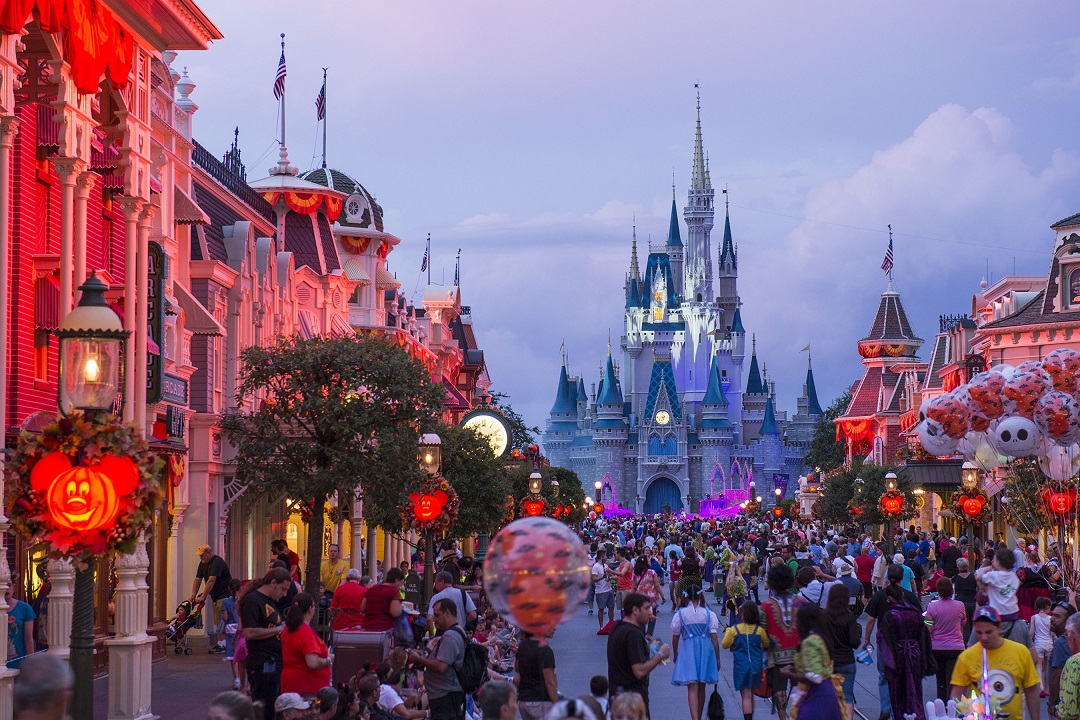 SeaWorld’s Halloween Spooktacular in Orlando and San Diego from September 23 to October 29, and in San Antonio from September 29 to October 29 provides special Halloween shows and the chance for your younger kids to strut their stuff, showing off their costumes while dancing with life-sized, but not-too-scary, sea creatures. It’s all in the regular admission price and runs weekend nights.

If you are going to be in Southern California with your teens, Knott’s Scary Farm, the largest and longest-running Halloween event, offers more than 1,000 monsters, 13 scary mazes and even an interactive zombie hunting. During the day on weekends, there’s plenty of Halloween fun for younger kids at Knott’s Spooky Farm, including a ride on the Grand Sierra Railroad with 2-D and 3-D Halloween effects and a special “Monsters are Coming” interactive show.

Universal Studios’ Halloween Horror Nights began on September 15 in Orlando and Hollywood and lasts until November 4. (Not recommended for anyone under 13, and maybe not even then.)

HEAD TO A FESTIVAL — the Cambria Scarecrow Festival, where hundreds of creative scarecrows designed by townies are on display, runs from October 1 to 31. It’s quite a spectacle: papier mache scarecrow bikers mount their wheels, the scarecrow nuns put on their habits, and the horror scarecrows are hidden away. In Baltimore, there is the Great Halloween Lantern Parade & Festival on Oct 28, complete with kids’ costume contests and pop-up costume yoga.

SAY BOO TO THE ANIMALS. Most zoos and aquariums now have Halloween events, like Wild Zoo Halloween at the Fort Wayne, Indiana Children’s Zoo, on selected dates through October, complete with trick-or-treating, a mini maze, and more.

INVITE THE TWEENS AND TEENS to join you at a haunted attraction. There are approximately 1,500 to 2,000 Haunted Attractions in the United States and the Haunted Attraction Association notes that every year new “frights” are added. For example, try the Zombie Zipline and Haunted Treetop Trails at NWI Deep River Aerial Adventure Park in Crown Point, Indiana. In Philadelphia, there’s the Eastern State Penitentiary’s Terror Behind the Walls, a spooky haunted house inside an abandoned prison. Not only are there animatronic creatures, but more than 200 performers participate in six separate attractions on the 11-acre complex.

COMMUNE WITH THE GHOSTS at a haunted hotel — The Godfrey Hotel Chicago invites costumed guests to travel to the hotel’s fifth level on Oct. 28 and check out 20 haunted rooms. (The bravest can book one of them overnight.) For younger families, you can’t go wrong at a Great Wolf Lodge (famous for their indoor water parks) for Howl-O- Ween all October with costume parades, trick-or-treat trails, scary-silly Story Times and Monster Bash Dance Parties.

I’ve got my witch’s hat ready. How about you?