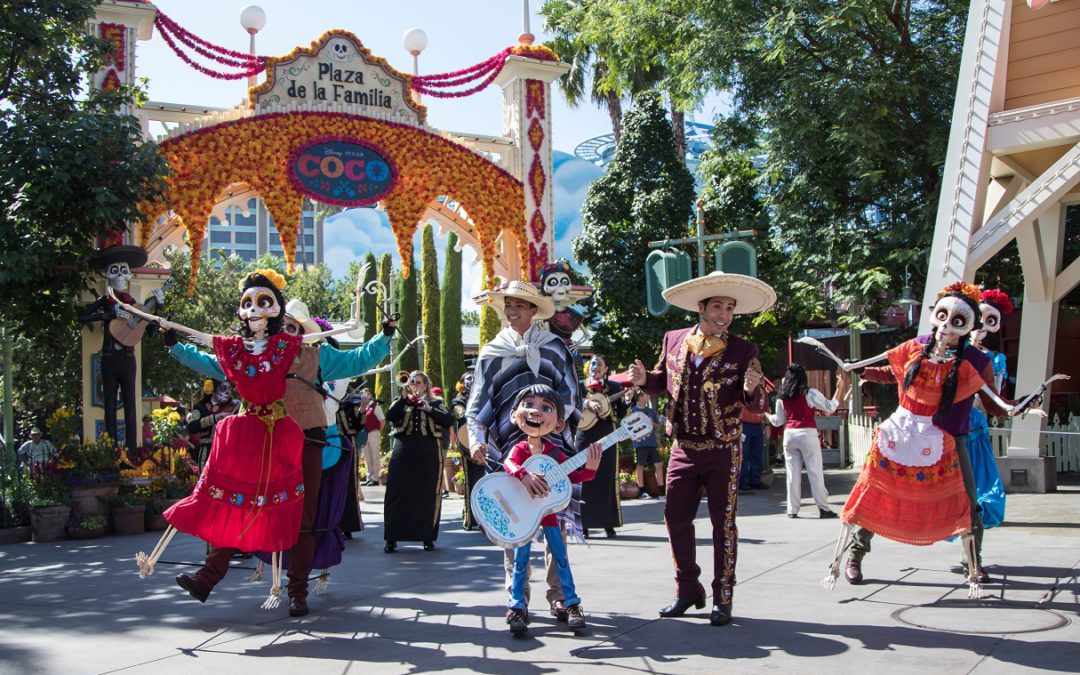 Calling all wizards and princesses, ghouls, goblins and superheroes and heroines — right now!

If you thought you had weeks left to get those costumes ready, think again. That’s because Halloween is now celebrated — big time — from theme parks to zoos, children’s museums to hotels and resorts all October long. At least you will get more use out of those pricey costumes the kids insist they have to have — yours too! Got your witch hat dusted off?

Try something you’ve never done. In Colorado, Ghost Walks are back in Glenwood Springs after which you can take a dip in the famous hot springs pools. Check out spooky science at the Birch Aquarium’s Haunted Aquarium expanded to three nights in La Jolla, California. Ready to make your own seaweed slime? Watch a master pumpkin carver at work on 1,000-pound pumpkins at Boo at the (Brookfield) Zoo in suburban Chicago where zoo experts will be on hand to tell you all about the zoo’s creepiest critters. Of course, come in costume for the parade. Step into the spirit world at the Festival of the Dead where you can hear from departed loved ones from psychic mediums in Salem, Massachusetts.

Nearby, the Jack-o-Lantern Blaze in New York’s Hudson Valley is guaranteed to impress even the tweens and teens with the chance to walk through some 10,000 hand-carved illuminated pumpkins, the largest Halloween attraction in the tri-state area. The event lasts through November.

Check to see what Halloween festivities are being offered near your home. Find a farm with pumpkin-picking and a corn maze (Our TAKING THE KIDS Fabulous Fall Getaways Guides has plenty of ideas as does the Haunted House Association, which reports that the Halloween industry generates almost as much revenue in 45 days as North American movie ticket sales generate for the entire year.)

No wonder attractions get bigger and better every year.

Get bragging rights for being the first to experience something new — like the “Dark Arts at Hogwarts Castle” at Universal Orlando Resort (only on select nights through Nov 15) where Harry Potter fans will encounter Death Eaters, those devoted followers of Lord Voldemort known for their allegiance and practice of the Dark Arts, as well as plenty of scary music and special effects.

Be careful, of course, not to take kids to events above their scare level. There are plenty activities geared for younger kids.

LEGOLAND California in Carlsbad, home to two themed family hotels, is the place for younger Halloween lovers with fireworks, new entertainment, LEGO build activities and more. All of it is included with a park ticket during Brick-or-Treat Party Nights, which will run on Sept. 28 and Saturdays in October. If you’re in the east, check out the Halloween action at the sister park in Florida.

SeaWorld’s Spooktacular, in San Diego and Orlando Sept. 21 through Oct. 27, and starting a week later in San Antonio, Texas, provides special family Halloween shows and the chance for younger kids to show off their costumes while dancing with life-sized, but not-too-scary, sea creatures. It’s all in the regular admission price and runs weekend nights.

Since the late summer opening of The Resistance at Star Wars: Galaxy’s Edge at Walt Disney World, this unique Star Wars experience has given guests of all ages the chance to live their own “Star Wars” stories on the planet of Batuu — costumes invited! At the same time, the classic Disney World’s Mickey’s Not-So-Scary Halloween Party is back on select nights through Nov. 1, 2019. Major rides, such as Pirates of the Caribbean and Space Mountain, will be spookily transformed.

If you love scares, maybe your teens will invite you to join them at Universal Studios’ Halloween Horror Nights in Orlando and Hollywood (where Throwback Thursdays celebrates many ’80s-inspired mazes from movies such as “Ghostbusters” and “Creepshow.” There’s also a dance party hosted by Beetlejuice.) With so many haunted souls, blood-thirsty beasts, super scary haunted houses and mazes, don’t bring the under-13 crowd, Universal suggests.

Ditto for Howl-O-Scream  at the two Busch Gardens theme parks in Tampa Bay and Williamsburg, Virginia, though there are kid-appropriate Halloween activities during the day. The 18 Six Flags parks touts “Family by Day, Fright by Night!”

Maybe this is the year to make a holiday of Halloween — perhaps a stay at a “haunted” inn. Many B&Bs are in historic homes, which have otherworldly spirits lingering. The 1872 John Denham House in Monticello, Florida, even has special October Teen and Parent Ghost Hunting weekends, complete with hands-on ghost-tracking skills.

The Great Wolf Lodge indoor water park resorts around the country promise younger families “A Spooktacular Good Time” at Howl-O-Ween, complete with a witch’s lair, trick-or-treat trail through the lodge, spooky crafts, pumpkin carving and, of course, the water playground they’re known for.

The most important thing — don’t embarrass the kids with your costume! Happy Halloween!