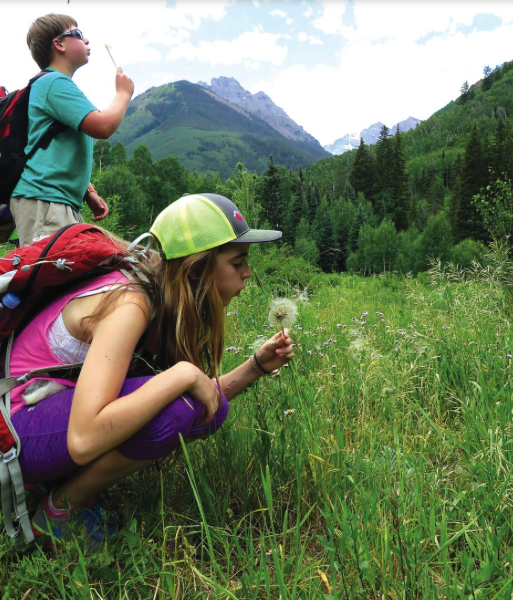 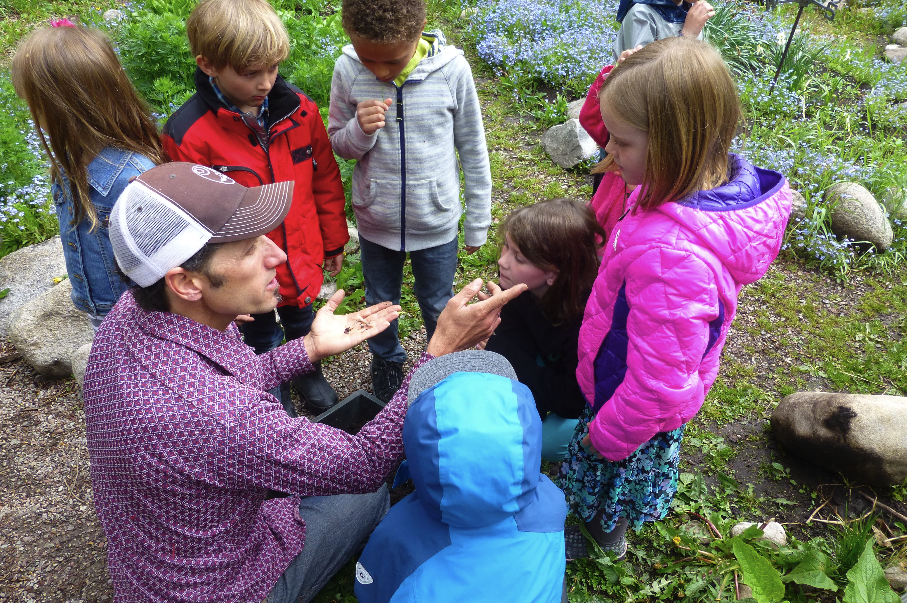 No, it’s not a bag full of gifts, though ultimately you may come to think so. At the Aspen Center for Environmental Studies (ACES), environmental educators including Denali Barron and Bowman Leigh think a grab bag of nature challenges can help kids engage with the outdoors—and get off their devices.

ACES should be on everyone’s list when they visit Aspen with its terrific nature preserve and resident Golden Eagle. In summer, there are week-long camps; in the winter, ACES teaches kids programs in partnership with the ski school, but also offers winter kids camps. There are classes and programs for adults as well.

“The idea is we are teaching kids starting at age four that they are scientists—all they have to do is pay attention and ask questions and being aware… that is what being a scientist is about,” explained Denali Barron, who has been teaching here for more than six years.

That’s where the grab bag comes in—especially for kids who aren’t used to getting outside and exploring. Put a series of age-specific challenges in a grab bag and have the kids choose a trail challenge when you are out hiking this fall or just taking a walk in the neighborhood:

— How many different shaped leaves can you find?

— How many different colored leaves?

— Find a sign that an animal was here  (an abandoned nest, feathers, log chewed by a beaver, a track, scat… 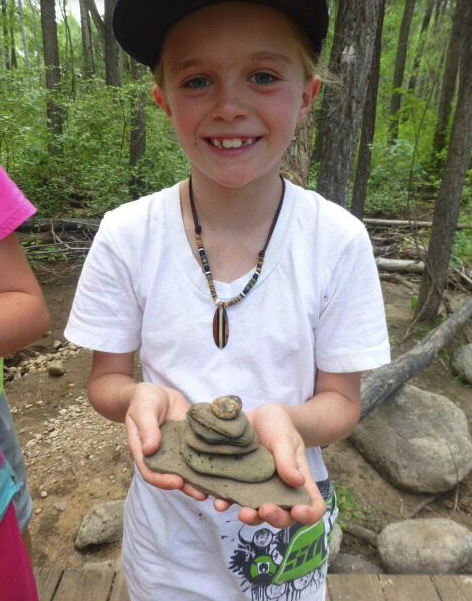 — Turn over a rock and note three things you notice under the rock.

— Point in the direction of a bird sound.

— Make a creature from different shaped leaves and then do a rubbing with a crayon!

— Draw a comic strip from the perspective of an ant.

— Find a place where you would hibernate.

— Design a video game from the perspective of an insect.

“The way a parent behaves has such a big impact,” says Leigh, who has been at ACES for eight years. “If the adults are immersed and excited, the kids will be too.”

And if the kids are reticent to explore—as they may be if you live in a city or suburb—play to their interests: art, music, video games, fairies and gnomes (build a house for fairies out of stones).

It helps to have the right tools—small notebooks and pens for each child; a magnifying glass to look at things closely; binoculars; a bag to collect different colored leaves (if you are someplace where collecting leaves is permitted); crayons and paper to make those leaf rubbings. Put the leaves under the paper in any shape and then rub the crayon over the paper.

In the ACES Junior Naturalist Guide are activities you can replicate, like the Bingo Nature Scavenger Hunt. Create a sheet for each member of the family with things they may see—an animal home, a bird, a pine cone, a flower….and everyone marks off when they see something. Make sure to have a prize on hand!

Fun! That’s the idea, the ACES educators say. “It doesn’t take much for children to embrace their innate curiosity,” said Bowman Leigh.

And for kids, even kindergartners, that can have life long impact as they look at the environment around them—and their place in it—and how their choices can impact the world around them.

Another ACES program at Rock Bottom Ranch helps kids appreciate where their food comes from with a children’s garden, a chicken “hoop coop” and programs to encourage families  to eat seasonally, support local farmers and reducing their footprint.

Certainly it’s not always easy to get kids to get their eyes to look around rather than down at their devices.  Use the devices, suggest the ACE educators. Have the kids take pictures with their phones of what they are discovering; download apps like EBird to use or others to help identify leaves and trees. Look for kids’ field guides or stories that will engage kids’ interest.

If kids simply are nervous, give them a job, the ACES educators suggest—make one the “navigator,” deciding which way to go on the trail; another can be the “hydration expert,” deciding when to take a water stop.

For older kids, it can help to have a goal- climbing a mountain; fly-fishing together; picking berries or rosehips and making a jam or tea. Make it an adventure—one that can be put on Instagram or Snapchat.

Challenge your middle schoolers and high schoolers to spend a half hour outdoors without a phone. Do the same walk in your neighborhood several times as the season changes and encourage the kids to note what has changed.

“There is no one right way,” said Barron.

“What is consistent no matter what their age,” added Leigh, “The sense of wonder.”