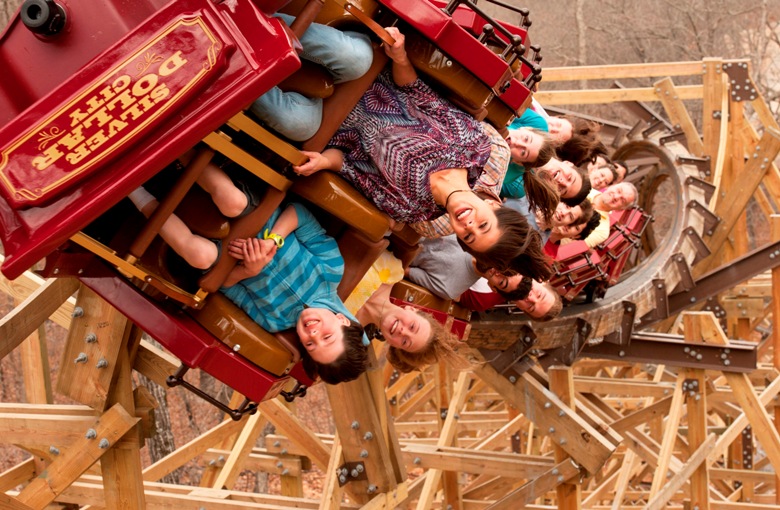 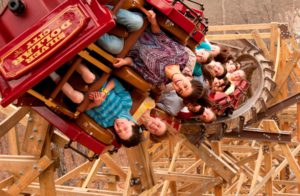 Got a change of clothes in your backpack?

“Otherwise you are going to be wet all day after the water rides,” explained KateLynn Schlenker during a recent visit to Disneyland. The 13-year-old Arizonian added, “Throw in some flip-flops, too, so your shoes don’t get wet either.”

“And be brave and try everything because you don’t know which ride you’ll like — or when you will be back,” said Emily Benoit, 14, also from Arizona, who was visiting Disney’s California parks with her family.

You’ll have your pick of thrills — wet and dry — this summer when nearly 200 new rides and attractions open at more than 80 theme parks, water parks, family fun centers, zoos, aquariums and museums in the United States and Canada, according to the International Association of Amusement Parks and Attractions.

Whether you’re hitting a smaller local park or Orlando’s giants, get ready for crowds! IAPPA says more than 300 million people will visit U.S. amusement parks and attractions this summer. That’s why it’s a good idea for kids to always have an iPod in their pocket to play games online, suggested one 10-year-old theme park visitor. It’s always smart to have snacks in your backpack too, another 12 year old from Los Angeles suggested.

These last months, I’ve been talking to a lot of kids at theme parks in Orlando, Anaheim and Los Angeles, while researching my kid’s guides to Orlando and to Los Angeles, scheduled for release this fall. If you think it’s better to work up to the scary rides, think again, suggests Marie Claire Wike, 13, from Bentonville, Ark. “Starting out on a scary ride welcomes you to the park … intensely!” she said.

This summer, that might mean a new-style wooden roller coaster. Wooden coasters have been entertaining park goers for more than 125 years but now, with new technologies and designs, several new ones will give riders the ambiance of a wood coaster while providing inversions, twists and turns only previously experienced on steel roller coasters. For example, there’s Outlaw Run at Silver Dollar City in Branson, Mo., with the steepest drop — more than 16 stories — and the ability to twist you upside down — three times. Did I mention the 720-degree double-barrel roll? Gulp! 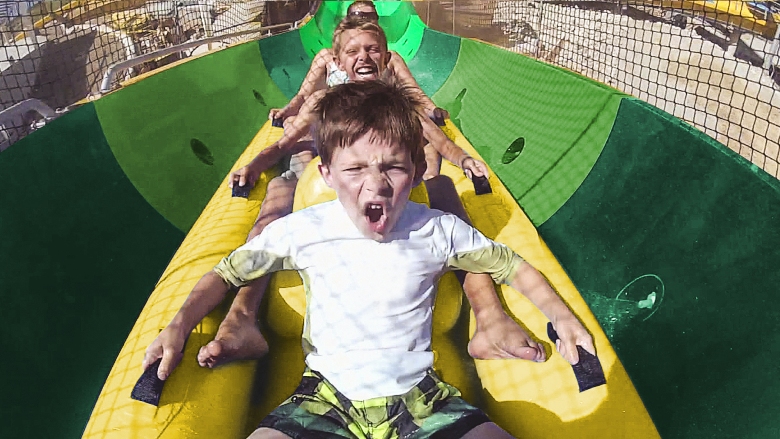 The River Rush ride at Dollywood

If you prefer your summer theme park fun in and around water, you’re in luck with new water slides and water playgrounds across the country. Hersheypark in Hershey, Pa., introduces “Shoreline Sprayground,” a 7,000-square-foot water play area, complete with 12 play structures and 16 dancing fountains, as well as two new water slides.

Worlds of Fun in Kansas City, Mo., celebrates its 40th anniversary with the completion of the largest expansion of the Oceans of Fun water park in the attraction’s history — six new slides are housed on a 65-foot-tall complex overlooking “Surf City Wave Pool.” At the top, you can climb into the “Aqua-Launch,” a chamber with a floor that suddenly drops out, sending you down slides into a high-speed near vertical drop.

And in San Diego, Calif., there’s the new Aquatica San Diego with a 500,000-gallon wave pool, water slides and Loggerhead Lane where you can float down a 1,250-foot lazy river watching more than a dozen Caribbean flamingoes. Pretty nice on a hot summer day!

But no matter how fantastic the attractions, the kids are still going to beg for souvenirs. Starting a collection can solve that problem, some of the kids I met suggested. “Collect pins,” said Tressa Stevenson, 12, who is from Arizona. She said her older sister, mom and grandma also collect them. “You have the memories of each time you came, and you can trade with other people,” she said.

One 11-year-old visitor thought an autograph book with the autographs of all your favorite characters in it is a much better bet. “You get to show everyone at school and it is a keepsake you can keep until you are grown up,” she explained.

Just make sure to keep your pen handy, the kids said. Cameras too. And see as much as you can because you don’t know when you’ll be back!

Save one for me.