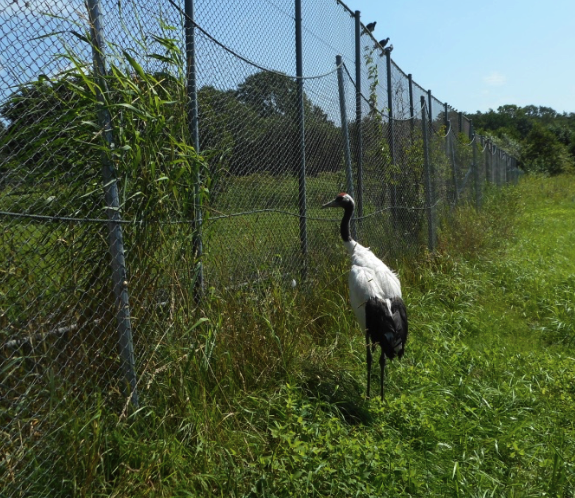 ABOARD THE DIAMOND PRINCESS CRUISING OFF JAPAN – All in all it was a great cruise on the Diamond Princess, stopping in ports we had never heard of in northern Japan and even in Russia, thanks to some obscure law or regulation that nobody can quite get their head around. But no cruise is complete without its follies and unexpected discoveries. Here are a few:

THAT GUY – You don’t want to be him. This cruise, like almost all aboard large ships worldwide, had to make a port stop in a foreign country (foreign to Japan in this case) because of the Jones Act (look up). So two days before our port stop in Kosharov (a tiny seaport that on Sakhalin Island in westernmost Russia, we were told – repeatedly and emphatically – that we were required to go through immigration aboard the ship, presenting passports, immigration cards and customs declarations. It was made very clear – in both Japanese and English – that everyone aboard, whether they disembarked in Russia or not, had to go through the process – or the ship could not leave the port of Kushiro in Hokkaido. Right, I thought, how long is this going to take and how many people aren’t going to get the message? As happens on every cruise, ship officials later told me, there are a handful of passengers who just don’t get it. So two or three hours after we should have left Kurshiso – and after repeated shipboard announcements looking for “Mr. So-and-So from the Emerald Deck,” the ship finally sailed. It turned out he was in his cabin the whole time and claimed to have forgotten about the immigration. He was the most talked about passenger for the rest of the cruise.

TMI and TLI – Every day on a cruise like this your cabin mailbox is bombarded with literature on shore excursions being offered, specials on duty-free goods, art auctions, onboard entertainment and activities, and of course immigration, customs and disembarkation documents and instructions. The “Princess Patter” – a daily newsletter – contains particularly helpful information. The ship’s port lecturer, Heather Hopkins Clement of CruisePortNavigation.com is also a font of information on Japan and Japanese culture. But sometimes there is too little information. Like the morning we returned to Japanese water from our brief stop in Russia. Another immigration process to go through at the Hokkaido port of Otaru. Our instructions said report to the Pacific Moon dining room at 9:15 a.m. to avoid standing in a long line. When we got there 15 minutes early there was already a long line and by 9:40 we hadn’t moved an inch. It turned out that the Japanese immigration crew was late boarding the vessel. But the announcements of the delays were late in coming and everyone was getting frustrated and worried they were going to miss their excursions (ours was to a Japanese Onseng – hot springs – resort). One lady on our tour was so bent-out-of-shape that she loudly told everyone within earshot that she would recommend another cruise on “my worst enemies.” We all kind of rolled our eyes and chuckled. Later, the Onseng hot baths seemed to have calmed her down. As we were getting ready to leave we gathered the shoes we had taken off in deference to Japanese etiquette. The fussy lady didn’t have to go far – she had placed her shoes on the table right next to her tea cup.

SHORE EXCURSIONS – What you see isn’t always what you get. We booked our first shore excursion in Kushiro, Hokkaido, expecting to enjoy a sanctuary for red-crested cranes (which were once nearly extinct) in Japan. Instead of seeing cranes in the wild, we saw 15 birds whose feathers had been clipped so they cannot fly away, and our view of them was through a chain link fence. Next we stopped at the Shitsugen marshland preserve, where our guide repeatedly cautioned us not to try to hike the entire 2.5 kilometer look because it would take 1.5 hours and we might not make the ship’s departure. It took us 25 minutes and we didn’t even walk that fast. Other shore excursions were great – like the Onseng hot baths near Otaru, Hokkaido, and to a national park in northern Honshu (although our hike was a bit more strenuous than the excursion bookers indicated). In Hakodate, we explored on our own, which turned out to be fairly easy (the local Japanese were very helpful even if they spoke no English). The most bizarre excursion, as you might expect, was to the Russian port of Kosarev, a bleak-looking backwater of maybe 20,000 people on Sakhalin Island. If we hadn’t gotten Russian visas (about $400 each and, no we hadn’t), you could do a “walking tour” with a guide for $29 each. The local guide seemed totally disinterested in talking about anything that was not on her official agenda, which was for us to see the local “Recreation Center,” one of the few semi-modern facilities in the town. One of the tour members asked her if there was a Russian Orthodox church in the town – she had no clue, not any interest in finding out. As we returned to the ship, we passed a large church with two gold-domes topped by crosses.

AN UNEXPECTED DISCOVERY – At every meal on a cruise you have the opportunity to meet interesting people, and especially on a cruise like this where roughly half of the 2,700 passengers are Japanese, you hear some great stories as well as a litany of complaints. Some people complain that lemons taste sour and some make lemonade. Like the school principal from a town near Liverpool traveling with her mother and whose daughter is a singer on other cruise ships. And the lady who is finishing up 40 years in the U.S. Army as a test pilot; the 13-year-old from Pennsylvania cruising with his grandmother as a bar mitzvah gift; the retired businessman from Cuero, Texas, traveling with his Japanese-born wife and sister, and the couple from Long Island who were hugely disappointed in the limited hours of the onboard casino and the fact that it didn’t have a craps table (the Japanese don’t like to play craps he was told, which did not sit well with him). One day at lunch we were seated with an elderly Japanese man and woman. We asked if they spoke English – he did, his sister did not. We started talking and he told the most amazing story. He was a boy during World War II and remembers being “brainwashed” to “hate the Yankees.” After the war ended and he came of age, jobs were scarce in post-war Japan and he figured out the Yanks weren’t so bad after all. Somehow he got the opportunity to attend the University of Michigan, where he majored in art. He married in Japan and he and his wife immigrated to Toronto where he was an illustrator for the Canadian Broadcast System for nearly 40 years. Now retired and a widower with no children, his Japanese relatives have been urging him to return to Japan but he is reluctant to do so after so many years in Toronto, despite the cold winters that he said he really doesn’t like. “Maybe I return for 2020 Tokyo Olympics,” he said.