Cruising Ireland and Scotland on a Windstar yacht 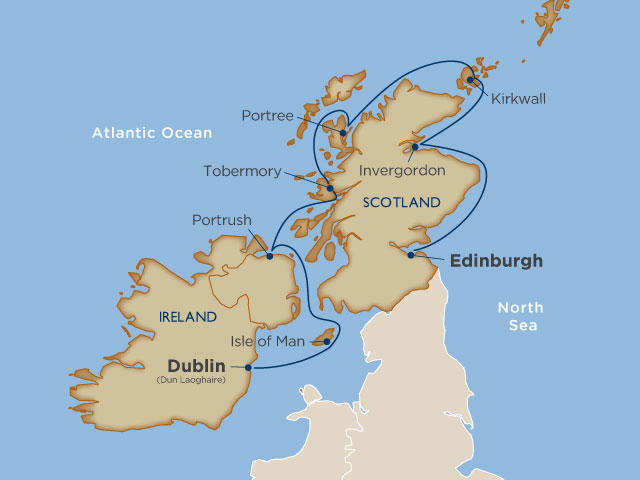 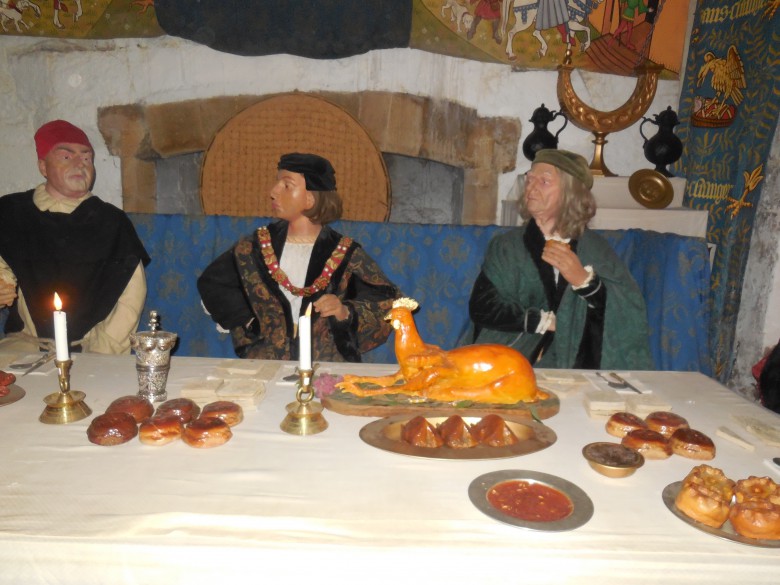 Depiction of the upper crust at Rushen Castle Isle of Man

ISLE OF MAN, UK (Day one of Windstar Cruise) — Are you upper crust?

The term, I learn today on the Isle of Man off the Coast of Britain at Castle Rushen, one of the best preserved medieval castles in comes from medieval times when you ate off of pieces of bread rather than plates. The more noble and important you were, the more bread you got—thus the term “Upper Crust.”

We are on an eight-day Gaelic Explorer Windstar Cruise on a yacht with just 212 passengers can go to smaller ports. Windstar, known for its sailing yachts, has added three more yachts from Seabourn—these without sails–that after a $12 million refurbishment have joined the fleet. The cruise, which departed from Dublin, will take us to ports in Ireland, Britian and Scotland before ending in Edinburgh.

“We wanted a more intimate experience than a big ship,” said Jeannette Albert, here with her husband and three kids aged 11-16 from the Central Valley of California.

Fifteen year old Alexandria seemed surprised there weren’t more kids her age on board—just a few cruising with grandparents. Windstar is not generally known for families. More, it has been a place to travel with grown kids or to getaway without the kids. The first time we cruised Windstar, in fact, all three of our kids were away in summer camp and programs and we grabbed the opportunity—the first in 10 years—to getaway on our own.

I’ve always liked that the ships are small and that you can go to smaller ports, that the staff makes an effort to greet you by name and that after a few days, you feel comfortable joining others at their table for a meal (there is no set seating.

“Our oldest wants to go off by himself and here I feel totally comfortable letting him,” said Jeannette Albert. “We thought we’d get to know the other guests and not have to pack and unpack. 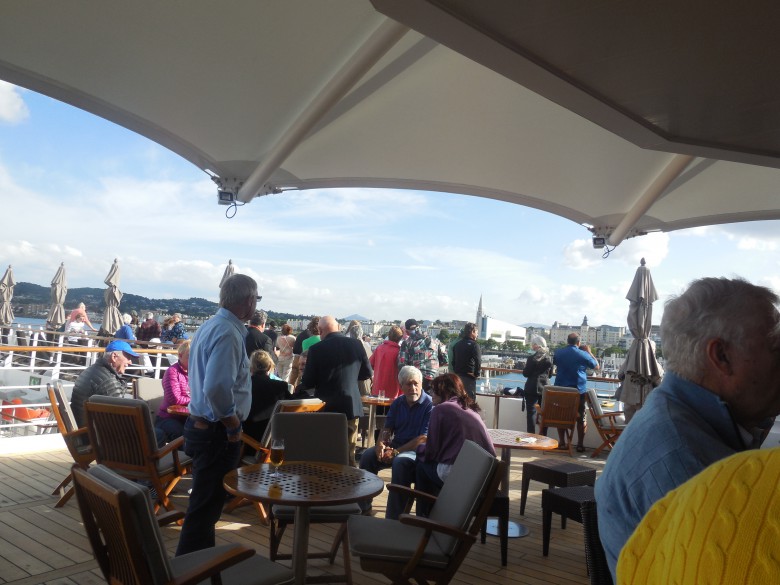 Lunch on deck as ship is about to depart Dublin

The cabins certainly are more spacious than on many big ships. Here we can also visit the Captain on the bridge, borrow a book or a movie from the library or just sit out on the deck as the ship leaves port.

Charlie Anderson, from a small South Dakota town, is loving every minute of his trip—his first outside the United States—a graduation present from grandparents Karen Clarkson and Doug Anderson.

Charlie doesn’t mind at all the lack of others his age, he’s having way too much fun. His grandparents, for their part, are excited to see his excitement.

The food is good too—think made to order noodle dish for lunch augmented by a bountiful salad bar with everything from cheeses to salami to veggies, and bread pudding for desert.

Last night, at Candles restaurant, where we could have sat outside had it been warmer, it was hard to choose between halibut, grilled pork chops or a filet. I especially loved the lobster Carpaccio for a starter and that the wine list is affordable.

A high point was the BBQ which is usually held on deck but was moved inside because of the blustery weather—a suckling pig, crab claws and lobster tails, shrimp, ribs and chicken, sliced flank steak and every variety of salads plus a giant paella.

On a ship this size, by the second or third day, you are starting to get to know people and feel comfortable joining them for dinner.

“It’s so easy,” said Marina Beirne, on her third Windstar cruise this year from Whitefish, Montana.

Mike Dworkin, here with his wife from San Francisco, has sailed Windstar three previous times—the first with their two teens to Tahiti. And though they were the only kids on board, “they had a blast,” he said.

Dworkin, like others here, have sailed larger ships and prefer the smaller ships with “up close personal service,” he explained.

The Alberts had never taken their kids to Europe—and were hoping for a stress free first trip. Windstar will do all they can to make it that way.