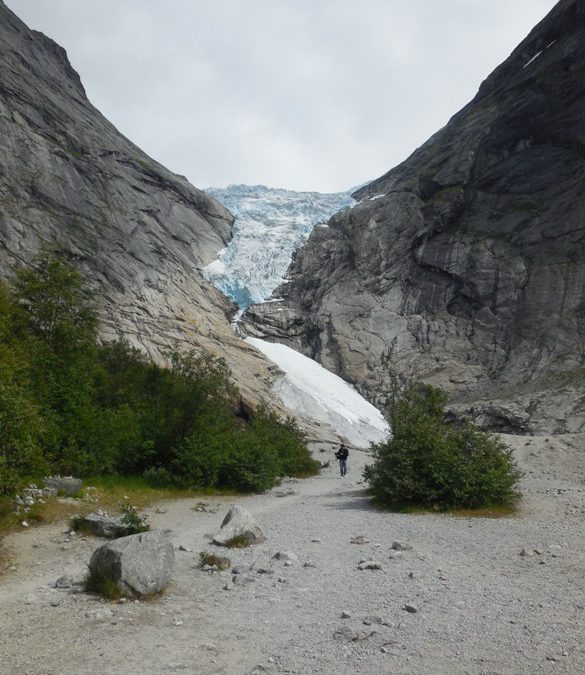 Of course you have to catch them first.  And drive two and a half hours on roads with hairpin turns, the fog so thick at times you can barely see in front of you.  Good thing I’m not driving!

We’re on an Adventures by Disney trip  to Norway and have driven from Geiranger, where we’re staying, to Kjennalstova where we go out on Loen Lake in the Loen Valley to pull in the trout from the nets.

It is beautiful—turquoise, though freezing, water. Waterfalls in the distance, Dark grey mountains. 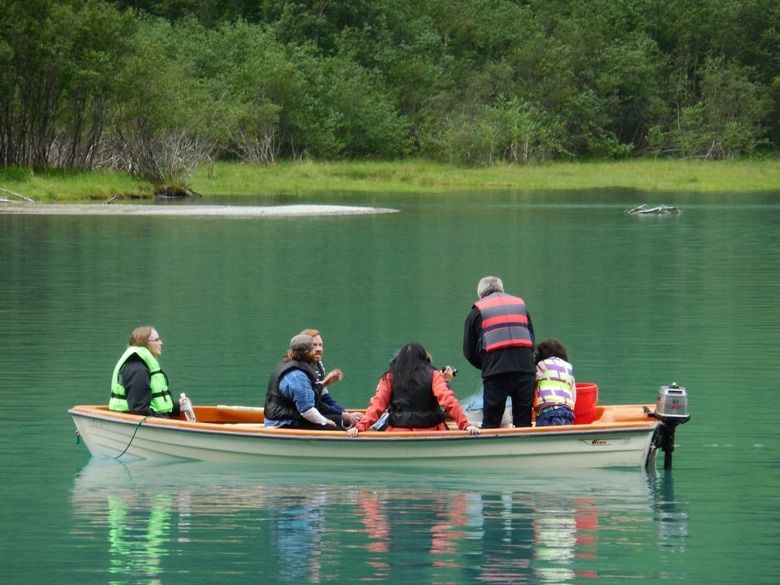 But it’s not really fishing—more like seeing how the fish we’ll eat for lunch are caught   But it all comes down to perspective.   Six year old Sara Sofia Guthmann was so excited by the fish she “caught” that she named each one.  Sixteen-year-old Amelia Brande liked that “you could choose to do whatever…. We fished a little bit and then took pictures.”

Her aunt Sheila Farley from Salt Lake City, a travel agent, said she couldn’t believe how many people had never touched a fish.

Some go out in rowboats; others in a canoe or kayak before we feast on the trout that was caught this morning before we arrived  at Kjenndalstova Café at the lake’s edge.

Briksdals glacier one of the 151 arms of the Jostedal Glacier

Then it’s back on the bus for another long drive to the Briksdals glacier, famous because it’s one of the 151 arms of the Jostedal Glacier that stretches for 150 miles.   At its thickest it is 1500 feet thick,  but sadly, it has receded significantly in the last five  years.

First we take a “troll car” – kind of a shuttle — up a road and then hike up another half mile or so to get close to the glacier.   It looks either like blue cotton candy, blue ice cream … use your imagination!  But it isn’t nearly as active as glaciers I’ve seen in Alaska—no huge pieces falling off into the water, no cracks and pops.

We get into 12 person rafts to get closer.  At other places, you can go trekking on the glacier.  Here people also climb up a steep trail for a better view.

Truth be told, I would have been happier to go on a hike or check out the glacier from shore.   We don’t paddle very far on the lake—just a few hundred feet.  And it required a lot of effort — getting suited up in boots, life jackets and helmets, carrying the rafts to the water and back up again — for little reward. 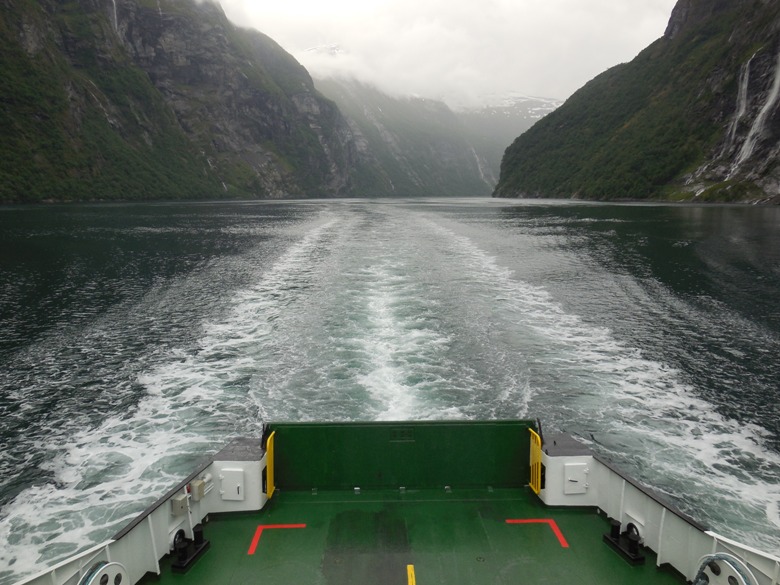 Ferry ride back to Geiranger

But the views are amazing everywhere we turn, even on the bus — rushing rivers, snow-capped mountains, the fjords. We take a ferry part of the way back to Geiranger and see the famous Seven Sisters waterfall with a “suitor” waterfall on the other side.

Even on what seems like interminable travel, I don’t want to nap because there is so much to  see at every turn.

Besides, who knows when a troll will pop out of the forest?