DAY FOUR — HOW MANY OLYMPIANS CAN YOU COUNT? 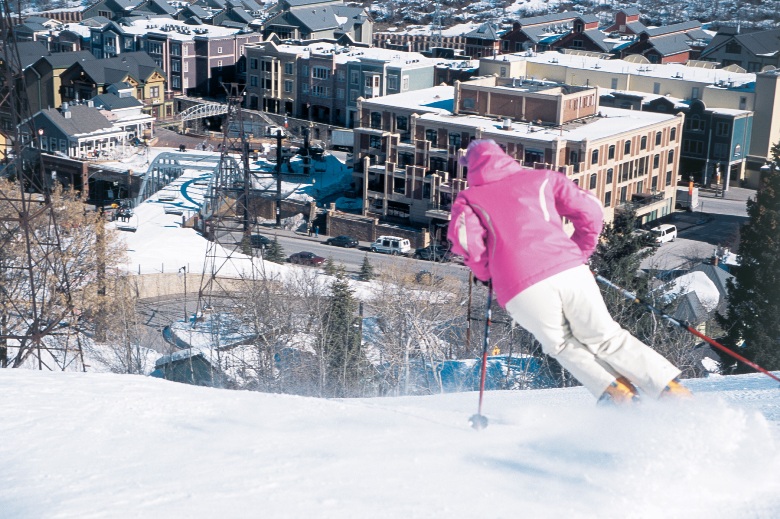 Eight-year-old Henry Silverman may be a little jaded—at least when it comes to Olympians, his mom Caroline admits.

You can’t really blame him since he’s growing up in Park City, Utah, a town that’s home to the U.S. Snowboarding Team and chock full of past and present Olympians. “We see Olympians every day,” she laughs.  Still, Henry and his buddies are awfully excited about getting to watch the final pre-Olympic competition for the U.S. Snowboarding Team after which the  Olympic team would be named with much fanfare.

“It’s so cool to see the excitement of the crowd,” she says, adding Henry and his pals are much more excited about watching Shaun White and the other athletes strut their stuff under the lights than about the naming of the Olympic team. “To be around all of the energy and the fun and the cool guy in the dark   is a really fun time and it’s free,” she said.

Her tip for visiting families: “Take the bus!” It’s free and very efficient. A car is a huge pain here!”

Chris and Michelle Daggett also expected to be lining the pipe with some of their five kids. “It’s great for kids to see the best athletes in the world,” says Chris Daggett, a US Airways pilot whose daughters are budding ski racers on the local team. “They really think it’s cool to watch.”

“It’s like a video game for real,” agrees Arthur Mayo, another local excited about watching the competition with his two young sons. “These guys are flying 30 feet in the air!”

“It is neat to be part of the team coming together,” agreed Hallie Simonton, whose three kids are huge Shaun White fans.

His gang, like the Daggets, is fans of Park City Mountain Resort (www.parkcitymountain.com). Because the mountain offers terrain for everyone and kids six and under ski free.

Their tip for visiting families: Prime Steak House where there is a great children’s menu and a room where families can eat.

Locals also say one of the best parts of Park City is that it is such a kid friendly place.  “A great place to visit,” adds Memphis, TN Grandma Becky Ehrlicher who is visiting her children and grandchildren here. “Anywhere we go, the kids can go and I like that!”