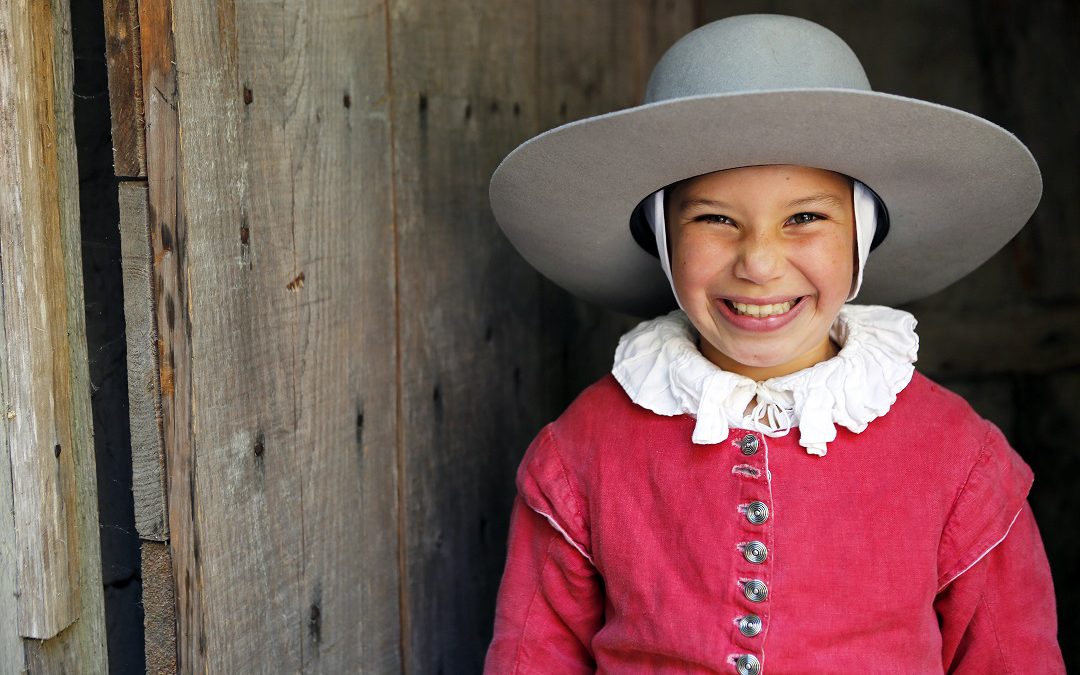 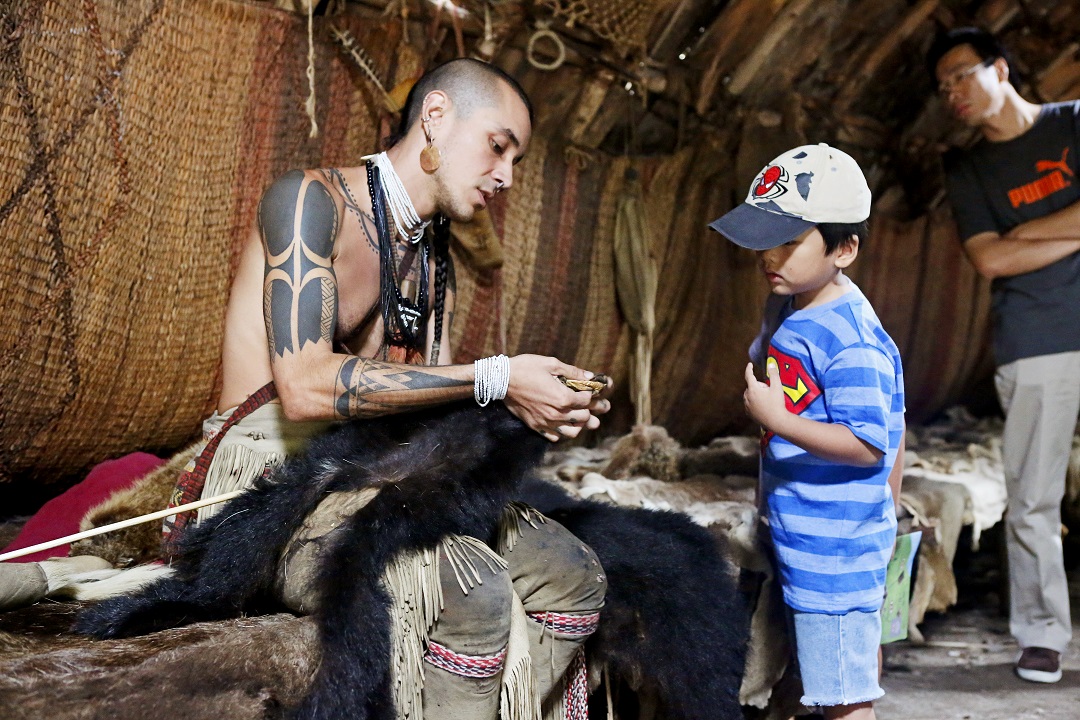 There wasn’t any pie, pumpkin or otherwise.

No cranberry sauce or potatoes either. Nor was turkey the center of the feast.

More likely, culinary historians report, that first Thanksgiving in the fall of 1621, the Pilgrims and Native Americans from the Wampanoag tribe feasted on venison, shellfish, and while there might have been wild turkey, there were just as likely swans, ducks and geese.

If you think you are in a food coma after one Thanksgiving meal, remind the kids that the first Thanksgiving feast lasted three days, as Native American families and Pilgrims who’d survived their first harsh winter came together to celebrate a successful harvest, thanks in large part to the Wampanoag.

NOTE: AAA projects 50.9 million Americans will journey 50 miles or more away from home this Thanksgiving—1.6 million more than last year and  more than any traveling over the holiday weekend any time since 2005.

A visit to Plimouth Plantation in Massachusetts, of course, is a great way to debunk Thanksgiving myths as you explore a recreation of the Mayflower, Plimouth Plantation circa 1627 (chosen because it is well documented in historical sources) and the Wampanoag home site (Wampanoag means “Eastern People,” or “People of the First Light.”)

The kids might know the story of Squanto (his birth name was Tisquantum and he is also referred to as Squantum) who had been kidnapped by the English, sent to England and taught English so that he could serve as an interpreter and guide, Later, he would serve as an indispensable interpreter and adviser to the Mayflower settlers, teaching them to plant and fertilize native crops. 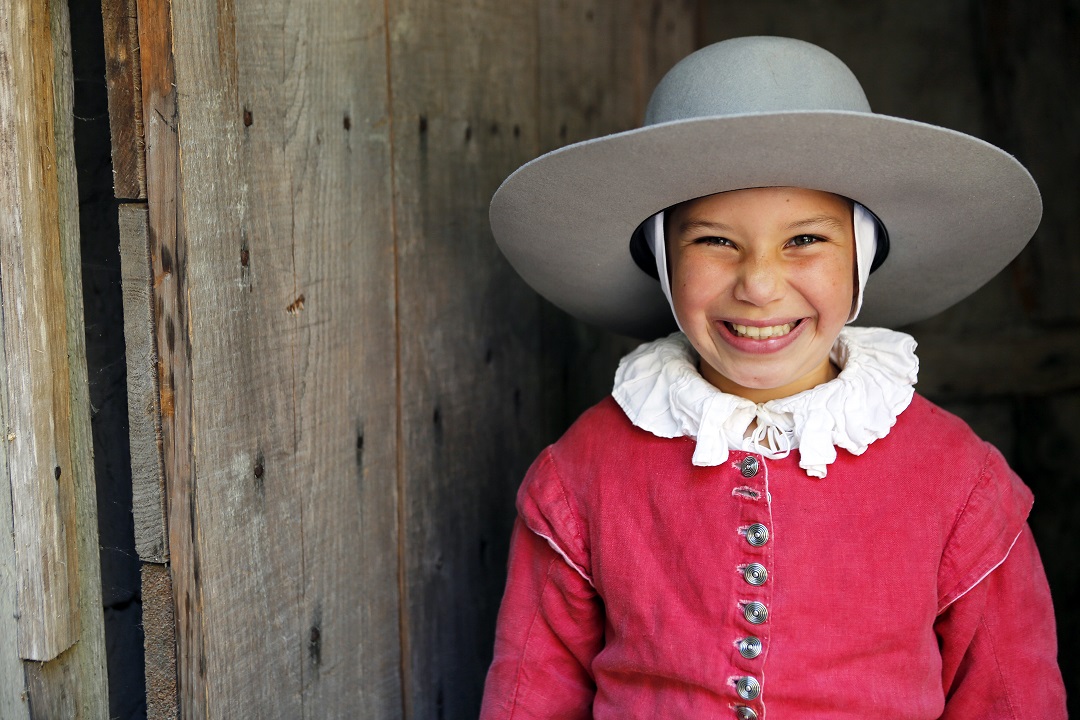 In 17th-century Plimouth, children, whether they were Wampanoag or settlers, worked alongside their parents

The children, of course, whether they were Wampanoag or settlers, worked alongside their parents. Ask your kids what it must have been like for them to arrive to such an unfamiliar place where those kids already there spoke a different language, ate different food, played different games and dressed differently. Consider the parallels to those in your family, or those families you know in your community, that immigrated from far away.

There was no pie at that first feast, by the way, because there was no butter or flour for crusts or sugar for the filling (likely the same reason the settlers wouldn’t have made cranberry sauce from the tart berries). Potatoes hadn’t made their way here yet.

I figure as we all sit down to a modern Thanksgiving feast, we should also debunk some modern myths that invariably threaten to derail celebrations no matter how carefully planned:

— Relatives will tell you what a wonderful job you have done raising such well-behaved children. They won’t. More likely someone will be critical that they won’t stop fidgeting at the table, dress properly, eat meat … the list goes on. All you can do is turn the other cheek — and hopefully, laugh about it later.

— The kids won’t fight over each other’s toys. They will. It certainly can help whether you are a guest or a host to advise the kids to put away (or leave at home) toys they don’t want to share. Have a new game or two on hand that everyone can play together — maybe even grown-ups.

— No one will spill anything red. They will, invariably on the new couch or white rug. Have club soda on hand to blot out the spots. There is nothing wrong with setting ground rules in advance where guests should drink their red wine or cranberry juice.

— Everyone will volunteer to bring a scrumptious dish. If you don’t want to end up with four store-bought pies, delegate responsibility for different courses, And if you are a guest who has a traditional Thanksgiving dish you want to share, make sure to tell your hosts in advance so there aren’t a lot of duplicates. And you can’t get insulted if it isn’t the most popular.

— No one will start a political argument. These days, political disagreements can get vicious. If one starts, end it immediately before anyone comes to blows or storms out of the house. And make sure everyone knows that politics — like discussing parenting styles, religion, lifestyle choices, sexual orientation or job prospects — are off limits. Otherwise, stay at home.

— No one will be delayed. Of course, they will. It’s the busiest travel weekend of the year, after all. If you are host, expect some guests to arrive late. And if you are the guest and you can, build in extra “just in case” time — in case there is traffic, in case it takes you a long time to park at the airport and get through security — so long that you miss your flight. Most important, relax. Getting upset, whether you are awaiting tardy guests or stuck at an airport won’t help the situation. However, a drink might…

— The kids will happily eat everything they are served and compliment the chef. That never happens. One kid has just become a vegetarian; another gluten-free. One won’t touch anything green while another subsists on only white food. If there are picky eaters in the bunch — and we’re not only talking preschoolers here — make sure your host is aware and won’t take offense. Offer to bring a dish your child will eat. If you’re hosting, defuse the situation by checking in advance if there are food issues. Most important, don’t take offense if the kids turn up their noses at your artfully crafted gourmet dishes, though they might always surprise you.

— The guys will happily volunteer for dish duty, rather than playing touch football outside or settling in to watch afternoon sports on the big-screen TV. You are so lucky if that were to happen. Remind the kids and teens who are old enough that it will be their job to clear the table and do the dishes, perhaps there is an extra treat for them afterward? If your feast doesn’t include kids, remind everyone during cocktails that cleanup is a group effort.

But first, another piece of pie!