Discovering a hidden gem off the tourist track 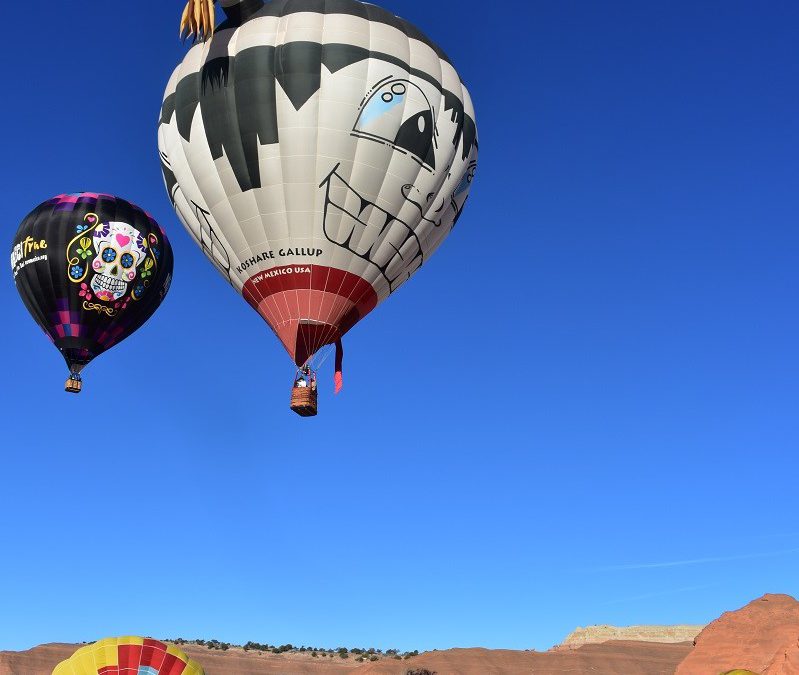 Take your pick of earrings, necklaces, bracelets, handwoven rugs and baskets — entire roomfuls that are handmade by Native American artisans. Of course, you can shop till you drop anytime! 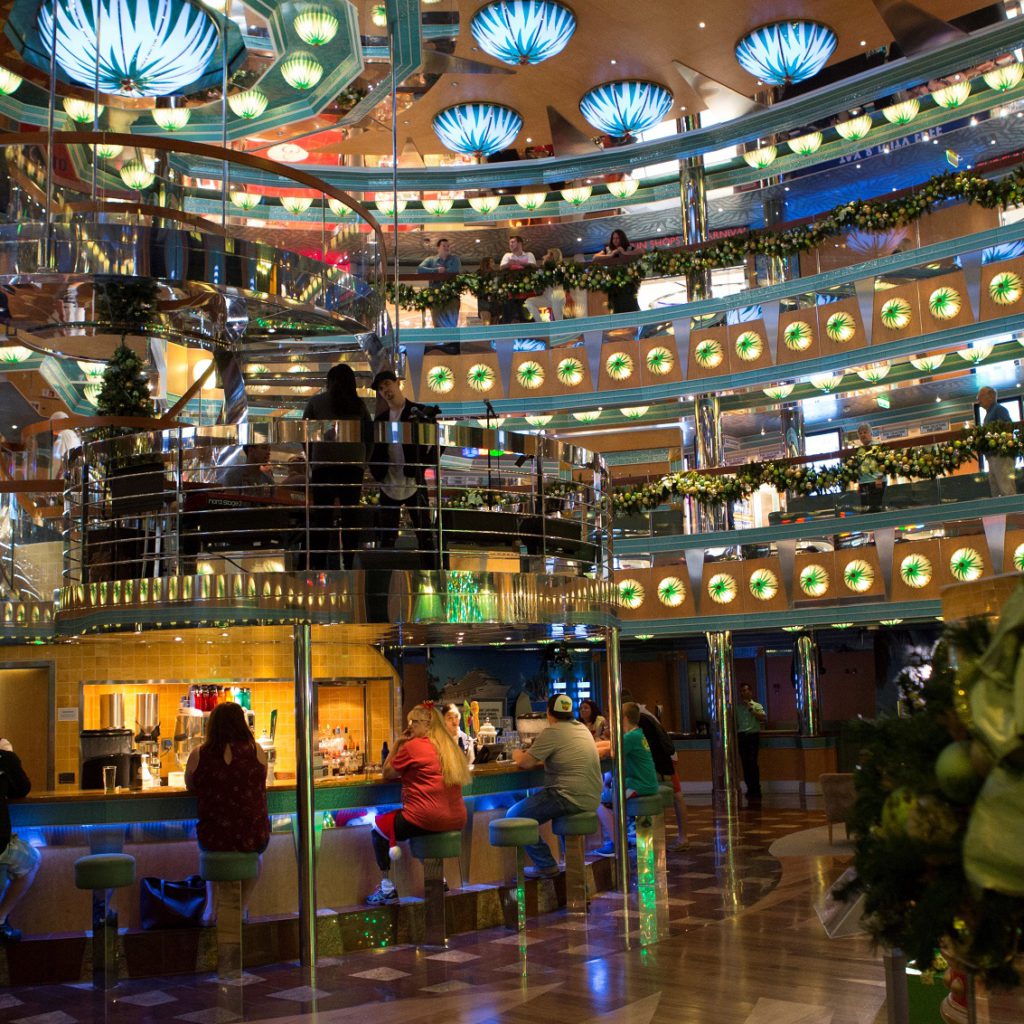 Carnival’s ships are all decked out for the holidays

Welcome to the Perry Null Trading Company in Gallup, New Mexico, one of the largest trading companies (there are about 30) and galleries in this small city of 22,000. The Ellis Tander Trading Company, in fact, just exhibited some of its jewelry at the Metropolitan Museum of Art, said Emerald Tanner, the fifth generation in the business.

“People don’t realize that most of the Native American arts in the world come from within 150 miles of Gallup,” said Perry Null, himself in business for nearly 50 years. “This is where the artists all live and work.” In fact, Gallup is in the heart of Native American lands, including Navajo, Zuni, Hopi and other tribes.

But as wonderful as these cities are they should be just a starting point for a visit to New Mexico. There are 19 pueblos, each with its own government, but sharing a common culture; national parks and monuments, including Carlsbad Caverns, Bandelier National Monument and White Sands National Monument in southern New Mexico where you can literally sled down huge sand dunes. There’s also Route 66 and all the food made with green and red chilies you can eat.

Gallup, about a three-hour drive west from Albuquerque on Route 66 is a case in point I discovered when I co-chaired the TMS Family Travel Conference here just before Thanksgiving. All of the attendees got a quick lesson in how much fun, affordable (hotel rooms here are well under $100 a night) and educational getting off the tourist track can be. 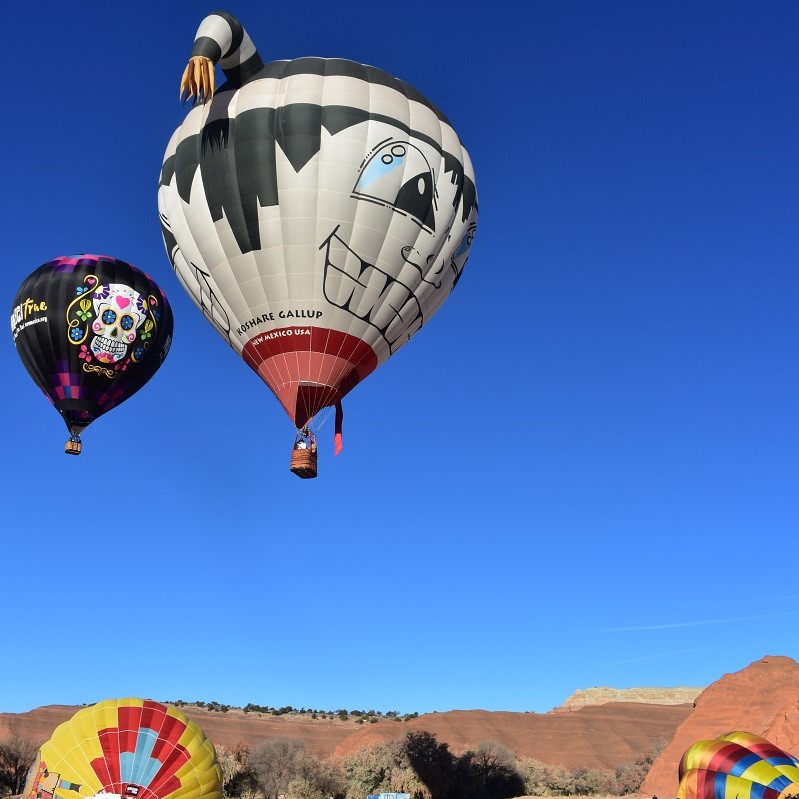 Looking for adventure? Try hot-air ballooning as we did, with a dawn ride over Red Rock Park where, yes, the red stone cliffs are a distinctive dark pink color. Gallup just held its Red Rock Balloon Rally the first weekend in December. It’s the second largest in the world with more than 200 balloons. This rally, however, is far less expensive and not as crowded as the one in Albuquerque. (Tip: If you come next year, volunteer to help on a balloon crew. There’s a good chance you will get a free ride!) We were also treated to an evening “balloon glow” where the balloons light up the dark sky.

Mountain bike or hike somewhere on the High Desert Trail system. We took our pooch (Gallup is very dog-friendly) on an early morning hike up the Pyramid Rock Trail in Red Rock Park. The views of the cliffs were terrific.

Just be mindful of the altitude — Gallup is nearly 6,500 feet above sea level. So you need to drink plenty of water, slather on sunscreen and kick back, if you get a headache or find yourself short of breath.

Love cowboys? Once you’ve gotten your cowboy hats and boots — maybe even some moccasins made at the City Electric Shoe Shop — head to a rodeo at Red Rock Park. From early spring into the fall, rodeos occur on most weekends at various venues around the area. During the summer, Red Rock Park hosts several of the largest events.

Curious about Native American culture? There are free Nightly Summer Indian Dances at the courthouse square in Gallup all summer long. And the Gallup Inter-Tribal Indian Ceremonial is held the first week in August, as it has been for nearly a century. There’s a rodeo, ceremonial arts exhibits, night performances, a powwow with singing and dancing and including all ages. 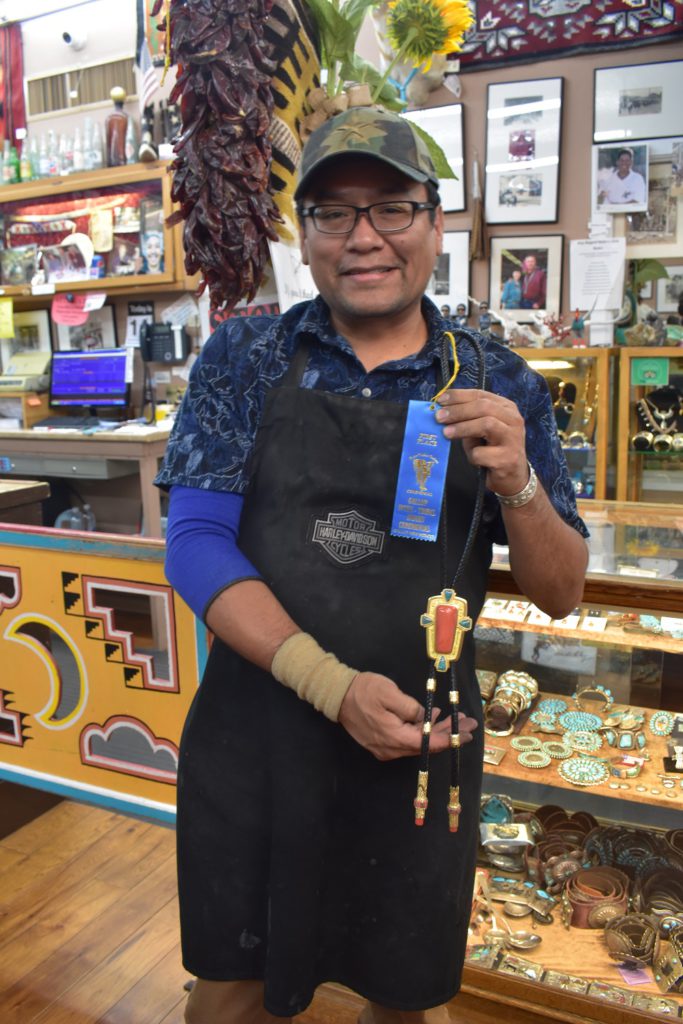 Like street art? Local artists have created Gallup’s story through a series of murals on downtown buildings.

Love old Hollywood westerns? You will want to stay at the 96-room El Rancho Hotel on Route 66 where rooms are named for the movie stars who stayed in them while filming nearby — everyone from Ronald Reagan to Jack Benny and Humphrey Bogart. The hotel is about to undergo a big renovation but Treena Carney, the hotel’s general manager, promises not only will the historic ambiance remain, but prices will stay $100, or less. The hotel is a good bet for dinner where dishes are named after long-gone movie stars, and there are plenty of Southwest favorites all dished up with either red or green chilies, called “Christmas style.”

Do your homework before you come, suggests Perry Null, so you are familiar with the different styles of Navajo, Hopi and Zuni artists, among others. You might be able to take a deeper dive by visiting an artist at his or her home or studio. They love showing their art to kids.

Learn the difference between sterling silver and nickel silver with sterling plating (the heavier the piece, the more likely it is sterling), and ask if the turquoise is natural or treated. (Natural is the most coveted and expensive.)

For fun, check out the Gallup 9th Street Flea Market on Saturdays. It’s one of the largest in the West and offers everything from freshly baked Navajo bread and freshly made tamales to antique jewelry tires and T-shirts.

Null had everything from earrings that were less than $10 to an 18K gold and turquoise bolo tie by artist Darryl Dean Begay, which cost more than $72,000. There are buffalo robes, deerskins, saddles and concho belts, which locals pay to have kept here for safekeeping. It’s a little like a pawn shop, Gallup style.

Null looked around the huge room where saddles were stacked floor to ceiling to be retrieved by their owners for rodeos and other festivities. “We have to keep them safe,” he said. “They are priceless to the owners.”