Discovering the family and foodie side of Sonoma County CA 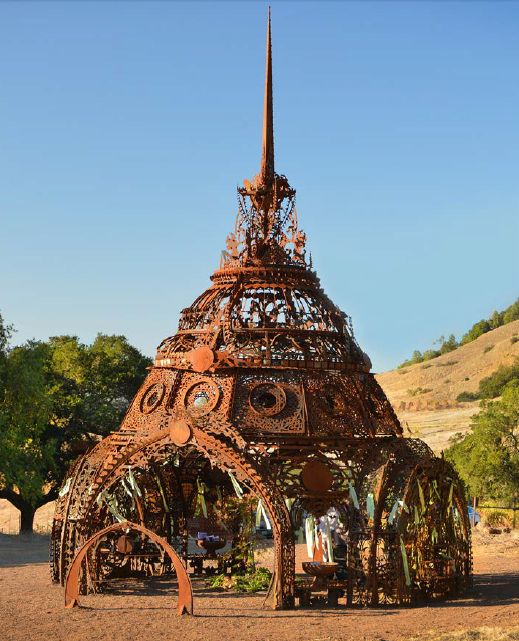 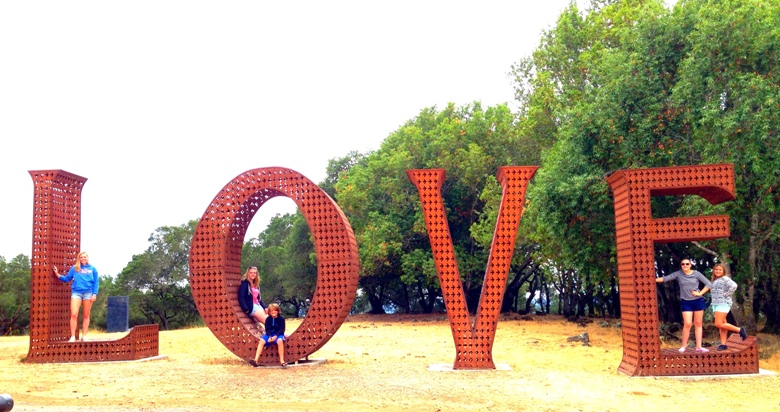 SONOMA COUNTY, CA, (Day one of seven) — What a combination!

Let’s not forget 40 spas to choose from.

I figured Sonoma County was the perfect place for a getaway with my grown daughter Regina, a San Francisco teacher. After all, it is just an hour from San Francisco, twice the size of Napa and there are more than 40 wineries, all within 17 miles and more than 400 wineries in 16 different growing regions. Check out the Wine Road in Northern Sonoma County. Sonoma Valley is actually where California’s wine industry began.

It also is home to more than 50 state and regional parks offering everything from hiking and biking trails to horseback riding. Let’s not forget all the options of where to stay—quaint Bed and Breakfasts to the spectacular setting overlooking the ocean on a waterfront bluff at the Bodega Bay Lodge, to luxury resorts like the Fairmont Sonoma Mission Inn & Spa with its Michelin-starred restaurant and pools fed by mineral waters.

I especially liked that there were small wineries to visit—each of the vintners with a story to tell. 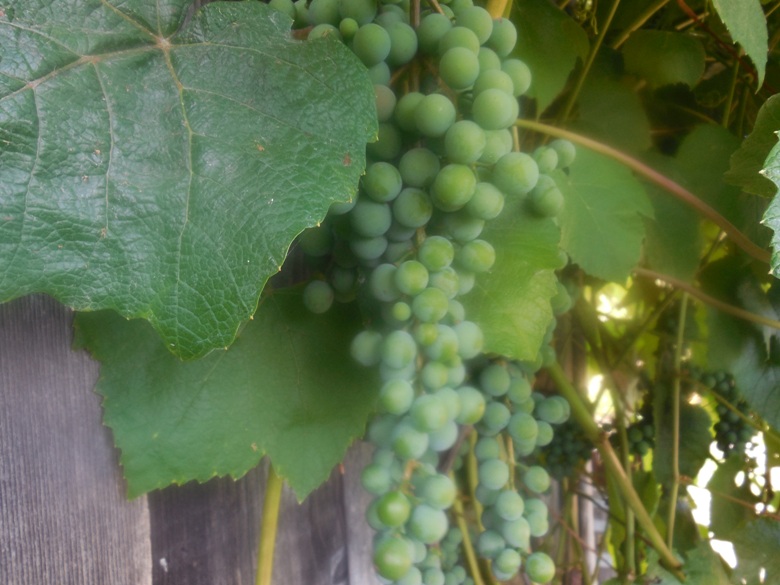 Grapes on the vine

Sometimes a winery will start simply as a place for the kids to play. That’s what Walter and Marijke Byck were looking for. Byck was a Santa Rosa doctor and the father of five kids when he came home and told his family he had seen paradise overlooking the Russian River Valley. That was 36 years ago. There were 156 acres of land and 15 acres of vineyards. All five of the Byck kids eventually were married here.

At first, they planted more grapes and sold to other winemakers; then they started making wine, said Rene Byck, who oversees the winery along with his sister Sonia Byck Barwick and her husband, winemaker Dan Warwick.

It is spectacularly beautiful with a tasting room up on a hill, looking down on rows of neatly planted grapes. The Russian River Valley is in the heart of Sonoma County, just 55 miles from the Golden Gate Bridge.

But this is much more than a winery and vineyard. This year, the Paradise Ridge Winery, now run by the next generation of Bycks, is celebrating its 20th anniversary. There is a public sculpture garden—this year showcasing 20@20 – celebrating two decades of winegrowing at Paradise Ridge Russian River Valley Estate and the Byck Family commitment to world-class sculpture, artists and community. For the past few years, providing public art has been a partnership with the Voigt Family Sculpture Foundation.

The huge sculptures are in Marijke’s Grove, a four acre grove of Oaks celebrating Marijke Byck’s life. She died in a car accident. Walter Byck had proposed to his wife in a sculpture garden in Europe and the family remains committed to sharing art with the public.

A great place for kids to run around, suggests Byck, a father of three young children himself.

Visitors are encouraged to picnic for free or take a stroll through the vineyard—even with their pooch. “You don’t even have to do a tasting,” he says. Look up and check out the birds (Red-Tailed Hawks, Ospreys.)

Visit the Wine Herb Garden featuring all of the flavors you will find in the wine. Come on Wednesday nights for sunsets, music from local entertainers and gourmet food trucks.   Come other nights for “wine and sunset.”

There’s an exhibit dedicated to Kanaye Nagaasawa, who in the 19th Century was one of the first Japanese in the United States who settled in Santa Rosaas the head of a utopian community. He was the first Californian, we learn, to introduce California wines to England, Europe and Japan.

“Even if you don’t drink wine, you can come and have a good experience here,” says Byck, as he showed us through the exhibit.

Of course there’s plenty of ways to enjoy wine here too, starting with the Wine and Artisan Cheese Pairing. (Think Zinfandel paired with Point Reyes Blue, Fig Preserves; the Brides Blush Rose paired with Point Reyes Toma cow milk cheese infused onion and a rosemary cashew.) Local food and cheese “is such a big part of what Sonoma stands for,” Byck explained.

Families are lining up for the pizza and wine pairing offered several days a week too. With Rosso pizza from Santa Rosa (think different quarters of the pizza with different wines), it’s called “Pizza in Paradise.”

Not for profit groups are invited to use an area for fund raisers at no charge. 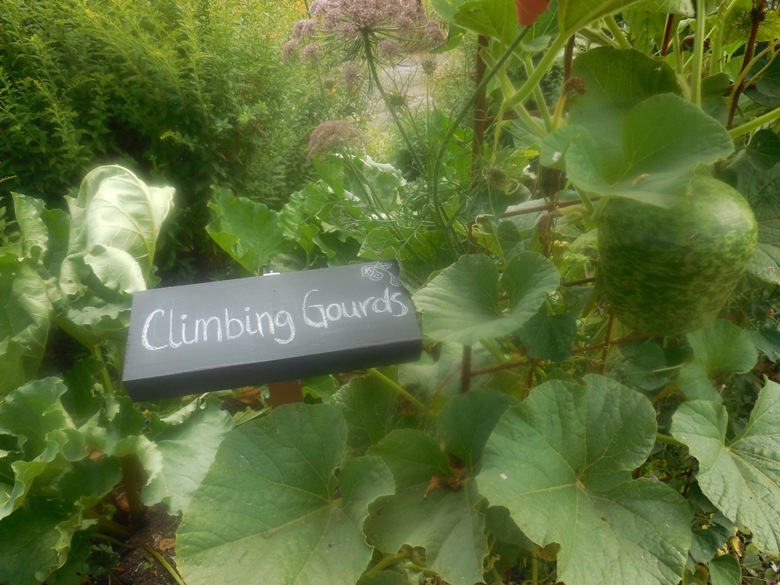 We stroll through the sculpture garden, stopping to try some of the interactive pieces like the 18-foot-tall Tripod with Bells by Kris Perry and the 10-foot-high “Now” by Randy Colosky which is engineered from ceramic blocks and paint and enables you to see through it, depending on your angle.

There are permanent pieces in the sculpture garden—a favorite with brides and grooms is the giant metal LOVE with tiny doves in the metal. There is a Temple of Remembrance where people leave their thoughts of someone who died on long colorful strips. “I wish I could have said goodbye,” one read. “You should have been alive to come home,” said another. The memory strips will be burned at a celebration in the fall “and then we’ll start again,” said Byck.

“There is a little bit of everything here for everyone,” he says.

That’s what other vintners hope too. Earlier, we visited the family-owned Lynmar Estate in Sebastopol. The Garden is beautiful here complete with a small area for kids to play. It’s planted with edible flowers, squash, berries basil—all of which is used by the chef. Linn and Anisya Fritz have been at this idyllic spot since 1980 and are small producers – 10,000 to 12,000 cases a year.

There are picnic pairings, (think organic popcorn, summer harvest salad and a gourmet sandwich) or the increasingly popular cheese pairings.

“We want people to have a full experience here. Wine and food,” said Anisya Fritz, mom of a seven year old. “The intimacy resonates.” There is an amazing guest cottage they rent as a retreat.

“We want a visit here to promote coming together of wine and people.. dogs, and kids..We want it to be a full experience that takes every one of your senses.”

Our last stop of the day was at Deerfield Ranch Winery in the tiny town of Kenwood. Robert Rex developed sulfite-free wines because his wife PJ is very sensitive to them and prone to wine headaches, she explained.

Deerfield now is leading the way in the development of Clean Wine. “It’s not just people who have allergies,” said PJ Rex. “It’s people who want to drink wine and be able to go to work the next day!”

The couple originally met as students at Berkeley and has been making wine here for 32 years. Robert Rex, who trained as a chemist, is known for his extraordinary blends.

The winery was named for the deer that live on the ranch—the first land the couple bought a short walk from where the winery is and where they now live. PJ proudly shows off her large garden that she says helps to feed the winery staff.

This couple, like many winemakers, works with other growers in Sonoma County who provide grapes.

She’s glad a lot more people are finding their way to Sonoma County which has much more of a “farmer’s feel,” she believes, than neighboring Napa.

“It started with an overflow from Napa,” PJ Rex said, but today people are coming for the wine the ocean, the Redwoods and all of the farm to table food. “Our focus has always been local,” she laughed. “Now it’s just IN.”