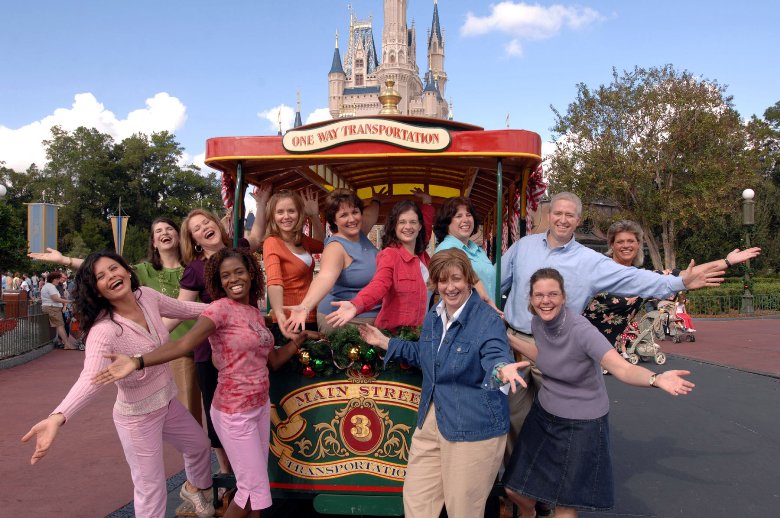 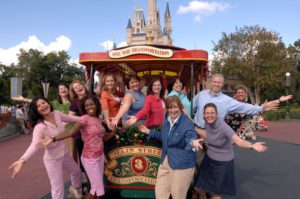 Mention that you’re thinking of taking the kids to Orlando — especially if you’re first timers — and you’ll hear how your mother-in-law’s sister’s cousin scored discount tickets to Walt Disney World. Your son’s first-grade teacher will fill you in on which character breakfasts her sister-in-law’s aunt raved about (never mind that you know your preschooler will be terrified of the giant fuzzy creatures.)

Then there are the Websites — www.orlandoinfo.com (great for discounts like the Magicard that can be downloaded for savings on everything from hotels to attractions), www.disboards.com and www.passporters.com with all varieties of online forums and discussions, or for the latest deals www.mousesavers.com . And let’s not forget the official www.disneyworld.com (order a free planning DVD).

So where do you start? There’s so much information, so much to see (Walt Disney World covers 40 square miles, about the size of two Manhattans!), so many people (more than 34 million vacationers a year to Orlando) and the temptation to spend way more than you planned. (Why shouldn’t your preschooler bring home a Minnie Mouse that’s bigger than she is?)

The folks at Walt Disney World feel your pain — and your frustration. That’s why they launched a contest that seeks candidates for the first ever Disney World Moms Panel (Dads weren’t excluded, it’s just that moms typically are the family vacation planners.) “The goal was to establish a forum for vacation planners where they can get insights from parents just like them on what might be considered vacation challenges, as well as insider tips,” explained WDW spokesman Michelle Baumann.

The prize: A free Walt Disney World vacation for the family. There were 10,000 entries – in a week. Disney officials ultimately chose 12 members for the panel (including one dad) and come January you will be able to pick their brains at www.disneyworldmoms.com .

They’re a pretty varied group: A middle-school librarian with three kids from Omaha who has been to WDW so many times she’s lost count; a stay-at-home Pennsylvania mom with a 7 year old who has been hooked on the Mouse since her grandparents gave her the keys to the Magic Kingdom when she was 11; the only dad on the panel, a partner in a suburban Chicago consulting firm with three kids; a home-schooling mom from Kentucky, a freelance writer from Arizona. In short, the group looks a lot like those families you see every day pushing strollers and following tweens down Main Street, USA at the Magic Kingdom.

They re-use water bottles to save money, visit when the park is less crowded (January and fall are particularly good times, with plenty of bargain hotel rates), budget carefully to get the most bang for their buck. Panel member Heather Roberts-Naul, a mom of three from Kentucky, says all-you-can-eat character meals give you a lot of bang for your buck not only for the food but also for the characters (Call 407 W-Disney). “The personal interaction with the kids and grown-ups without waiting in line is priceless,” she says. Just make sure you choose the one that features the characters your kids most want to see.

Laura Spencer, who is from Massachusetts and has been to WDW more than 30 times, adds that it’s also important to research exactly what kind of entry tickets you will need. Don’t buy more days than you think you’ll use or add-ons like water parks that you won’t have time for, she says.

Kara Bacon, the middle-school librarian from Omaha, says old-fashioned games like I-Spy have “saved us over and over again,” while waiting in line. Play I Spy for the Hidden Mickeys that are everywhere in the parks.

But no matter what anyone tells you, there’s really no one right way to “Do Disney”. The only real mistake you can make is to overload the schedule to the point where you and the kids are exhausted and cranky. No matter how long you spend in the park each day, you can’t see it all — not with new attractions and shows constantly being added. Figure out your absolute “must dos” for everyone in your group and try your best to fit those things into your plans,” says Bret Caldwell, the lone dad on the Moms Panel and father of two young daughters and a son.

“Slow down, notice the details and soak up the magic,” agrees Kimberly LaPaglia, the member of the panel from Annville, Pa., and the mom of a 7 year old. Best tip for first-timers: Check out maps of the parks before arriving in Orlando so you can appreciate the sheer size of the place. “And bring comfortable shoes!” That means insist the kids wear sneakers, not flip-flops.

Caldwell adds that like any vacation with the kids, be prepared at Walt Disney World to shift gears. That means forgoing a ride if you get to the front of the line and your kids decide it’s too scary or eating when you are hungry, though it’s too early for lunch. “Course corrections are often needed,” Caldwell says. “Even the best planners will encounter unexpected opportunities and or hiccups along the way. You may be surprised to find that one of these adjustments turns into a magic moment and the best memory of your trip.”