Do you exercise on vacation? Think about it in a new light… 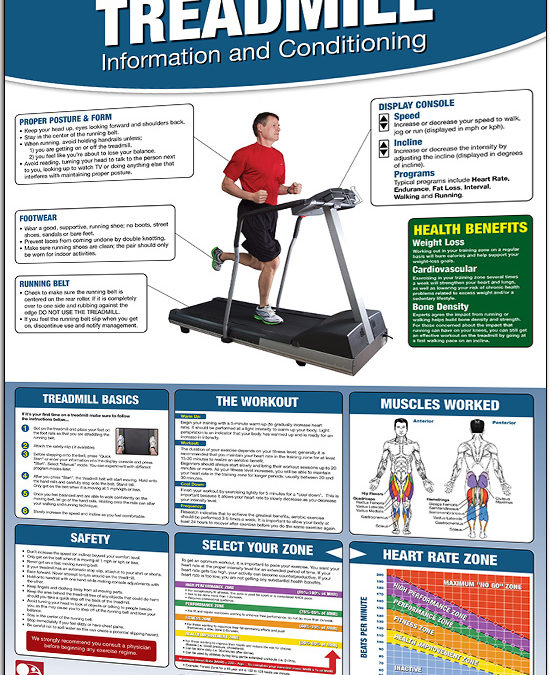 You or someone you are traveling with gets hurt or dies on vacation.  Even worse is when the injury occurs while you are trying to keep yourself healthy by exercising.

How many times have you been the only one at a hotel gym? How long would it take for someone to find you if you suffered a debilitating injury?  What about your teen athlete using the unfamiliar equipment?

“People are trying to stay healthy and think exercise on vacation is a good thing…you have to realize you are operating a machine and if you get distracted, you can really injure yourself,” said Dr. Monica Vavilala, the director of the Harborview Injury Prevention and Research Center at the University of Washington and the lead author on a study that looked at exercise machine related injuries. Treadmills, the study reported, accounted for 66 per cent of injuries that sent people to the emergency room.

Last week, well-known Silicon Valley entrepreneur Dave Goldberg, 47, the husband of Facebook Chief Operating Officer Sheryl Sandberg, died while on vacation in Mexico after a freak treadmill accident. Goldberg appeared to have fallen and hit his head, Mexican authorities said.  After he was found, he was taken to a hospital where he died of head trauma and blood loss.

The couple were staying with friends and family at a posh villa in the gated community of Punta Mita, north of Puerto Vallarta,  that is also home to the St. Regis and Four Seasons Resorts.   Even in a  dream vacation spot,  you’re not immune from such accidents, Dr. Vavilala said, adding that should you get injured abroad, remote locations “may make sophisticated care problematic “

That Goldberg died from a treadmill accident is rare—there were 30 deaths associated with treadmills from 2003 to 20102, about three a year, according to the US Consumer Product Safety Commission.

Kids are also at great risk, said Dr. Janessa Graves, a Washington State University Nursing Professor who was also part of the team that studied exercise machine related injuries. In fact, said Dr. Graves, “Kids are at much greater risk.” They end up in the ER 2.5 times more often from exercise machine injuries than adults, she said.

How: Parents get distracted. Kids get on a running machine and fall or get hand lacerations. “Don’t bring your kids with you to the hotel gym,” she cautioned. If you are at a rental home—like Sandberg and Goldberg– “Don’t use exercise machines around your kids… Kids and (exercise equipment) do not make for a happy outcome.”

Also consider that at a vacation destination, you are using unfamiliar equipment and don’t know how well it has been maintained. Yet you are the one taking all the risk, said Charles Martin Arnold, a New York personal injury attorney who is an expert on insurance law.  Under the law, any time you are involved in an activity that involves exercise, you are assuming the risk, he explained. The only difference might be if you can prove there was a defect in the equipment. And even if that was the case, it would be a tough case to win, he said.  “If something happens to you using exercise equipment, most likely it’s going to be your responsibility,” Martin said. “You have to be aware of your surroundings.”

Some travel insurance policies will cover injuries when exercising. Consumers should purchase a policy that offers trip cancellation and trip interruption benefits in case of injury, as well as emergency medical/dental coverage and emergency medical transportation while traveling. A spokesperson for Allianz Travel Insurance said many travel insurance products exclude coverage for injuries sustained while participating in competitive sports and extreme sports, but will cover injuries sustained while exercising. Check with your provider if exercise figures in your vacation plan.

But remember many hotel gyms aren’t staffed nor can you be certain of the quality of the equipment. Ask how the machines are maintained. Is there a safety feature that turns a treadmill off if you fall? Most hotel groups I called didn’t want to comment. Some said standards and protocols vary from property to property. Maybe one fitness center is staffed part of the day while another is entirely self service.

But that made me wonder about what would happen if someone choosing to work out at an odd time got injured. All the more reason to exercise with a buddy or have someone check up on you periodically, suggested Dr. Vavilala, adding no matter what your workout routine at home, it’s smarter to hit the gym when there are others exercising.

Just as important, don’t let yourself get distracted. “Don’t read your texts or answer emails while you are exercising,” she said.

If you are going for a run in unfamiliar climes, carry your phone and make sure someone knows your route should you become incapacitated.

I know no one wants to think of such things on vacation but as Goldberg’s accident showed all of us, we have to.