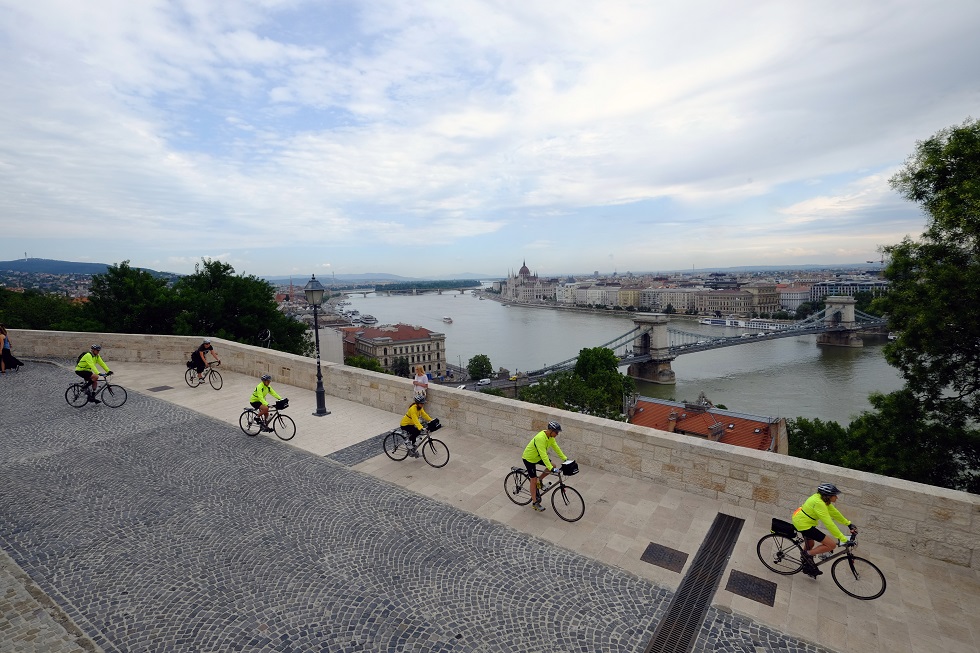 If you think embarrassing your kids ends at middle school, think again.

My youngest daughter, 26, was in a state of high anxiety before we met her longtime boyfriend’s dad and stepmom.

Her older sister, 31, seems convinced I’ll somehow embarrass her (perhaps by not being able to keep up) on our upcoming biking river cruise along the Danube—a partnership with Backroads and AmaWaterways.

Though my daughter and son-in-law are a tad old for this designated “Breakaway” Backroads trip—designed for older teens and twenty-somethings—I was glad they wanted to come along. (They are avid bikers in San Francisco, typically biking to work.) These trips, a Backroads spokesman told me, began with just a few departures a few years ago and “have really taken off…We have a lot of guests with older kids who don’t necessarily want to do family trips because they don’t need special kids’ activities but they don’t want to be in a group where everyone else is 50-70 either,” she explained.

This comes at the time when more college students and Millennials like my daughter and son in law are continuing to travel with their parents (I met several of them on a trip to Antarctica last Christmas). In many cases, families tell me, vacation is the only time they see their grown children—that’s true in our case as we live on one coast, they on the other.

At the same time, river cruise companies like AmaWaterways are looking for ways to attract younger travelers and are responding to guests’ desires for more active excursions.  Aboard the AmaStella, for example, for all of the passengers there is an enhanced line up of biking and hiking tours (shore excursions are included on river cruises). “We’ve have seen steadily increasing demand from passengers for more active excursions,” said Kristin Karst, AmaWaterways’ executive vice president and co-owner.

AmaWaterways was the first to carry a fleet of complimentary bikes onboard its European trips and its new escorted bike tours are designed to combine fitness with leisure. Port cities are home to the line’s new hiking tours. For other passengers, there are plenty of standard tours as well as Limited Edition Tours to give small groups additional opportunities to experience local culture.

I expect to try the ship’s “active” excursions along with Backroads’ daily bike rides. That’s why I’ve been working harder than ever the last six months to be in shape—spin classes at our local YMCA, daily work outs on exercise bikes or elliptical trainer, Weight Watchers.

My husband, I should note, isn’t the least bit concerned nor does my daughter seem worried about him being an embarrassment. “Didn’t mom fall off a bike in Italy?” she asked him recently. He explained I was riding a heavy, unfamiliar electric bike on a steep downhill curve.

She didn’t seem assuaged. “Do you think Mom can keep up?” she asked. After all my efforts to get fit, I resented that! This isn’t the Tour de France, after all, and my spin class teacher told me friends who had done a similar trip reported it was not difficult at all. I also was thinking that at our age, my mom never would have even considered such a trip.  But then, exercise was never part of their routine either.

Perhaps that’s why “active” trips are growing in popularity. This year Backroads is seeing a huge boom in our walking and hiking trips and this segment has now become the company’s fastest growing area, especially to Cinque Terra, Napa Valley and Iceland. Such hiking trips for families also are popular with families, including in Yellowstone and the Tetons and Hawaii.

A lot of us, it seems, don’t want to spend vacation laying about—for more than a few hours anyway. Certainly, there are more bragging rights!

After all, my younger daughter acknowledged after that lunch that I didn’t do anything “too embarrassing,” which I took as a high compliment.

Now, all I need to do is keep up with the group (though there is a van for those who get tired)—and avoid any embarrassing tumbles.  Let’s hope all my training has paid off.